macOS could not be installed on your computer

I have a Late 2011 Mac mini late 2011. It had macOS High Sierra installed, but due to some problems with language, I decided to delete everything and re-install it. But Now, I have this message when the Mac Mini restarts after the first installation: 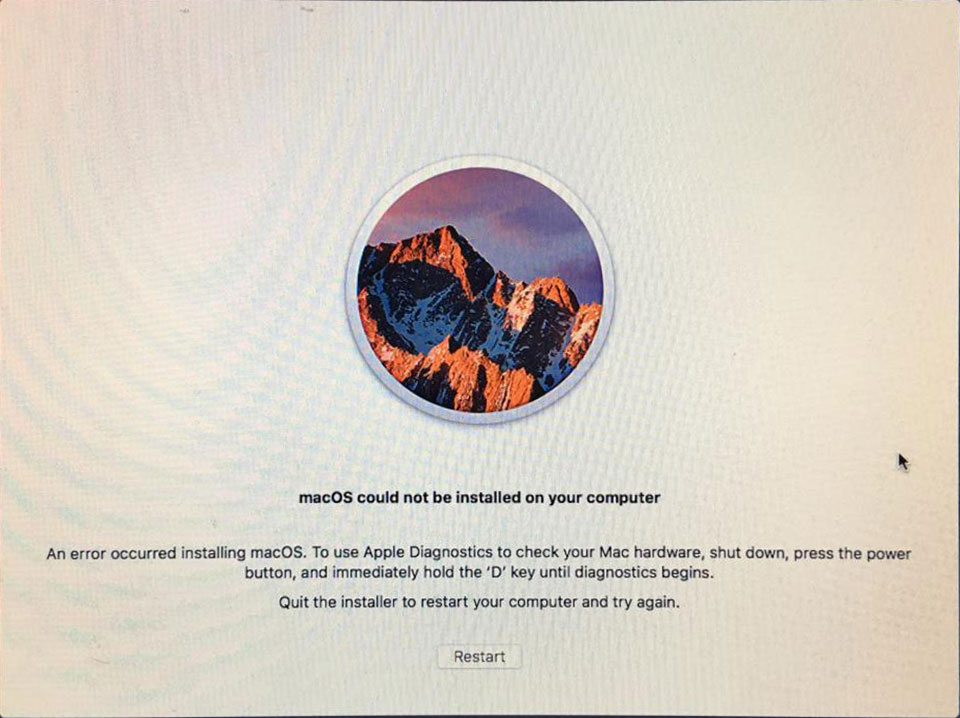 I even chose the deep analyze by Apple Diagnostics from internet and other where the RAM has been checked and No issues were found, it doesn't detect any kind of problem.

What should I do?

I have managed to find a solution!

The USB key that I used was crashing during the installation. Therefore, I went with Internet Recovery mode, and it is successfully installed.

Not the answer you're looking for? Browse other questions tagged macos mac high-sierra install mac-mini .

0
Deep sleep keyboard shortcut
1
Office 2016 on OS 10.11.6 - any known conflicts in 2017?
1
Installed PC 16gb Ram into Macbook Pro (15-inch, Early 2011) - Errors happening
3
Can a 2011 MacBook Pro handle the new macOS updates?
4
Unspecified Error when Trying to Install macOS High Sierra
3
What options for clean install of MacOS High Sierra after permanent error message?
3
Can I install Mac OS X on a blank SSD without any backups?
2
Should virtualize within MacOS or use a Hypervisor like VMWARE ESXi
2
Can I use the macOS from a late 2012 Mac mini on a 2011 Mac mini server?