I have an early 2015 MacBook Pro equipped with 16 GB RAM. The computer however appears to be never using more than 8 GB. This is a screenshot of htop with the computer under heavy load (Large postgres GIST index building): 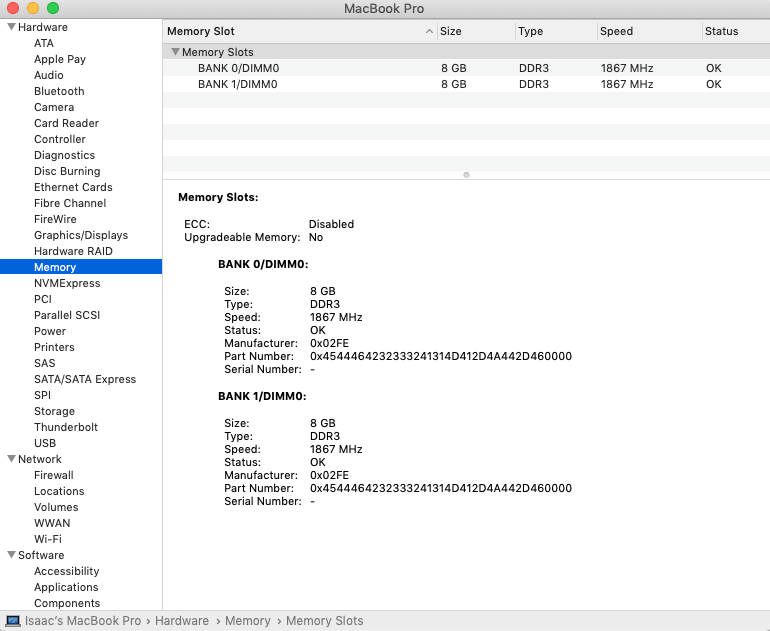 I'd appreciate if anyone has a clue as to what is going on. I am running macOS Mojave, but the problem has existed ever since I bought the computer.

There is no problem. Your computer is working as intended.

A computer does not “run faster” by using more memory. Memory is only used (allocated) when programs ask for memory. If they don’t ask for it, it’s not used. This is the preferred behavior as it makes your computer run faster and use less power without sacrificing anything really.

There’s no “8 GB limit” in Mojave, nor in your MacBook Pro hardware.

If you want to simulate program that is asking for lots of memory, then open the Terminal and run this command:

It should allocate lots of memory and hold it for 30 seconds, and then give it back.

You should be able to see it in Activity Monitor allocating ~8 GB of RAM. If you want to allocate more/less, then change the number "500000000" accordingly.

Not the answer you're looking for? Browse other questions tagged macbook-pro mojave memory .