When I run single-core computations on my 10-core iMac Pro, the CPU does not reach the advertised Turbo Boost of 4.5GHz but rather 3.8-3.9GHz. See plot: 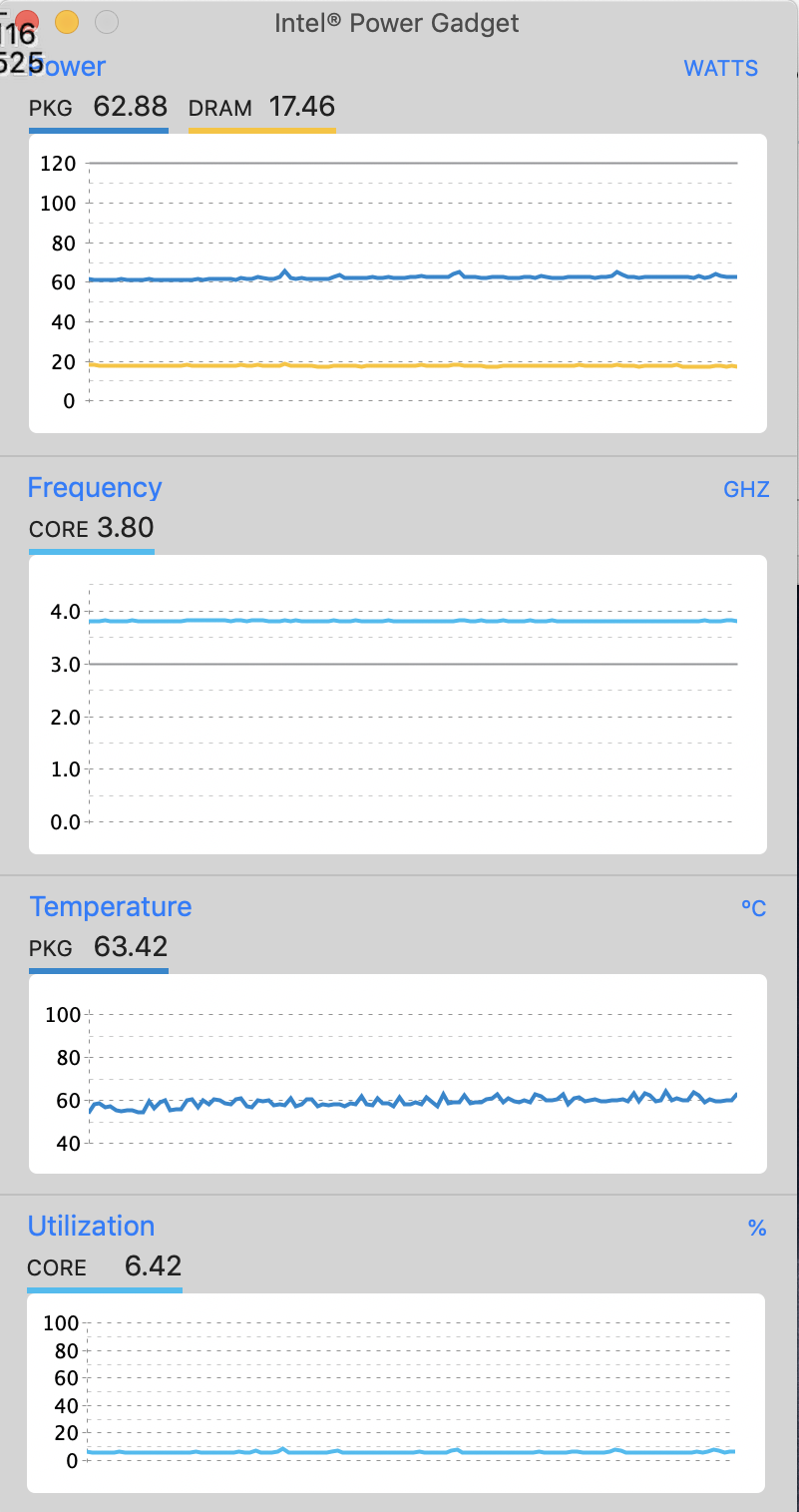 I am running a Mathematica code using only one kernel (note that there are 20 kernels as the CPU supports Hyper-threading). The room temperature is 24ºC and the fans are going at the minimum speed. Anyone knows why? Note that I am not asking what Turbo Boost is but rather why it is not performing as advertised by Apple.

Here it is said that the Turbo Ratios can be found using Console.app. Is this still possible in Mojave? I could not find AppleIntelCPUPowerManagement.

A general explanation on how the Turbo Boost feature is supposed to work may provide you some insights.

Essentially, central processing units (CPUs) are designed to operate up to a certain thermal design power (TDP). The factors within a processor's TDP include power, temperature, etc. So, at the risk of oversimplifying things, the TDP is the maximum amount of power the processor is supposed to use.

Intel's Turbo Boost function is dynamic. That is, it can scale up the processor speeds depending on how much thermal headroom is available. This process works independently of operating system, so it's purely a function of the Intel CPU and works the same way regardless of operating system.

In theory then, if you're running a 3D rendering program it'll probably only operate at its base clock speed because all ten cores will be used. However, if you're going to run software that only needs/uses two cores, then the other eight cores go into a low power state and the ones actually being used can utilise the turbo boost function to run at faster clock speeds.

The other factor that can come into play is the type of computations being performed. These days our computers can allocate certain tasks to the GPU instead of the CPU because the GPUs are better placed to perform those types of computations.

Going back to your situation, without knowing what else the iMac Pro is doing, how close it is to its thermal design power, the specifics of your single-core computations, or the working environment (ambient temperatures, etc), no-one here can provide a 100% definitive answer as to why the Turbo Boost feature isn't kicking in, or reaching its maximum potential. There are just too many variables that could be at play.

Not the answer you're looking for? Browse other questions tagged imac-pro turbo-boost .

35
What is the new turbo boost in the MacBook line?
2
How to reach the max Turbo Boost frequency with a 10-core iMac Pro