After the transplant was completed I fired it up and immediately got a light on the right side of CPUA: 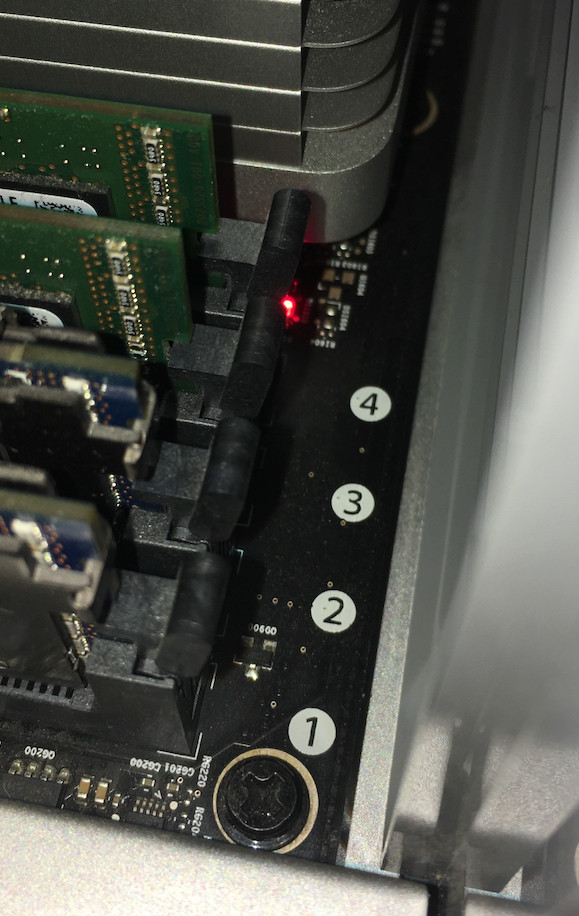 I held the power button in and immediately turned it off. This light then lit ("OVTMP CPUA"): 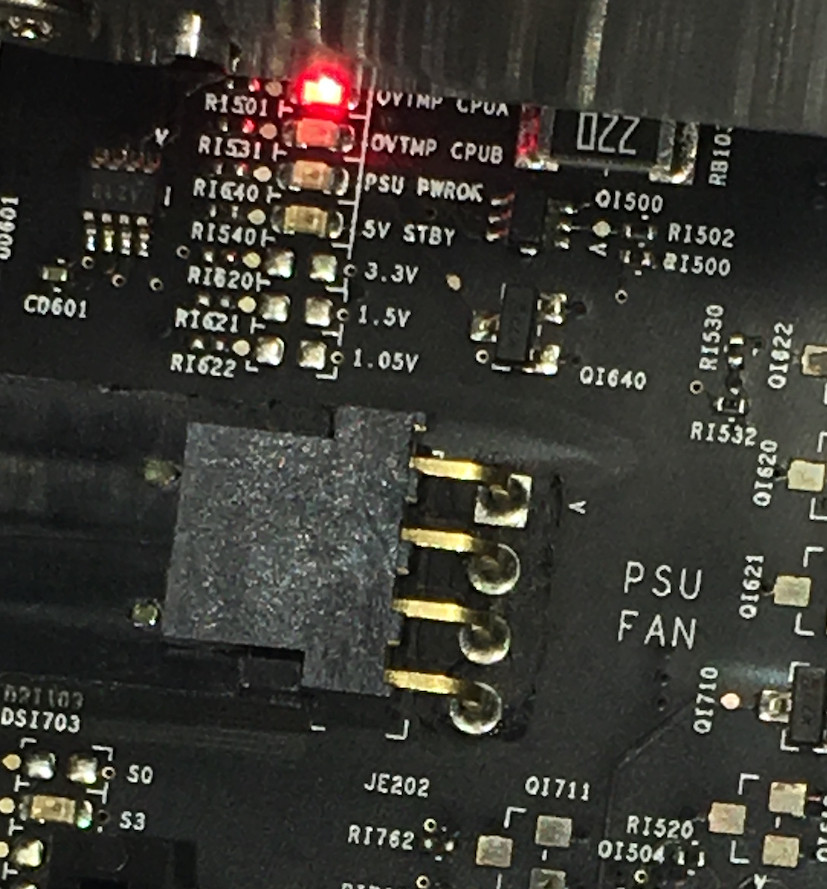 I figured something must be up with the heatsink as it seemed as though the screws for the 2009 heatsinks ratcheted down tightly and immediately instead of having some give that would indicate that it was in contact with the CPU (lidded CPU btw). Made me figure that perhaps the heatsink was not pressing down the CPUA processor enough. I also recalled that the previous processor that was in here may have been SLIGHTLY taller.

I then took the heatsink back off and put about .5 to .75 mm of copper cut to size for the Xeon lid and used thermal paste again to make up for this possible spacing issue. I repeated this for CPUB. The heatsink seemed to ratchet down better this time as I could feel some pressure being applied and the torque didn't stop immediately as before and thus i could torque it down a bit.

After doing this, I unfortunately found that the same error lights were emitted - no change.

I also went ahead got some additional feedback from the DIAG LED button: 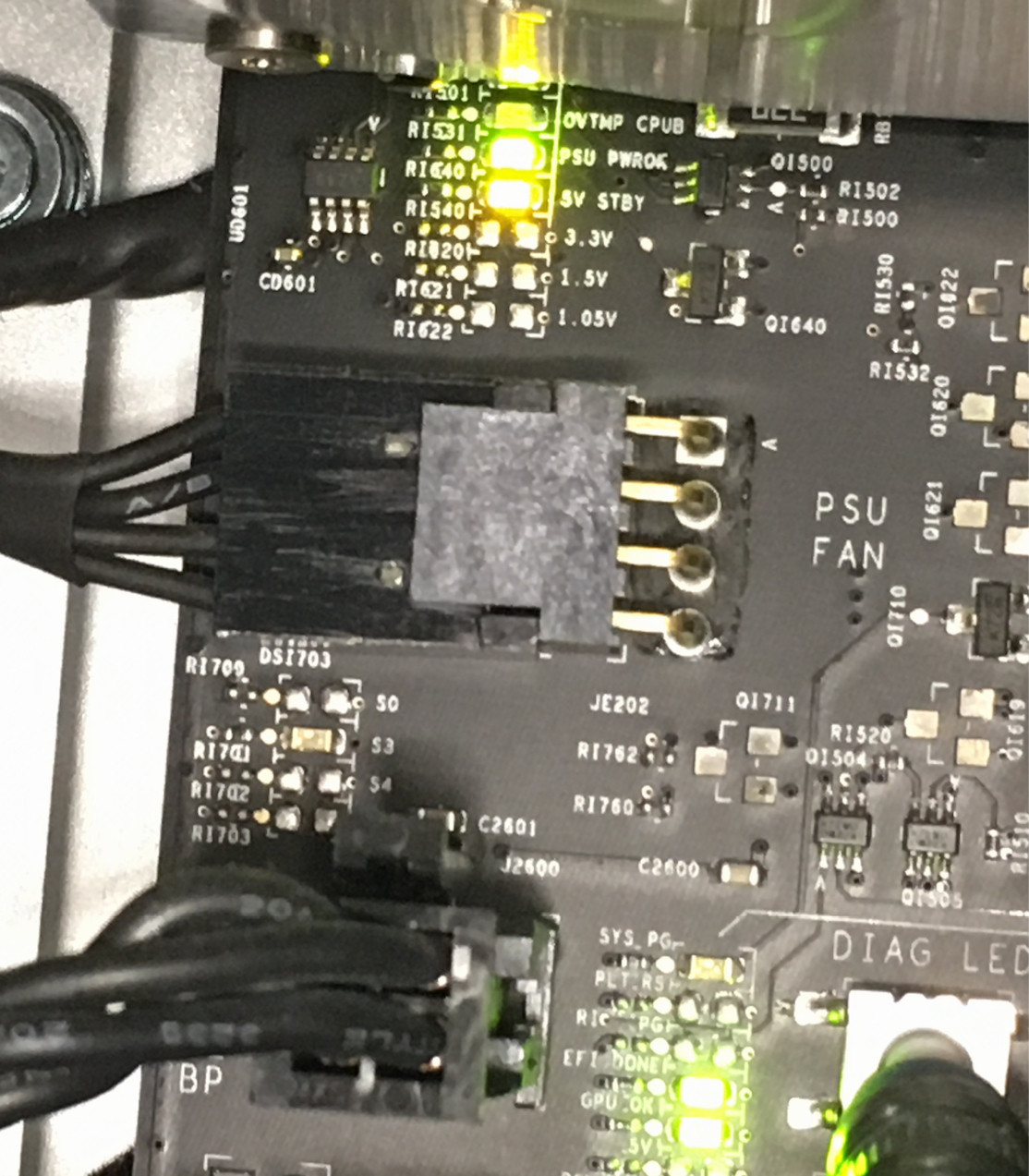 I'm not really sure what to do at this point. Should I add thicker copper to make the heatsinks apply greater pressure to these Xeon processors?

I believe Intel has pretty good heat protection for these processors, so I don't believe the processor would be "burned out" at this point, right?

Further, would resetting the motherboard by removing the battery and / or pressing the reset button beside the battery (above the 1st PCIe slot / behind the GPU) help at all?

Any other ideas aside from buying a new processor?

hardware mac-pro processor
Share
Improve this question
asked May 20 '19 at 1:47