My microphone is not working in Safari, but works in all other apps. I can't even find the Safari audio input/output settings.

Have a look in: Safari > Preferences > Websites > Microphone 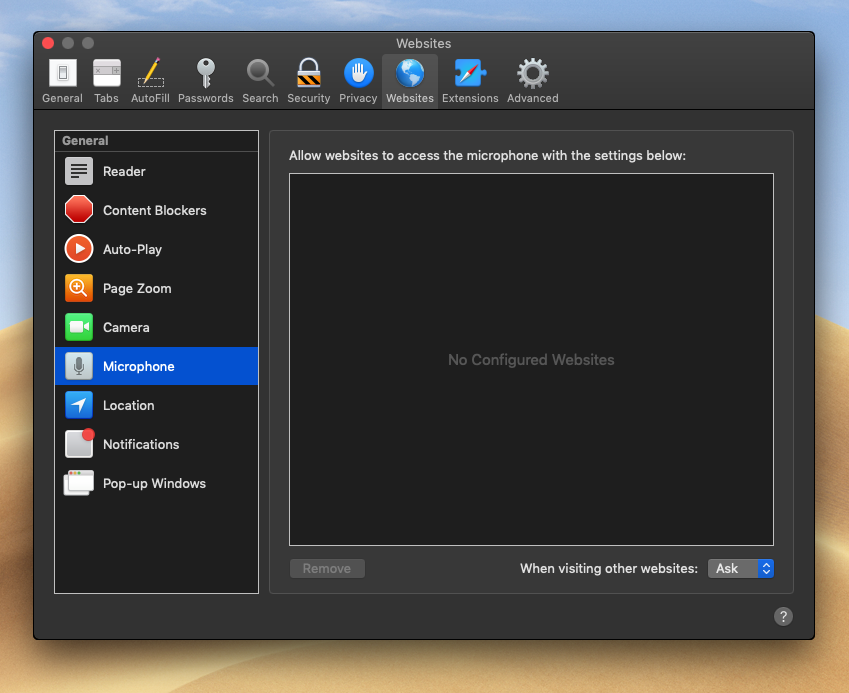 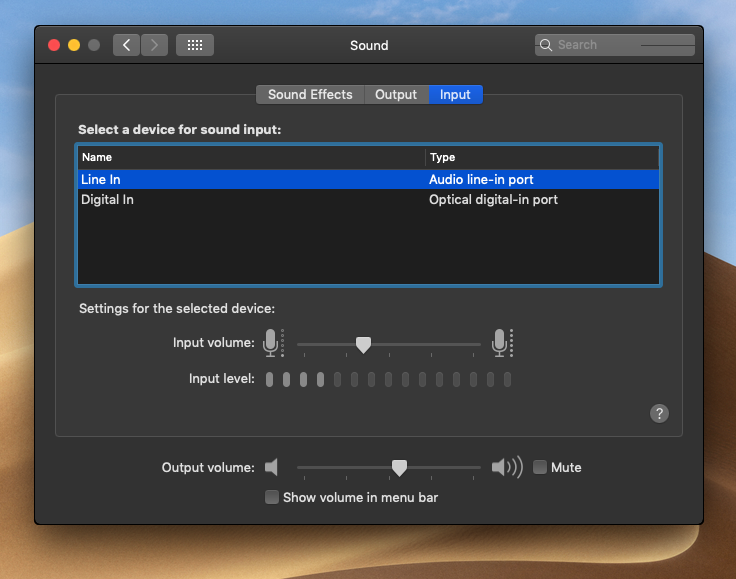 1
Use Dictation with Earbuds' Microphone
2
Internal macbook pro microphone not working on any browser, but working in apps (skype, slack, photo booth)
8
Dictation under macOS Catalina not working with display microphone
2
Can a multi-output device have an input?
7
How to boost microphone input volume above 100%?