Say I am in a Finder window (eg: ~/Documents/code ) and I want to be able to use a keyboard shortcut to open a terminal window with the prompt

Most of the questions are answered using mouse.

In System Preferences > Keyboard > Shortcuts > Services under Files and Folders there is a New Terminal at Folder shortcut which you can assign a keyboard shortcut to; however, it only appears on the Finder > Services menu, or the right-click context menu, when a Folder is selected. So if you have a Finder window open but no additional folder selected, it is not available. This may be fine for one's particular usage, but if not, then here is an alternative.

One way to open a Terminal window at the location of the current Finder window, using a keyboard shortcut, is to use AppleScript in an Automator Service (Quick Action in macOS Mojave), then assign it a keyboard shortcut in: System Preferences > Keyboard > Shortcuts > Services > ... 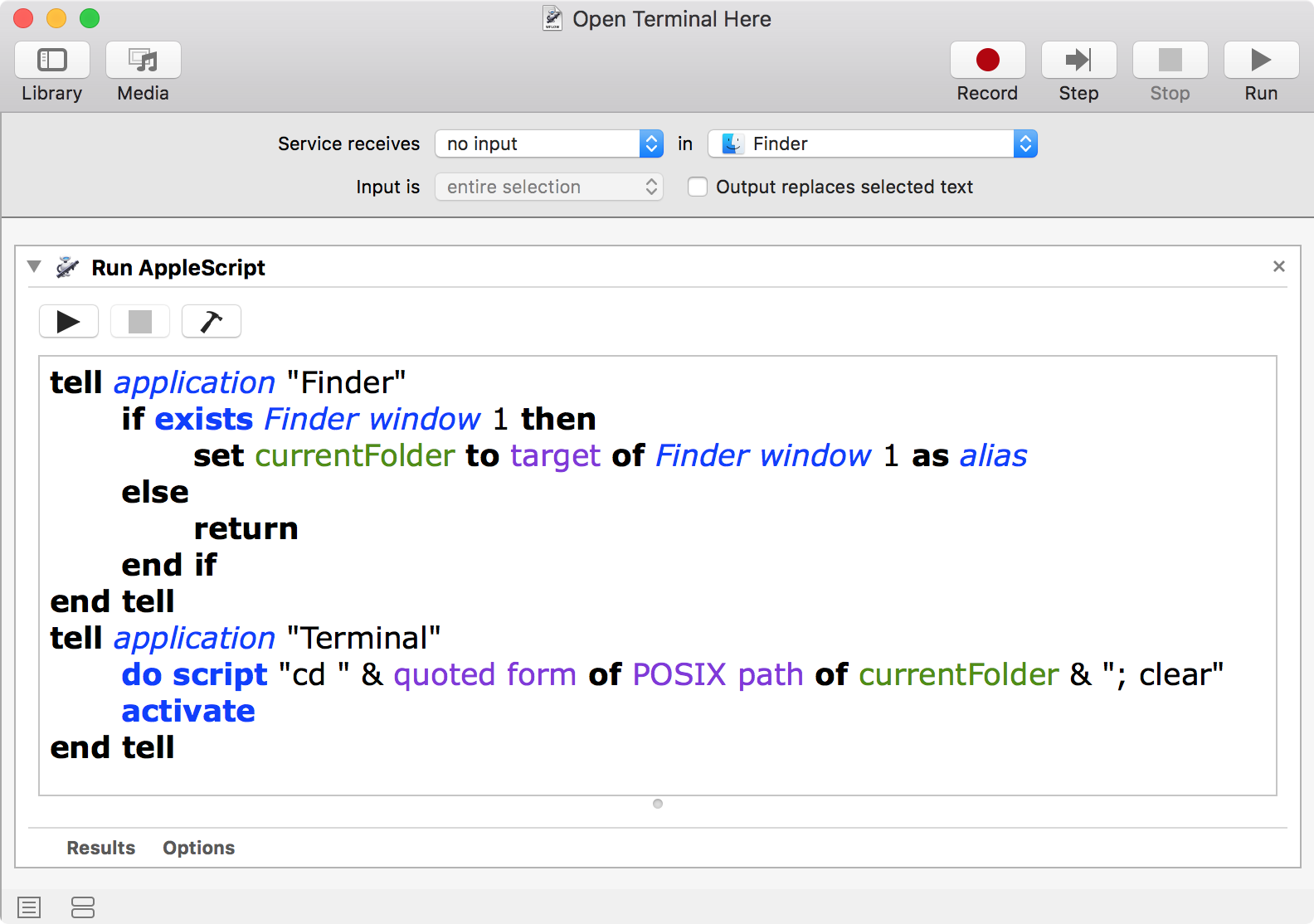 As an added bonus, you can also use the example AppleScript code saved as an AppleScript application in Script Editor and place it in the Toolbar of Finder, thus allowing one to click the icon to open a Terminal window at the current location when one wants versus using the keyboard short assigned to the Automator service. No third-party app required!

There is a 3rd party app named gotoshell available at the Macapp Store for free. This app enables you to put a small icon on your finder window tool bar. When you click the icon, a terminal or iterm2 window opens at the same directory as the finder window. The icon appears on all finder windows. An image of icon is shown below.

Not the answer you're looking for? Browse other questions tagged finder keybindings .