How to create an IPA file (non-payload folder method)

I'm trying to create an iOS IPA file using Xcode. I have archived it (Product → Archive) and it is visible under my archives (Window → Organiser), but Xcode says I can't Export it unless I have an Apple Developer Licence. 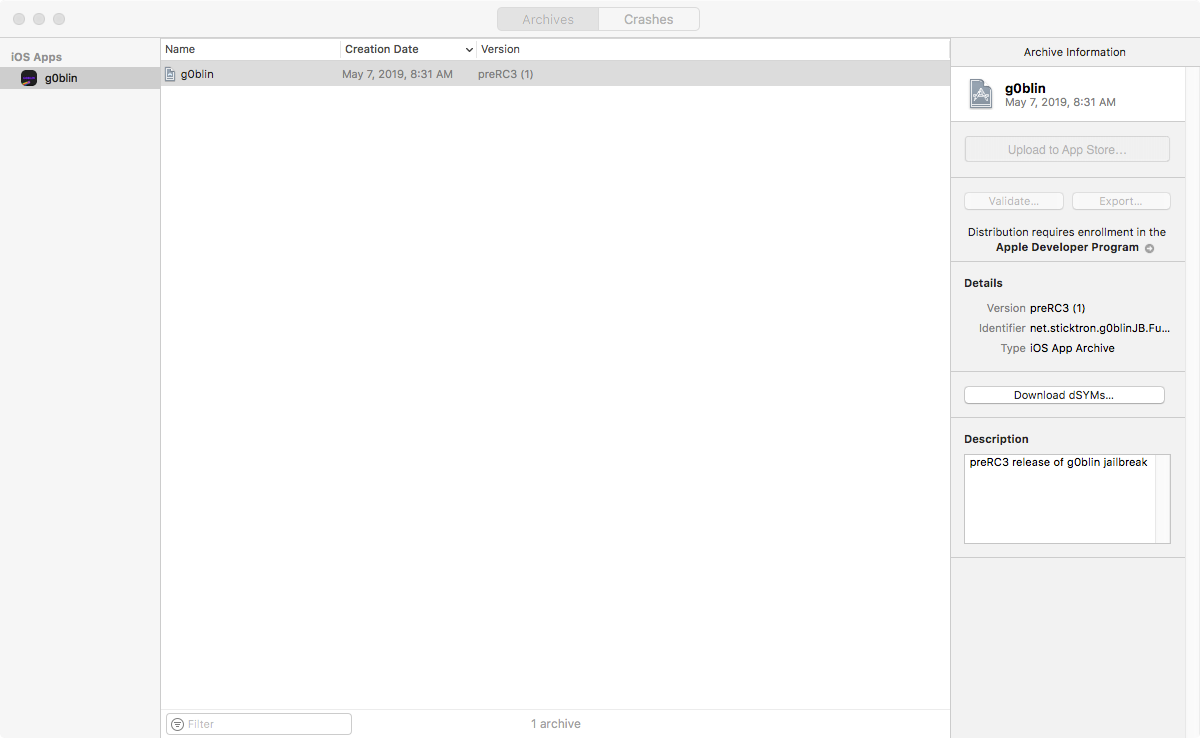 Is there any way to create a proper IPA of this (not by placing the .app into a folder named payload, zipping that folder, and then renaming the .zip to .ipa)?

When I try to do what is suggested here, this happens:

You can't create an ipa file without an Apple Developer Account.

You can create a free developer account and sign the app with a development certificate. You won't be allowed to distribute the app to anyone but you can use it on your own devices.

An overview of the different types of memberships are available here.

Not the answer you're looking for? Browse other questions tagged ios applications xcode archive ipa .

2
Can I obtain the Source Code for an app from its .ipa file?
0
Possible to build an IPA file on Linux/Window?
10
Remotely distribute an iOS app compiled in Xcode 7 without App Store, developer program sub, or jailbreak?
1
How can I download ipa file from ipad on El Capitan?
2
Open an IPA file from the command line
4
Download iOS app IPA file from App Store
1
Can I convert an IPA file to support a higher version of iOS?