First of all I know this problem and similar problems have been solved before, but I had tried the solutions from the other posts and I didn’t have luck.

I know klanomath has a lot of experience and have helped people with this problem before, but I don’t know how to contact him, so hopefully klanomath or someone can help me I have really important information in this drive.

So I have a Macbook air 2013 running Macos Mojave and my problem started because I made a partition to my main ssd which is in apple APFS.

I made a MS-DOS FAT 25 gb partition and created a kali Linux bootable file, I successfully installed kali Linux and everything worked correctly, but then I figure out that it was better for me to run Kali Linux inside a virtual machine. So I tried to delete the partition and this is where problems began.

This is where everything went wrong, my Mac rebooted and the missing folder icon appeared, I clicked on Internet recovery and found out in disk utility that my main mac partition was called disk0s2 it was not mounted and the partition type was FFFFFFFF-FFFF-FFFF-FFFF-FFFFFFFFFF. 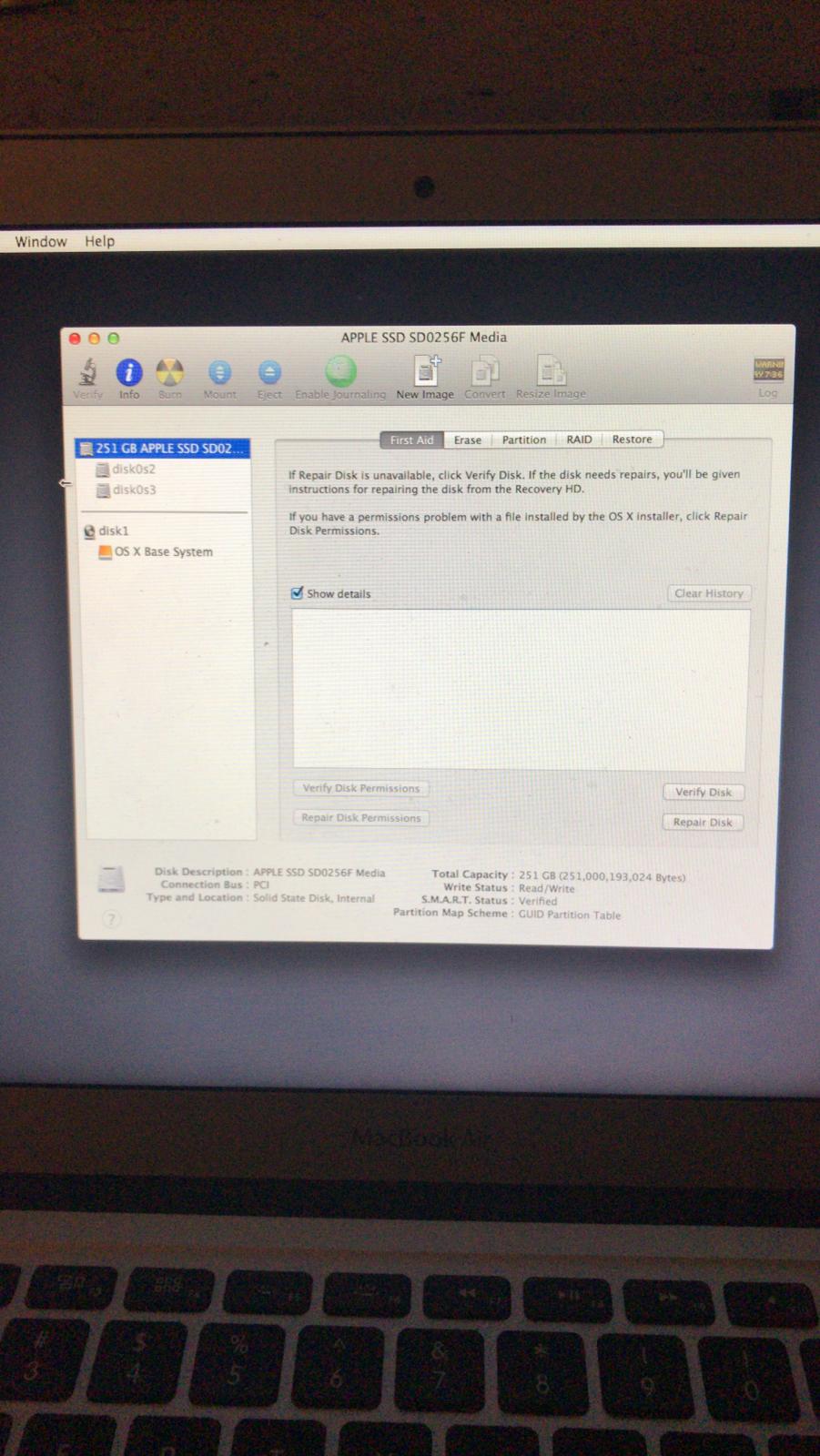 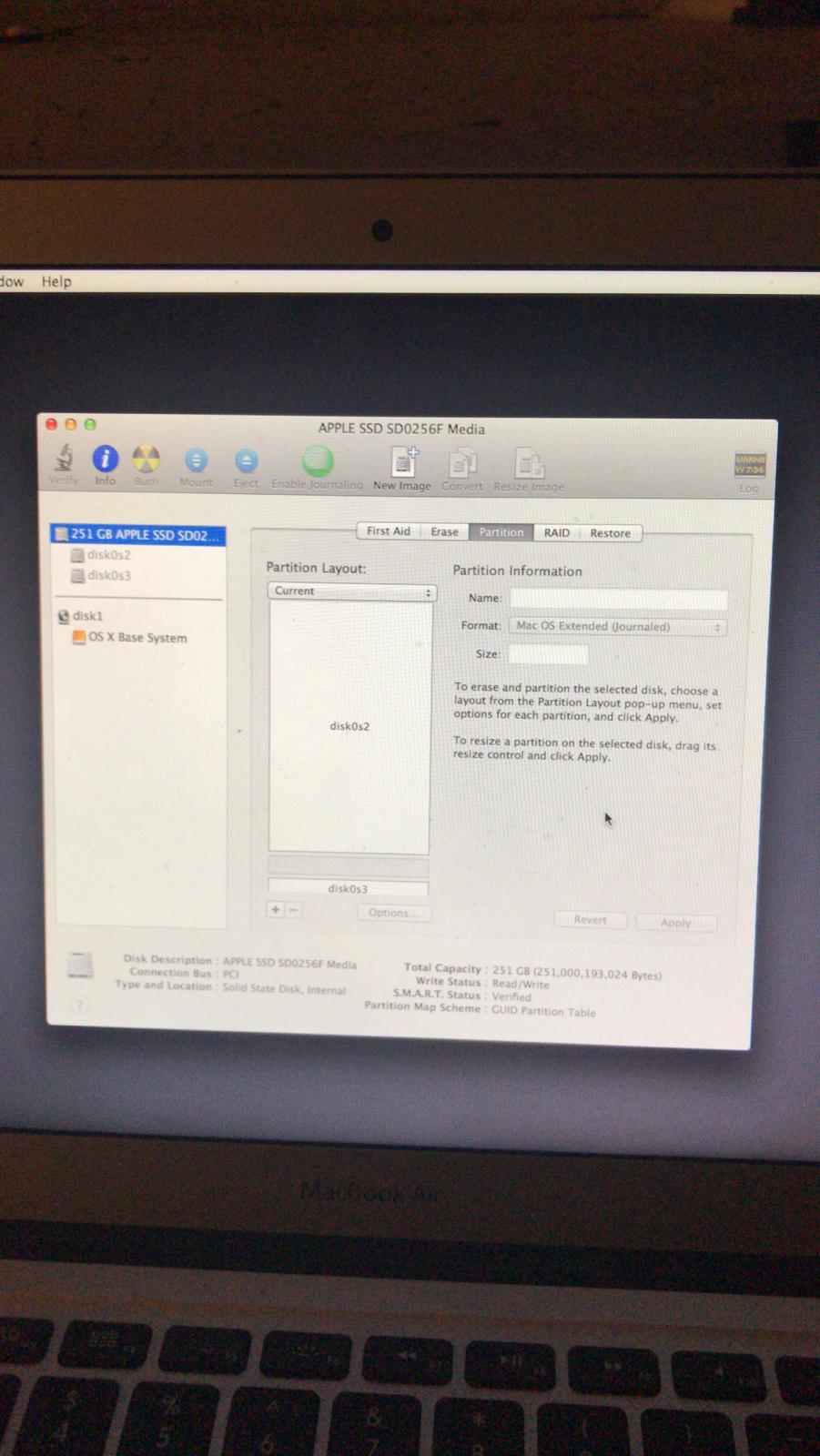 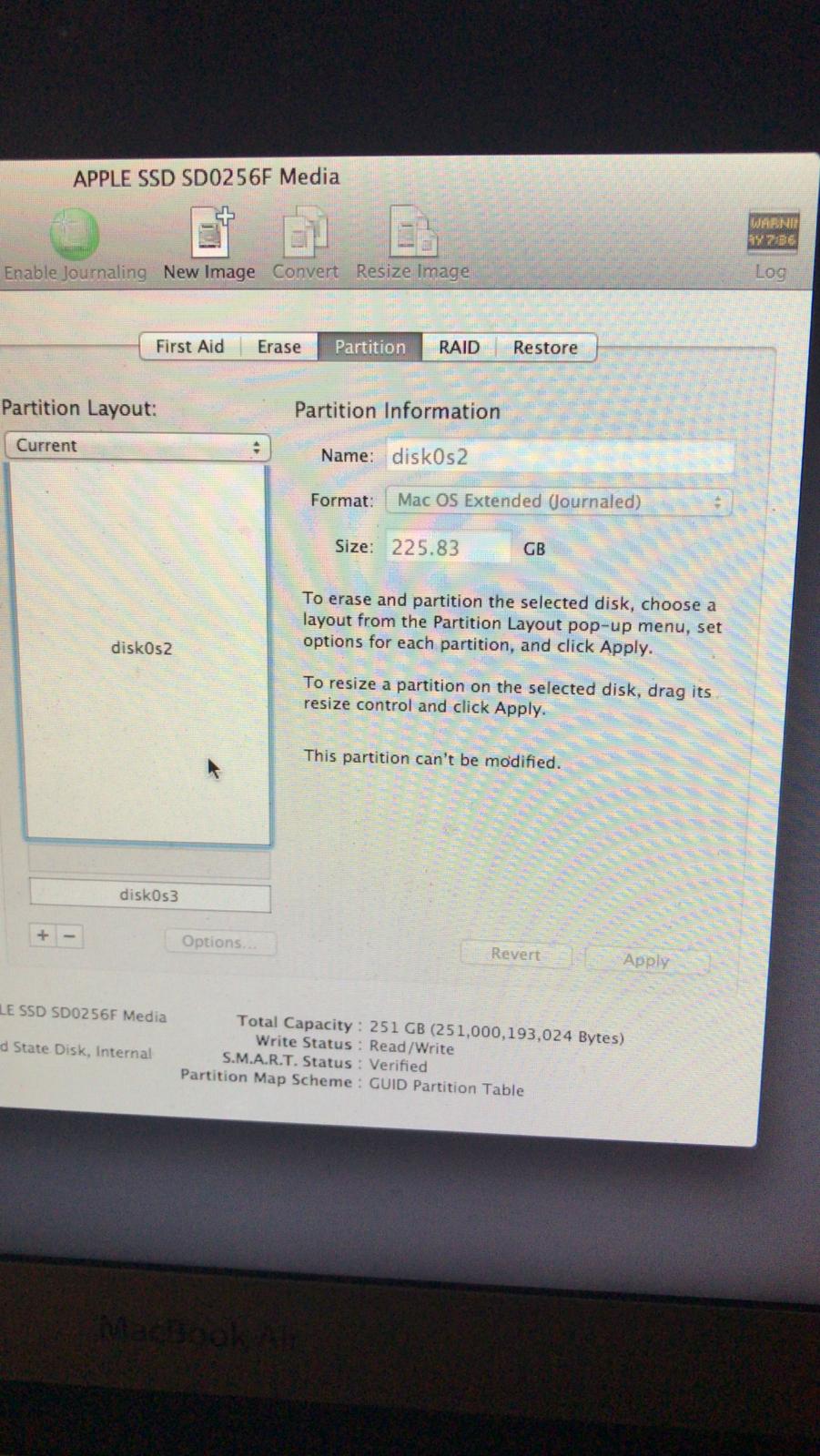 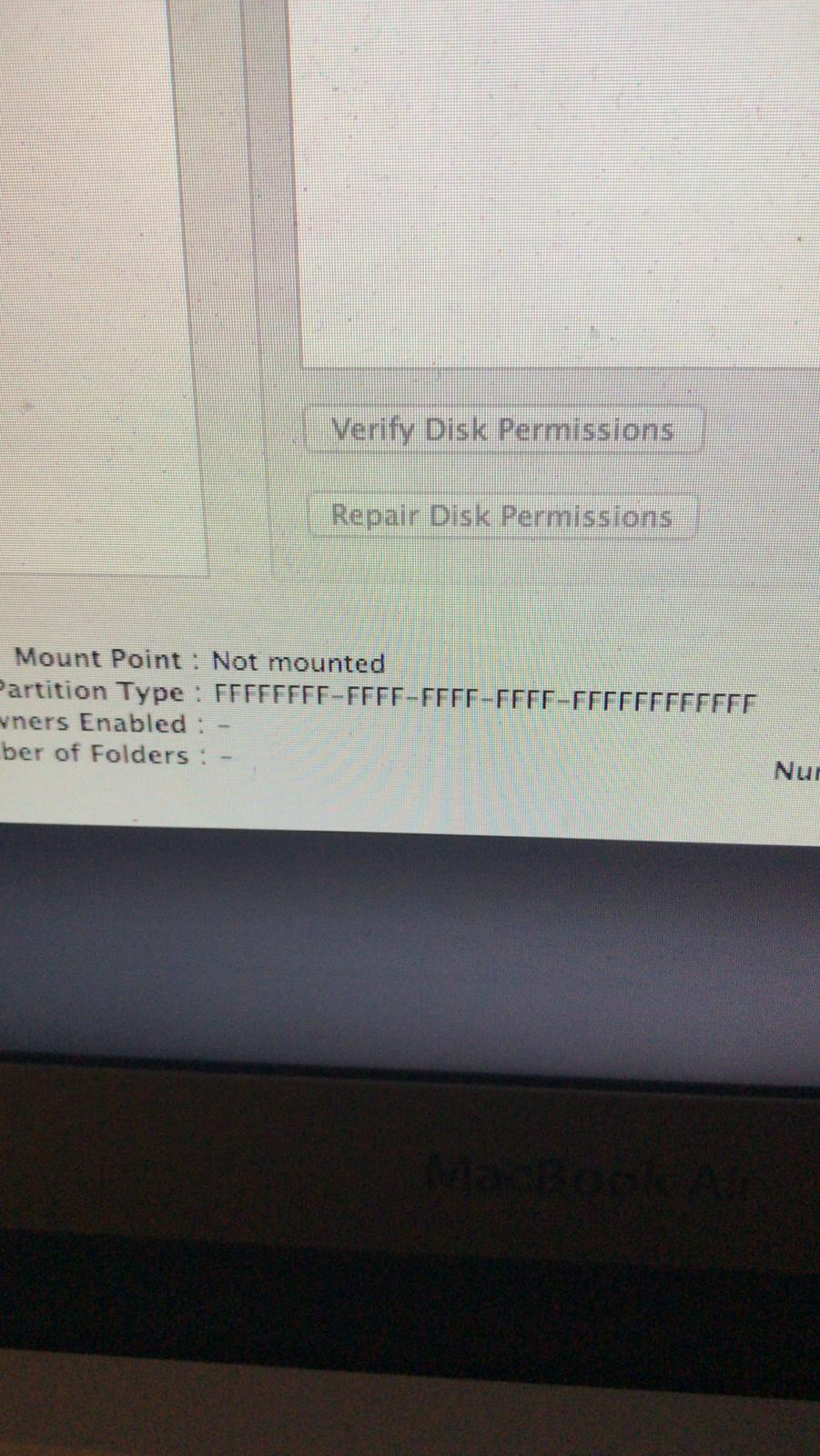 First I used this commands

and I found out that I had an APFS partition, 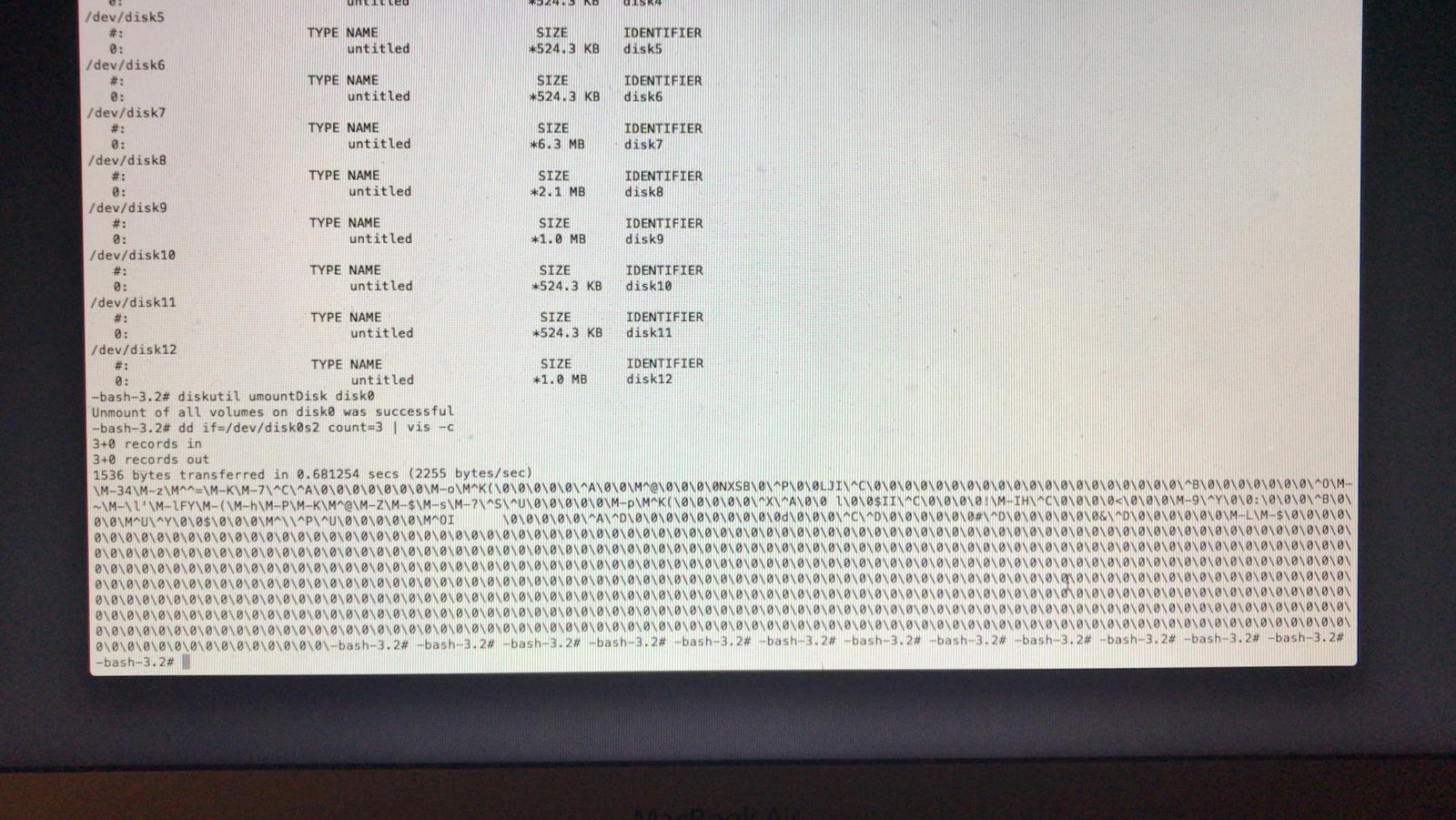 Then I continued with this tutorial and entered the following commands to unmount disk0, remove and re add second partition but with the proper size:

When I entered the last command to verify volume disk0s2 I would get an error telling me that it is in a wrong format and cannot be read. 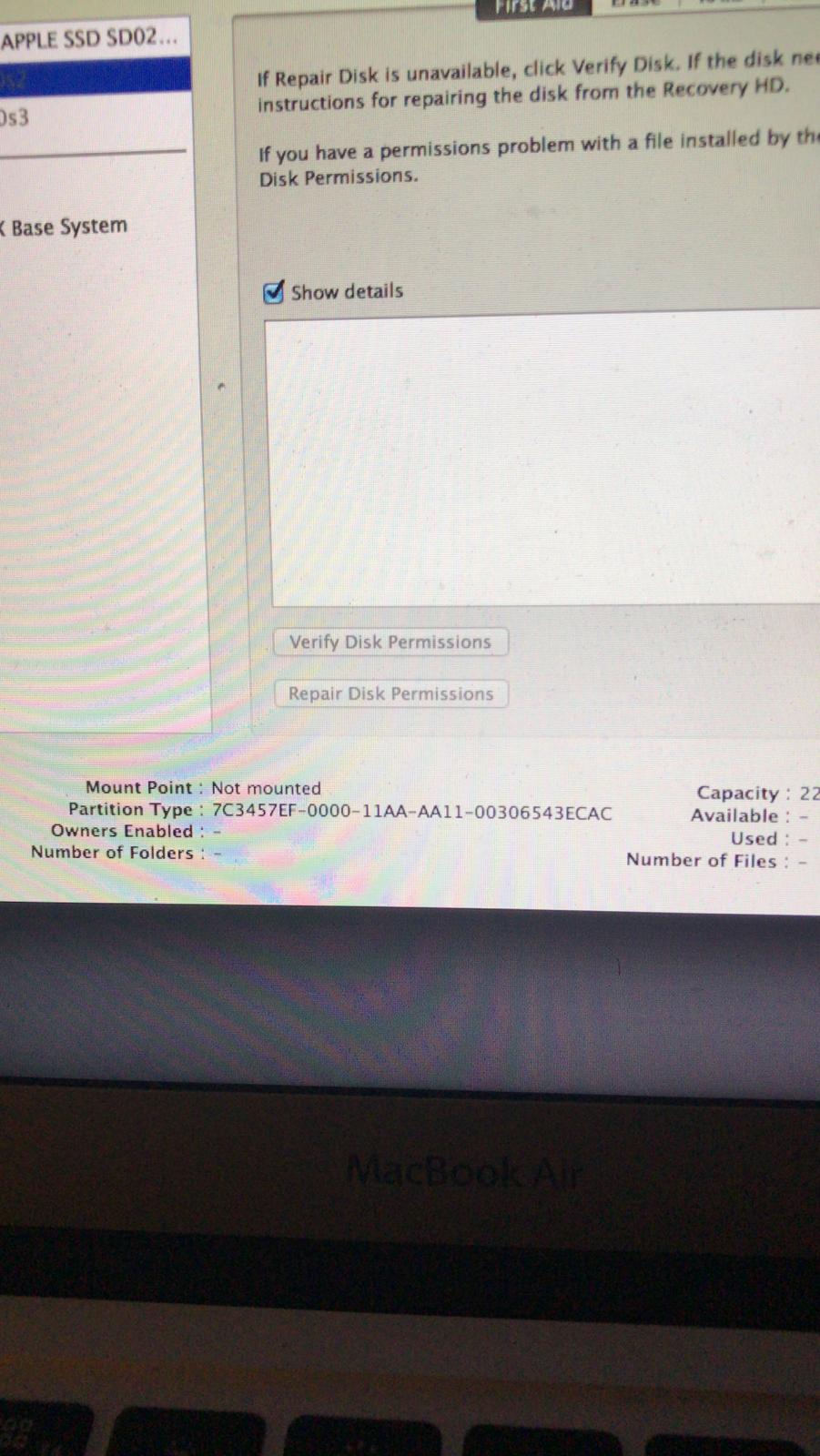 I thought maybe the problem was because I was following a guide with APFS format for High Sierra, so I founded this other thread for Mojave: https://superuser.com/questions/1368272/dual-boot-mac-linux-macbook-broken-after-creating-a-new-partition

I followed this solution and again I unmounted disk0 and remove and read disk0s2 with the following commands,

the tutorial said that if you had this problem, just type the following commands and so I did:

after the command “gpt destroy disk0” I started getting this error gpt add: disk0: error: no primary GPT header; run create or recover 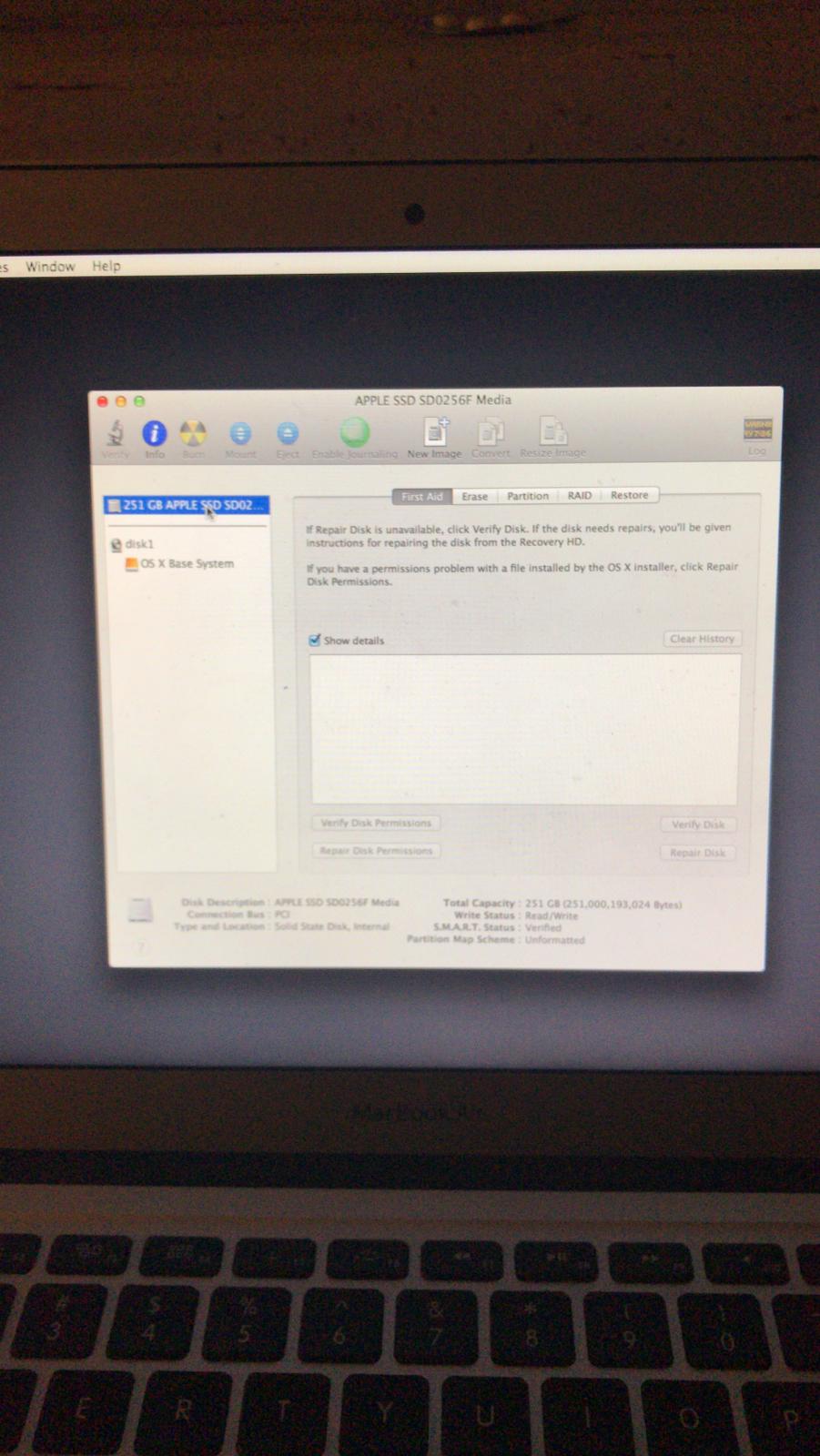 I started to panic out and I finally did this last solution to fix this problem, I entered in terminal: 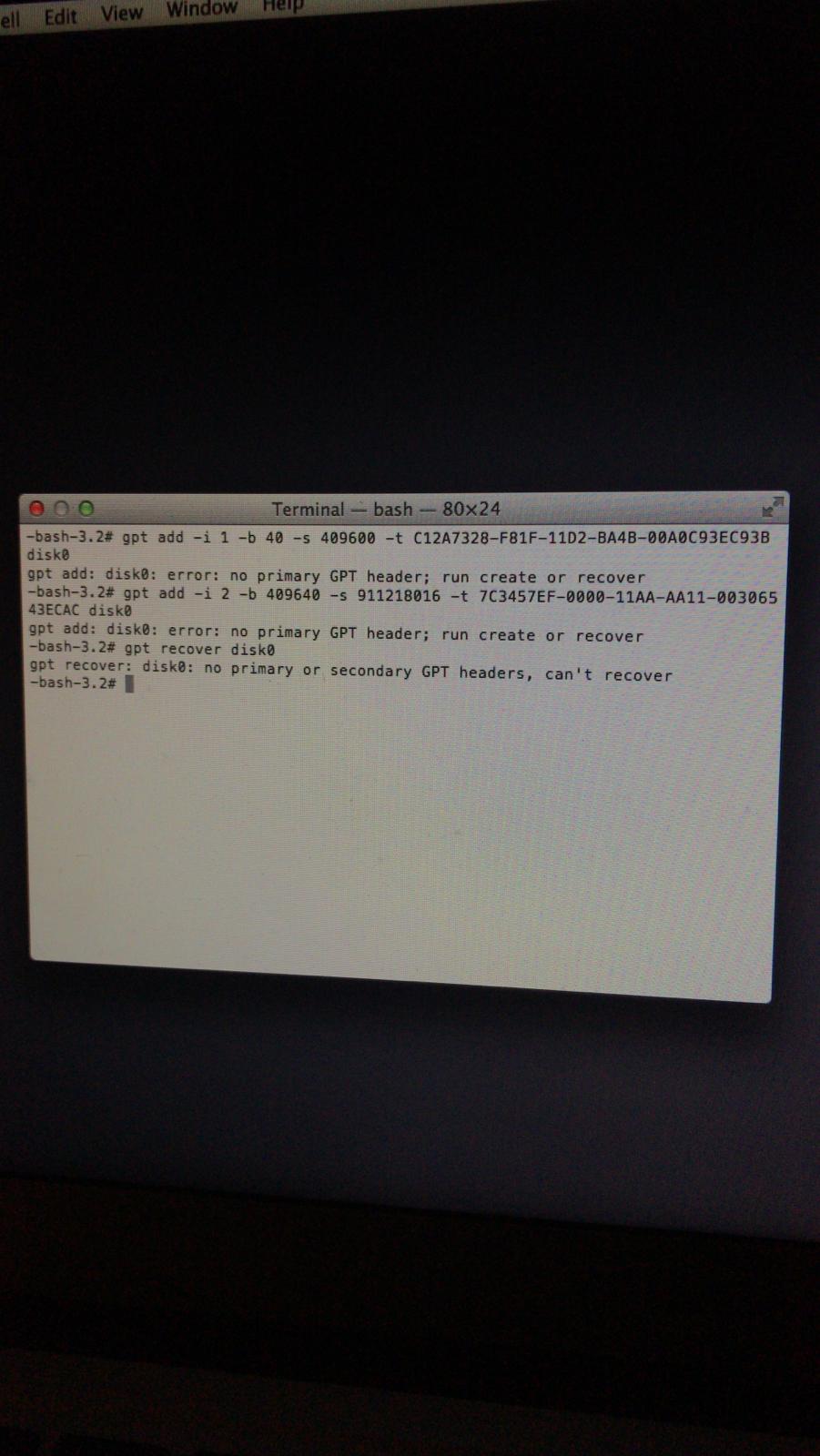 And this last command it gave me an error telling me the command is unknown.

So this is where I stand now, im in internet recovery and disk utility just shows my ssd without my partitions disk0s2 and disk0s3.

If anyone can help me I would really appreciate it, and hopefully it will help someone else in the future.

You put in your answer that you entered the command gpt -r show disk0, but the screen shots you posted do not reflect this. The funny thing is that the output from this command would have provided the information needed to fix your Mac. Unfortunately, entering this command now would be pointless, since you have destroyed the needed values when you incorrectly entered subsequent commands. Basically, you blindly entered the commands posted in the referenced questions/answers without modifying the integer parameters to match your configuration. However, there is good news. One of your images contains the string NXSB\0\^P\0\0LJI\^C\0\0\0\0. From this string, I can determine the size of the disk0s2 partition is 441078368 sectors. The rest of the integers shown in the commands below are guesses based on my experience.

If this works, then consider yourself very lucky.

If you do boot back to macOS Mojave, then you can enter the command given below to reclaim the space formally occupied by Linux.

If you are curious, the command below converts the string back to hexadecimal and printable ASCII character values.

Note: It is important that the string be enclosed by single quotes ('). Do not use double quotes (").

The output is shown below.

Not the answer you're looking for? Browse other questions tagged macos disk-utility partition boot recovery .