How can one filter MULTIPLE processes in Activity Monitor?

How can I look at several processes at once, instead of just one?

For example… typing in bash, shows bash processes.. how to I show both bash and say httpd?

First thoughts.. bash|httpd, no. Or bash httpd, no. Long story short, nothing i tried worked. Is it possible? 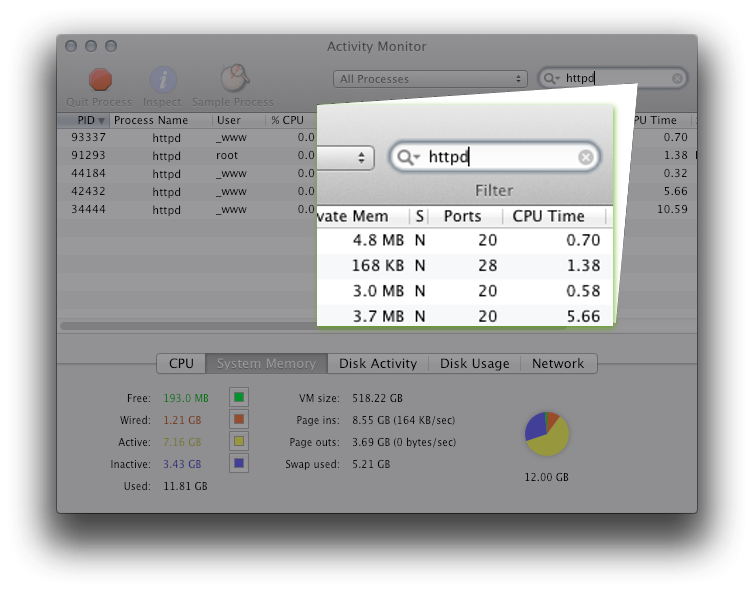 This doesn't seem to be possible with Activity Monitor. Unfortunately top doesn't accept several pids to monitor either, so you have to revert to a half-manual (and rather unelegant) solution using Terminal:

Given some basic bash skills you can wrap this into a shell script if needed often.

Or open several terminal windows and run top on specific processes in each of them. Might be kind of heavy on your CPU though...

Not sure when this feature was added (the original question is 8 years old at the time of this writing) BUT, this is possible now. Just hold ⇧SHIFT or ⌘COMMAND to select multiple processes in the Activity Monitor window, and then go to the View menu and choose Selected Processes: 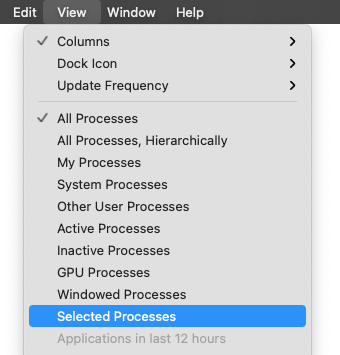 To supplement @Patrix command line suggestion: use grep to match multiple PIDs by name. For example:

Samples processes matching either bash or httpd every 2 seconds over 5 queries (10 seconds total to run).

Not the answer you're looking for? Browse other questions tagged activity-monitor monitoring .