I am trying to copy iCloud web form passwords to a local keychain as per this tutorial.

However, I keep on getting the following error. 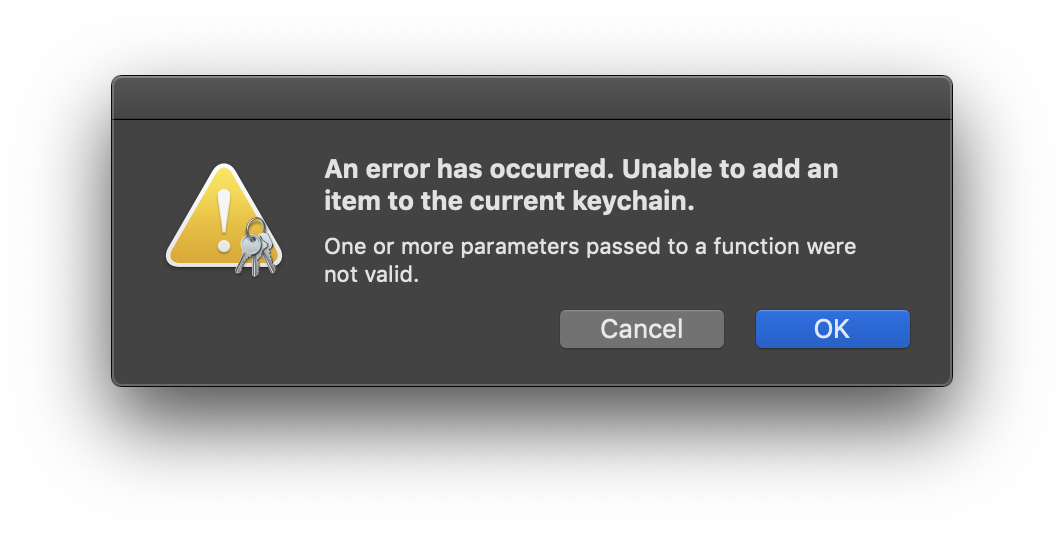 When copying and pasting from login, it works successfully so the problem must be related to iCloud Keychains.

Other people have encountered this problem:

Contacted Apple Support. They couldn't figure out so an engineer is gonna take a look at log files.

Engineer responded with something like "While third parties may support exporting from iCloud and previous versions may support it, current macOS versions doesn't support it by default. But it maybe supported in future.".

Based on how low level the error message is, I suspect that this feature was broken unintentionally and Apple is just too lazy to fix it. I interpret the engineer's statement as something to the effect of "Oops, we broke some really useful thing that some people used, and we are too lazy to fix it so I am just gonna say its not supported anymore, but give a cushion of 'we may support in the future' incase someone complains enough and we do decide to put it back in.".

Due to Apples special encryption method used for iCloud keychains, it is nearly impossible for a third party to decrypt it, even with the password and due to whatever reason, Apple has stopped supported exporting to local keychain, which can be decrypted by third parties.

After looking more into it, the entire implementation seems to be open source. If anyone with the skill would like to take the time to figure out how to decrypt it, that'd be pretty cool. Here's the links:

You'll find a dropbox link there. Download it, and follow the instructions to run the AppleScript for Safari 11/12. It will run for a while and collect every password item from Safari preferences and in the end, write them to a CSV file.

Not the answer you're looking for? Browse other questions tagged icloud mojave keychain .

6
Export iCloud items from Keychain to CSV
2
How do I compile Apple's Security framework?
0
Error when running security in Terminal
1
Keychain Access Webform Passwords Greyed Out

8
iCloud Keychain - view online
10
Unable to sign out of iCloud on OSX Yosemite or disable Keychain
15
OS X is repeatedly asking for login keychain password
1
Cannot copy and paste in Chrome with macOS Mojave
1
Notes, Drive and Keychain not syncing to iCloud from Mojave
0
cannot paste my metadata keychain password