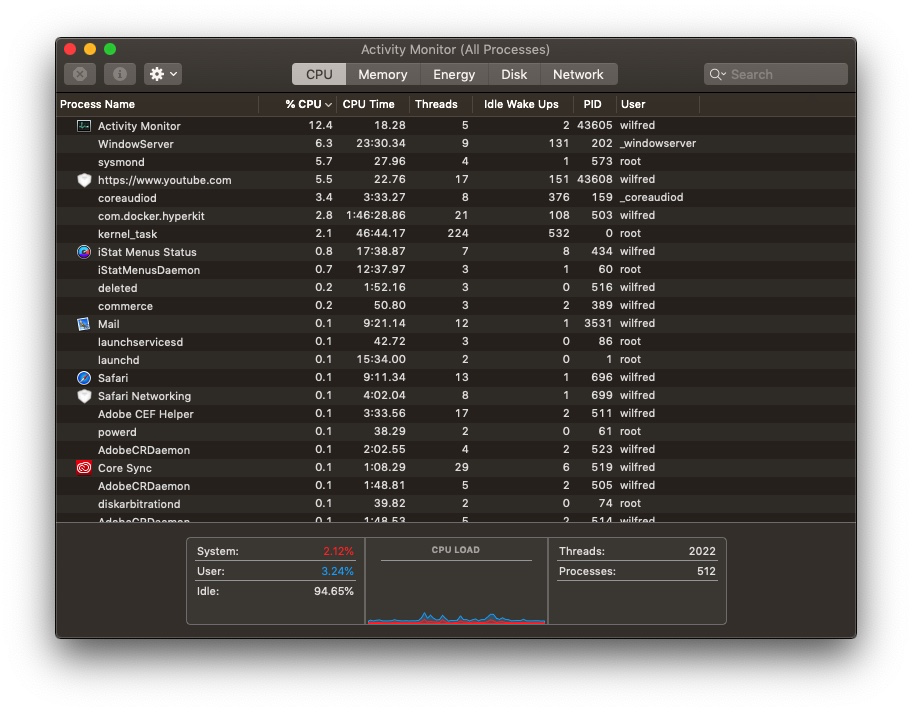 Appreciate this is an old post, but I was experiencing the exact same performance issues with Chrome on my 2012 Macbook running Catalina. As soon as I opened Chrome, according to Chrome's own Task Manager, the "Chrome Browser" process was eating CPU, resulting in my Mac sounding like an Apache helicopter whenever I had Chrome open, regardless what I was doing in Chrome.

After uninstalling all extensions, then Chrome itself, and re-installing everything, no change!

What has worked? Taking the screws off the back, removing the bottom panel and removing the fan and the subsequent magic carpet of dust blocking the fan assembly. Put it all back together, my Mac is now silent and the Chrome CPU munching has gone. Assuming increased thermals resulted in throttling which Chrome and/or OSX didn't like.

In my case, "ten separate entries of Google Chrome Helper in Activity Monitor, each individually using around %0.5 of my CPU"(more like 40 entries) turned out to be caused by ads served by pubmatic. Installing adblocker made Chrome CPU utilization go from 98% to 3%-4% immediately. My device is a mid 2014 MacBook Pro.

As used with Google Chrome, pretty much often my Apple MacBook Pro 2020 (i7 with 32 GB of RAM) had a fan spinning hard and temps were going up to 90°C.

What worked for me and something that anyone never spoken about (to my great surprise) is to simply disable Hardware Acceleration in Google Chrome settings.

11
Stop Chrome from switching to dedicated GPU
2
How to decide which is the better browser for me: Google Chrome or Safari?