I recently switched to macOS Mojave Dark Mode, and I like many aspects of it.

But there's one thing that really gives me trouble, i.e., using the App Switcher in front of a window that is mainly dark/black.

When I use the keyboard shortcut, Command + Tab to invoke the App Switcher, the switcher highlights the currently selected app using a black frame. Black frames do not work too well when they are used transparently above black background.

I did then turned to the Accessibility settings to Reduce transparency but that actually made things worse.

Is there a way to somehow fix this problem?

(I installed HyperSwitch as a workaround. The UI part works much better there for me, but the actual logic of app switching is "wrong" when using multiple screens, so that render it a no go for me)

Two screenshots are shown below. The first one shows the App Switcher with the first app (iTerm) selected.

In the second one, now the selection is on Google Chrome (which one can somehow guess from the fact, that the app name is highlighted below the icon). 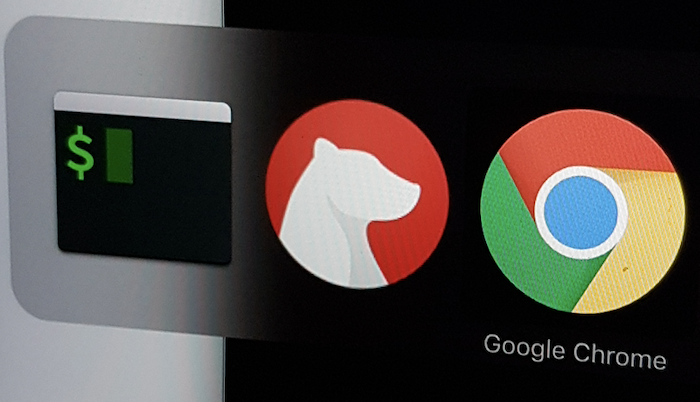