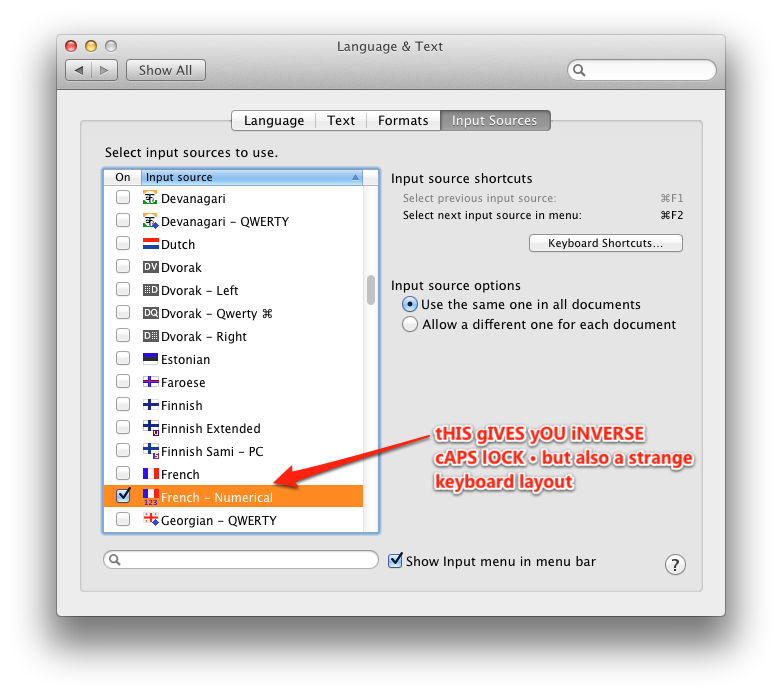 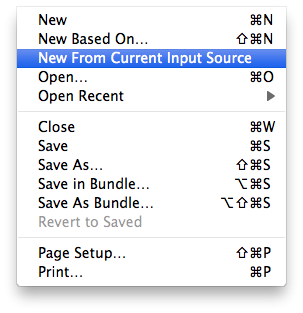 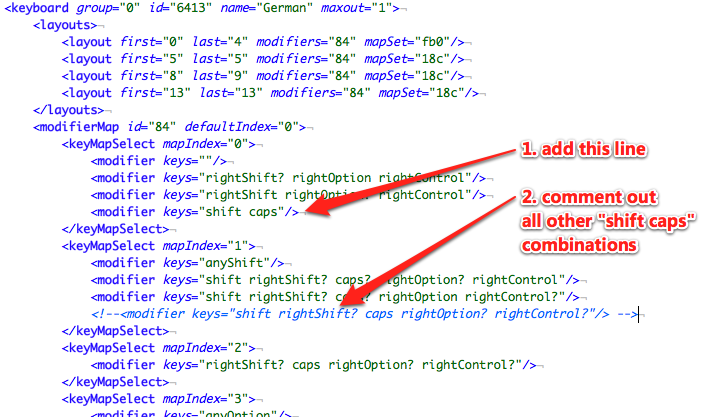 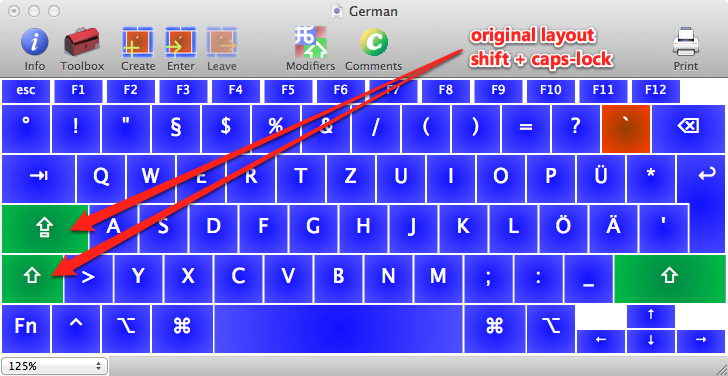 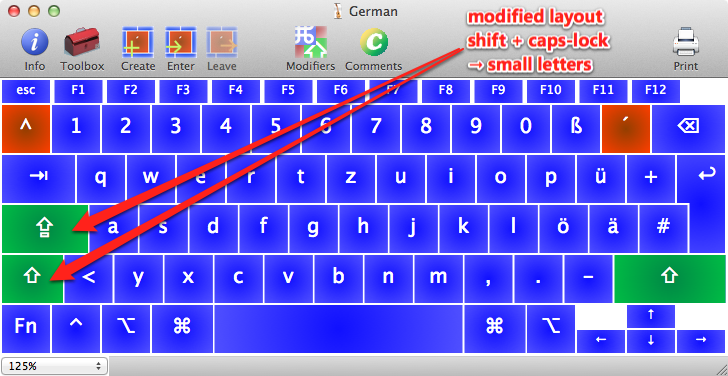 Thank you Félix Saparelli! Your custom layout works beautifully for me on macOS Big Sur 11.2.2. I followed the instructions here to install by saving file.xml as "/Library/Keyboard Layouts/us_en_caps_lock_fix.keylayout", rebooting, and selecting the new Input Source. This layout has "shift inverts case" behaviour, symbols are produced when shifted, and numbers are produced when not shifted.

2
Is there a way to make caps lock behave like it does on other PCs?
12
How does one type an "É" (capital e acute) in the French keyboard layout in Mac OS X?

1
Caps Lock not working on 10.6.7
11
How can I disable the caps lock key?
1
Macbook Air's keyboard malfunction after spill. How to work around it?
3
How can I make Caps Lock work like it did prior to Sierra?
6
Can I make fn + caps lock enable caps lock when caps lock is mapped to control?
7
Apple Extended Keyboard 2 - Caps lock key doesn't work in macOS High Sierra?
2
Caps lock key to behave like non-toggle modifier
0
"t" key always pressed on mac