Run siri commands in a shortcut, connect to airplay

I can ask siri to connect to my apple tv through airplay with the command “play on bedroom”.

“Bedroom” is the name of my apple tv

Is there any way of doing this with a shortcut?

Today, on iOS 12.2 it’s not possible to select the output of music from the shortcuts app, so you’re not going to be able to automate that via tap or via Siri shortcut. 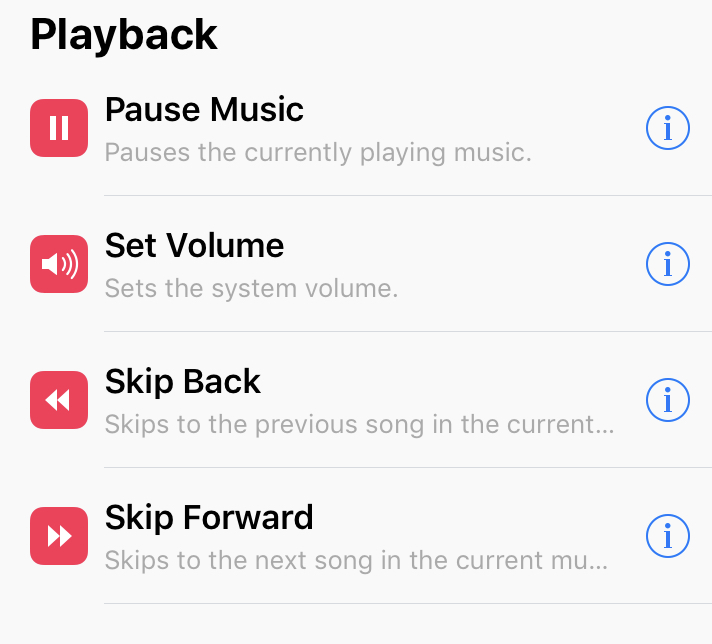 The good news is if you already are using AirPlay - the shortcut to play something leaves that alone, so you could automate playing something else to the current sound output destination for music.

This function is so awesome, that I bought a HomePod so I could have Siri play music I can hear. That way my AppleTV and iOS devices can output sound there as well as it being the Siri that listens to what I want to hear.

Not the answer you're looking for? Browse other questions tagged ios shortcut .

1
AirPlay to “iPhone Speaker” (iOS 7)
0
How might I make a shortcut for switching my macbook into airplay screensharing mode with my apple tv?
1
Deactivate shortcut launching airplay
0
Setting a durable pin-mark in maps by using Siri
1
How to create Siri shortcut for Animojis
3
How do I determine what Siri commands an app supports?
1
iOS Shortcuts feed Siri command via text input