A bit of preface: I'm currently a Windows user but I'm looking into switching to Mac for work purposes. This of course means that I'd be staring at the UI of OSX for about 40 hours every week at least which is significant enough to cause strain to my eyes.

What's even worse is that I have weakened vision (essentially a mix of color blindness and snow blindness) which means that the default white/light gray theming of OSX is too bright and not high contrast enough for my eyes. In fact, the default UI is unusable to me.

I'm aware of the "poor vision" mode of OSX, but it's just a color inversion. My vision isn't that highly impaired that I would appreciate the whole operating system to look like ass at the expense of readability. Instead what I'd like to do - as I can do in Windows - is to change the UI colors to relatively neutral medium to dark colors, but so far haven't found a way to do it. As a color scheme this isn't anything new, especially lots of graphics related applications nowadays use these darker tones a lot. For example here's a screenshot Microsoft's Expression Blend 4 which is pretty close to what I'd want the UI to look like.

So, how can I change the colors/styles/whatever used by OSX (preferably 10.7 Lion) to either match the linked screenshot or be fully modifiable on the fly?

Neither MacOSX nor iOS offer to change the OS theme. If you want to do this, you need to use third party software.

What MacOSX does offer, is changing the color profile and calibrate it in System Preferences -> Displays -> Color -> Calibrate.

I've played around with different options and found the option "Cool bluish white" to be much easier on the eye: 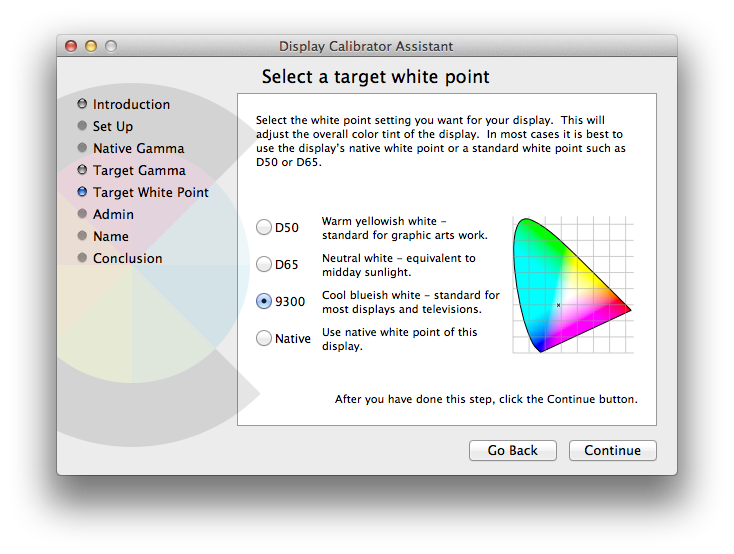 I myself, also have poor eyesight, not simple weakening of the eyes but something more along the lines of what you described. For me, then, theming applications aren't simply a lark, but essential in order to get anything dome, as I stare at the monitor over 12 hours daily.

I have in the past designed some highly respected themes (well, highly respected by the people that make these things themselves, anyways - and still available on Michaels' Mac, incidentally, which is the website of the former "Resexcellence" founder). very usable moderately dark themes as they were easiest on the eye.

I found the best, and safest way to do this was via "Shapeshifter". Unfortunately, since Snow Leopard OSX 10.6 came out, Shapeshifter (like a whole lot of other applications) no longer works, and in fact that change effectively put the developer completely out of business.

For the last 2 years I've been looking all over for something else like it, and only just now have found something.

It's called Flavours,and it's so new that it didn't exist when you wrote this question. It works the same , essentially, as Shapeshifter, that is, by hooking into the graphics between the system and the display, meaning it doesn't alter any system files. It is also, the only thing I have EVER seen that can create transparent, or translucent, drop down menus in Snow Leopard and above. It claims to have a built in editor, but I can't figure how to access it, or if it does, it's as pretty poor editor. Nevertheless, it has many of the same themes that existed on shapeshifter, and MANY MANY visibility options. If only I could find out how to create white system fonts with it.

Again, this application is called Flavours I'm booted into a different version of OSX so don't have the link..It's easy to find however via Google, and is Mavericks capable also.

As long as you're not going for a dark theme you will definitely find something very visible.

I know this request is 2 years old but poor vision affects almost everybody as they get older, so there's many others who can benefit, including me! Took me 2 years to find it, so I thought it important to post.

You might also look into using flux as that can be an easy tool to modify the color / contrast of the screen. I use it to change to softer lighting at night but there is no reason you can't set it to be different all the time.

First of all, on a Mac if you go to System Preferences, then to Universal Access there is a colorblind mode that inverts the colors. There's also a shortcut: ctrl+⌥+⌘+8

If you need more than that, there's Black Light. You can use it to change the tint of the screen as well.

I know this is a bit late—but in the newest version of OS X, there is now a system-wide Dark Mode!

You can enable it in System Preferences > General. 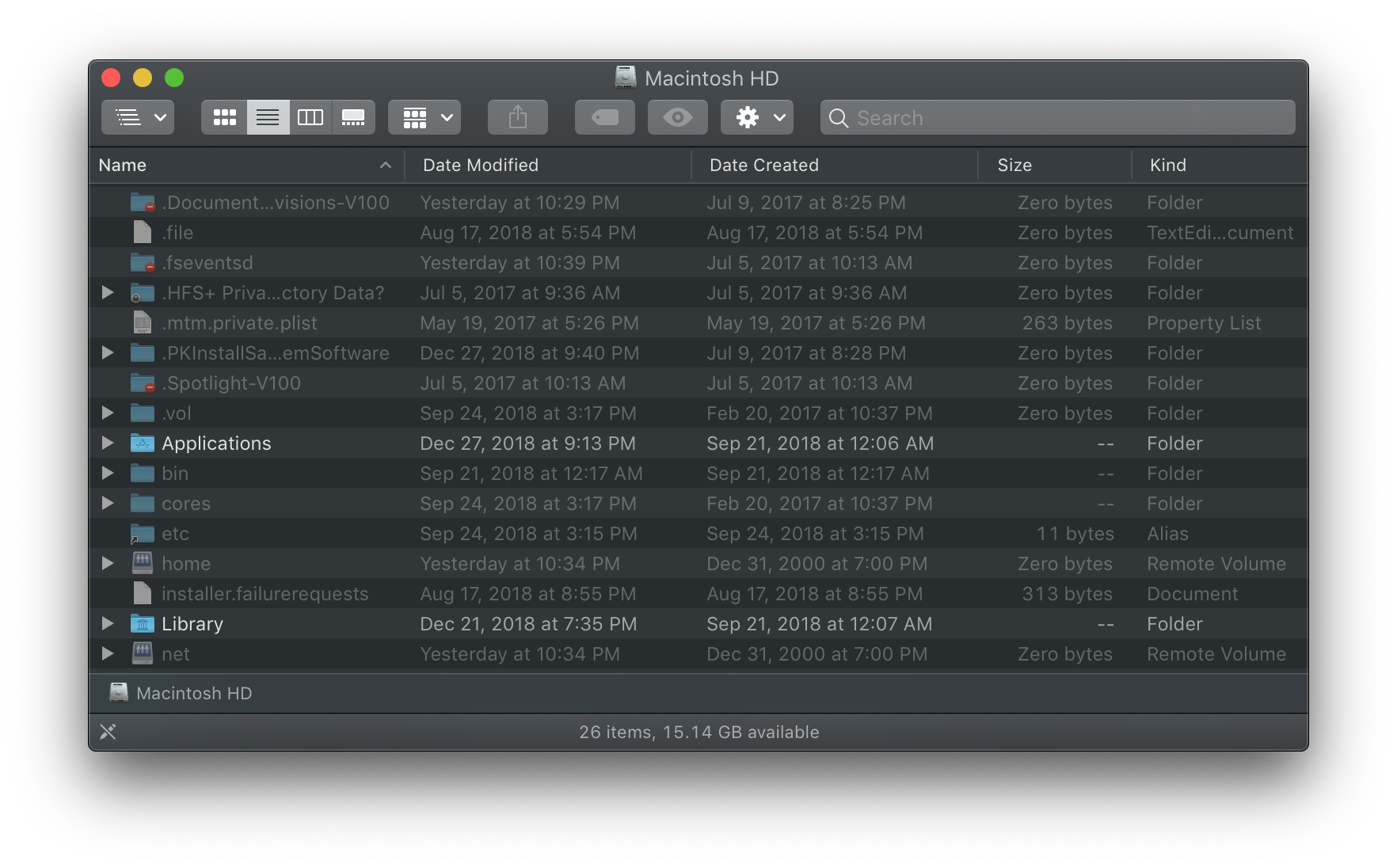 47
How can I browse photos on iPhone in Mac OSX?
5
Colors are different when SSHing onto a Linux machine from iTerm2. How can I standardize them?
3
How can I set dark mode for Word documents
1
How to configure the colors for Terminal Profiles
1
How to add colors for Charts in Numbers v6
3
How to make the colors of the Mac more dull/faded?