How can I script the keyboard backlight settings?

I'm looking to change settings with a script, but I can't find where the plist data for the keyboard backlight settings is stored.

For example, in the System Preferences, I'd like to modify the preferences in the Keyboard section with a script. These ones: 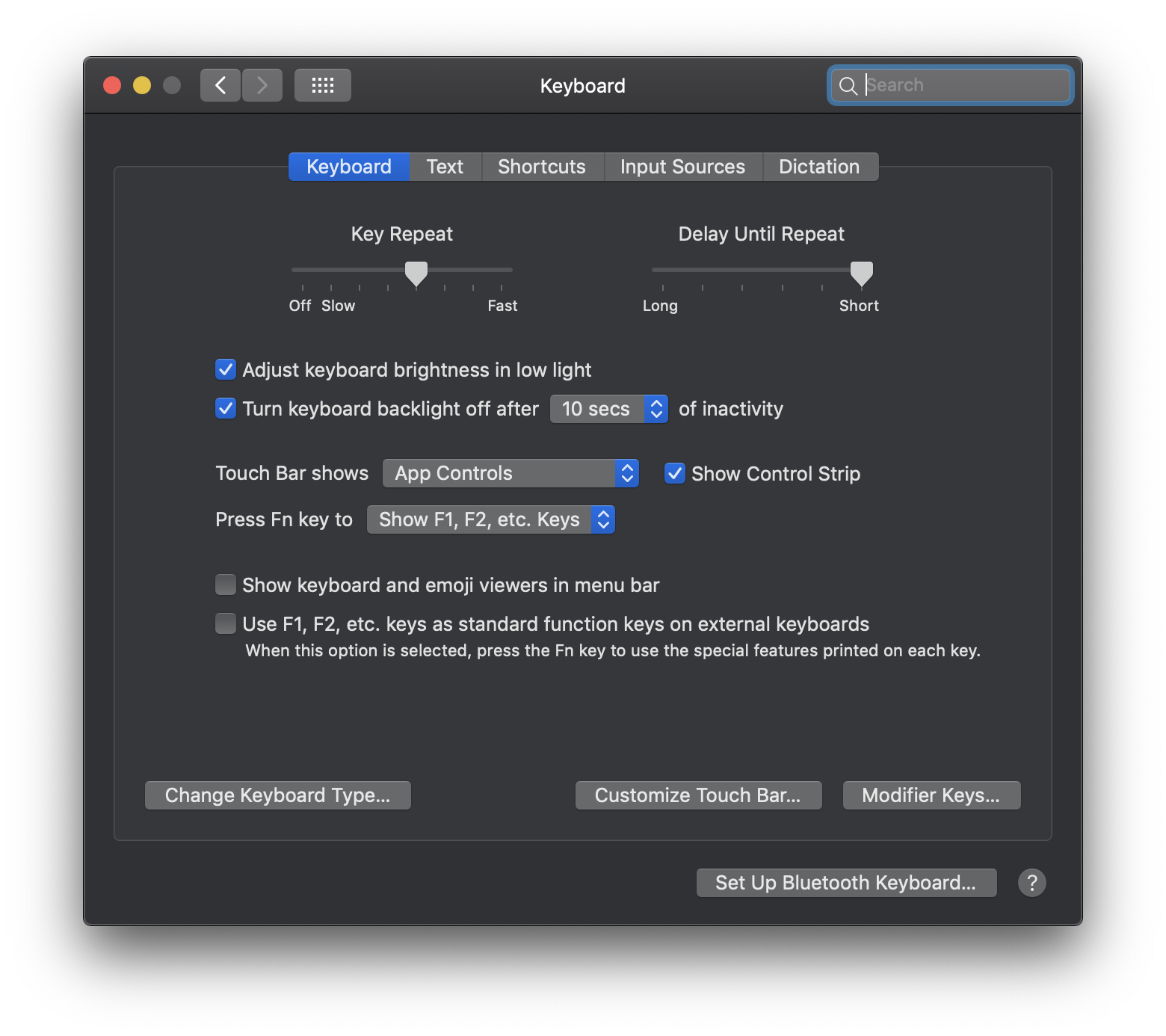 Normally how I find a setting is

How can I script the keyboard backlight settings?

Short answer, TLDR: No, a simple script will not suffice for what you are trying to do. But ...

You will have better luck using a third party like this one: https://github.com/pirate/mac-keyboard-brightness. His code can take user input and manipulate the keyboard for you. But I am not sure if this was tested in Mojave but you are welcome to try.

Long Answer, for the curious:

You can safely test with your sound on your Mac using information about removing kexts here, but be sure to back up your files: http://osxdaily.com/2012/05/30/how-to-completely-disable-audio-sound-in-mac-os-x/

Take a look the code written there by Pirate, in his code in keyboard-brightness.c he does a good job dissecting the Mac. You can see how a bit more complex your script would be if you tried to tackle this through code. A simple bash script would not suffice.

In Pirate's code you can see that he accesses the keyboard light with the Foundation framework and the IOKit framework, written in Objective C/C++. If you are comfortable with this language then you should try to dabble more with his code.

Why running defaults didn't catch anything? The reason defaults doesn't show anything is because defaults is meant to edit plist files only.

You can also see a list of all your installed kernel extensions under:

In terminal you can see which keyboard kext file you have by running grep:

I do not have a laptop, but I am safely assuming you will also have a keyboard kext file that will look similar to mine:

Where can I learn more about the IOFramework? https://developer.apple.com/documentation/iokit?language=objc. On Pirate's git page you can see he also wrote his code in swift4, which might be easier to understand. You can switch back and forth from ObjC and Swift language types on the Apple Developer Page.

I hope this answer was useful to you.

Not the answer you're looking for? Browse other questions tagged keyboard mojave preferences plist defaults .

1
Why are the iOS keyboard settings changing on their own?
2
How can I switch terminal settings using a keyboard shortcut?
7
Where are System Preferences settings stored? Trying to script equal brightness settings for two monitors
3
How to map the bottom right Trackpad corner to right-click programmatically?
2
Setting defaults for Magic Mouse
7
Modifier key settings not sticking
4
How do I use the defaults command with App Groups?
1
How can I script the setup of preferences in Mac OS X?
0
Plist Not Running AppleScript using launchctl
2
Keyboard backlight is on by default after High Sierra update