I frequently need to transfer files between 10 GB and 1 TB as part of my work, typically between external drives and network servers. Whenever I transfer files, the computer slows down to being completely unusable. E.g. it can take five minutes to open a terminal window or browser, even if the application is already running.

Because of an "air gap" situation (isolated network) I have two Mac Minis, one with 16 GB RAM and one with 8 GB(not upgradable). The 16GB machine doesn't slow down much while transferring. The 8 GB mini is pretty slow in general, but works fine for mail, browsing. This one slows to a crawl, so in practice I can only start transfers when leaving the office. The transfer speed itself remains pretty OK -- typically 20MB/s limited by the remote server. I use FileZilla, scp or rsync, the computer slows down all the same.

I use different external drives, but it is also slow to transfer to/from the internal drive.

Is there any parameter I could adjust, and are others seeing this? 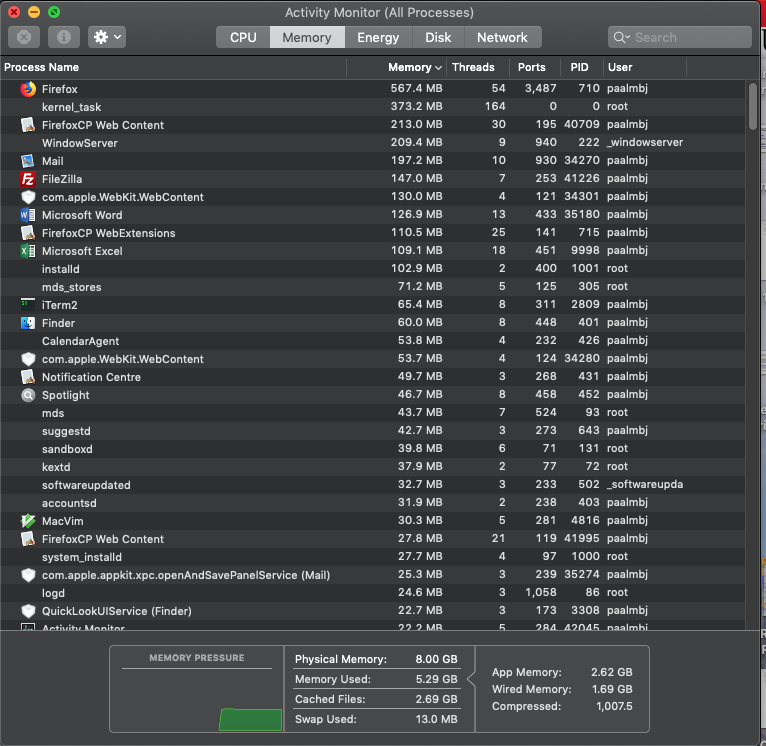 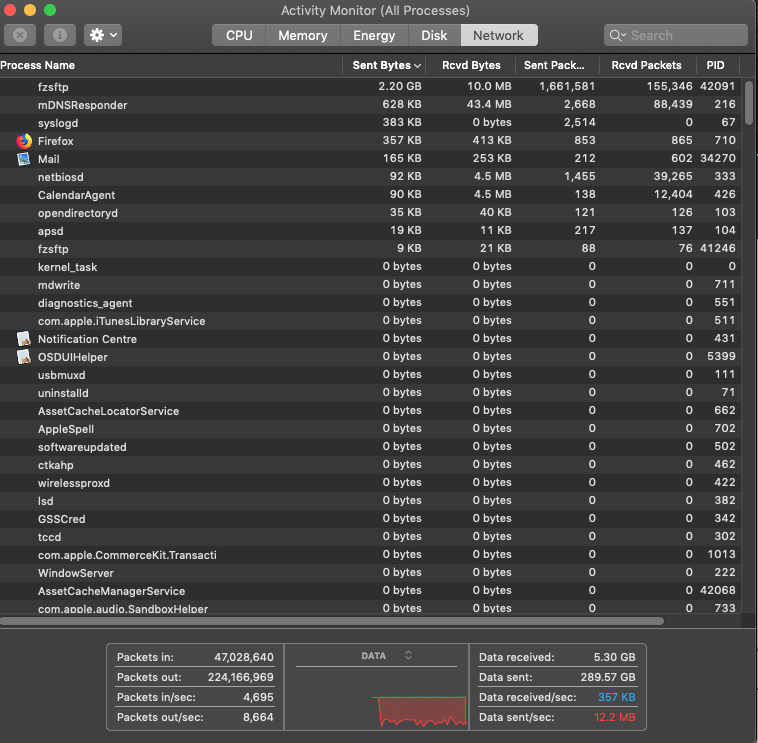 After uploading for 15 minutes the computer is very slow. Memory status again: 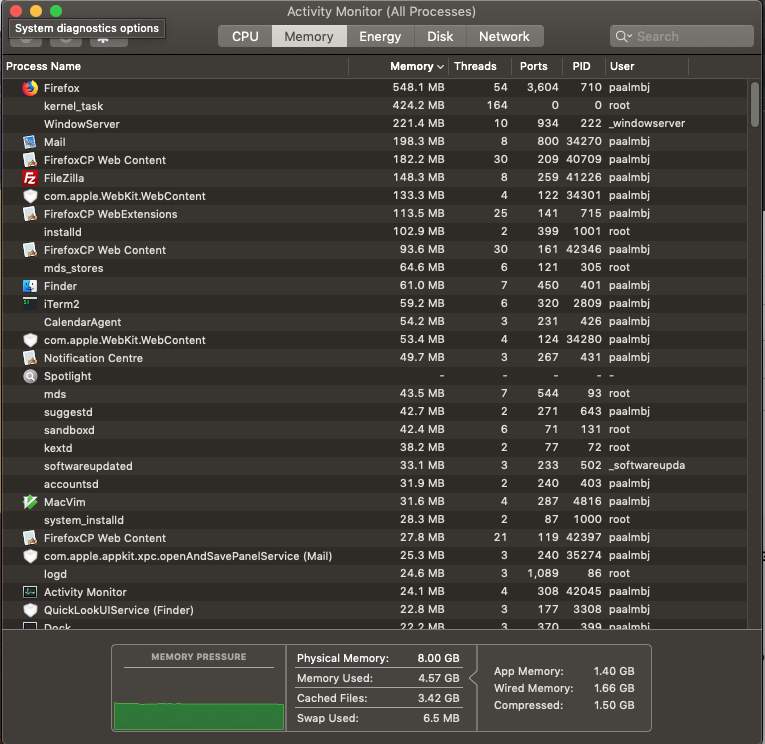 But it seems to have improved a bit in comparison to how it was before. I'm able to edit this question and take screenshots etc. with only a little bit of patience. I believe it gets worse after a while though.

CPU usage during transfer depends on current speed, but it is not excessive: 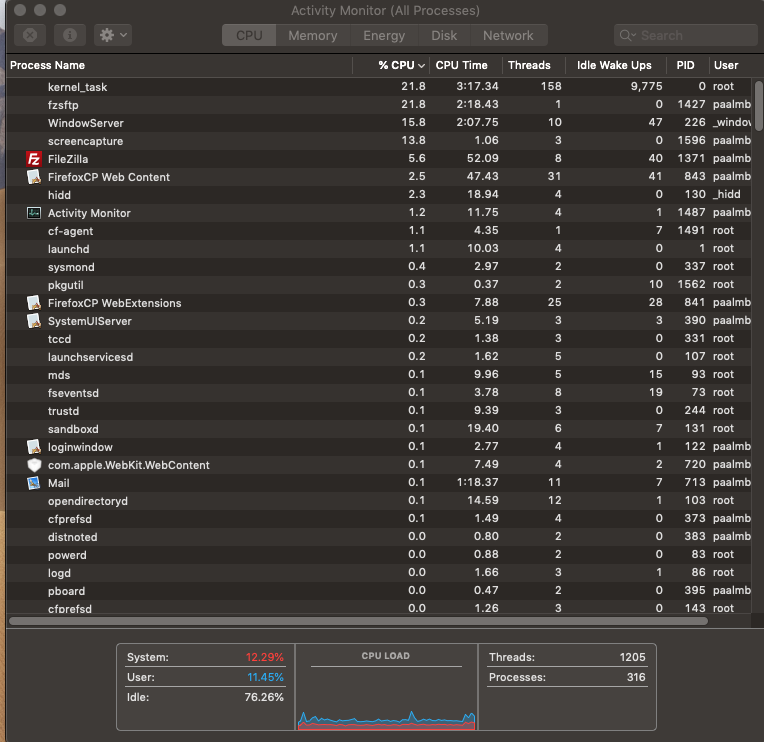 0
Does showing a flashing time separator slow down a Mac?
36
Do computers slow down as they age?
1
using external hdd slows down my mac
0
Will downloading LaTeX slow down my MacBook Air considerably?
12
How to slow down clock speed of processor
1
Why is My Mac Running So Slowly?