Why is the steps data in Health app all the same on everyday?

I have noticed that the steps count on my iPhone’s Heath app somehow becomes the same on everyday.

I don’t really know when it will just “normalise” the count to become the same but it somehow does that after every few days later. 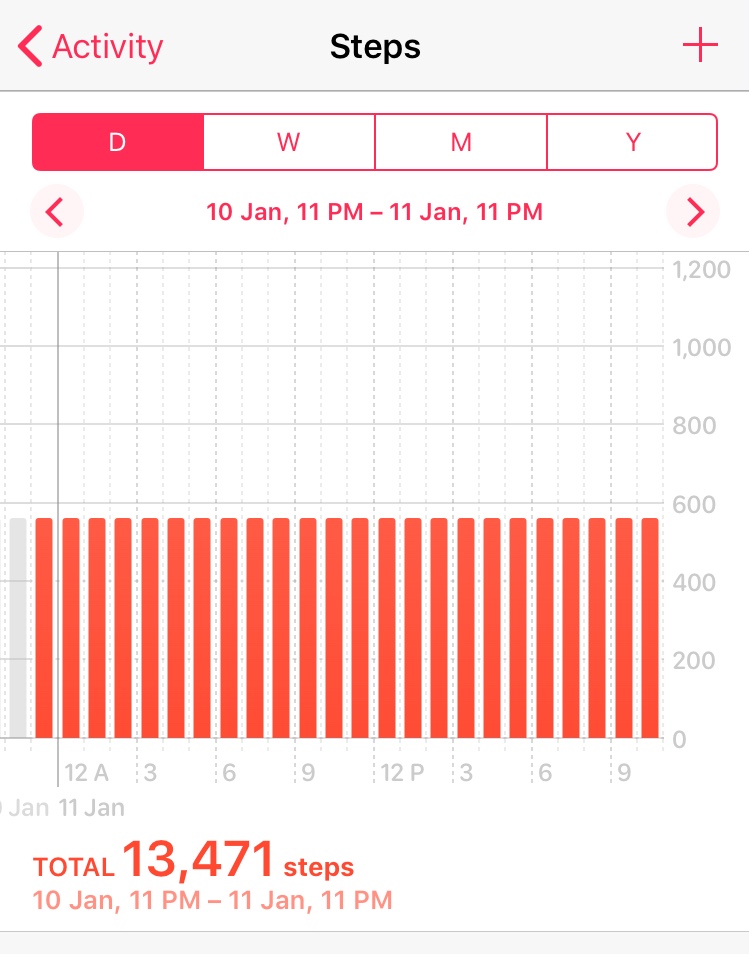 The count for the current day usually still looks alright, but the counts for the past day all look the same.

I think this probably happened after I upgraded my iOS to version 12.0.1. I have not upgraded past iOS 12.0.1

Does anyone have this issue and how can I fix it?

Update: Chances are a large chunk of my data in the past since I’ve upgraded to iOS12 are already bad. I’ve updated my iOS to the most recent version. I’ll have to monitor and see how things go in the next week days.

First thing to do is establish if the underlying data is wrong or the chart is wrong.

Tap to the month (top of your picture) and the compare a few days with what Show all data reveals for the daily summaries.

The month view is shown in the thread linked above. 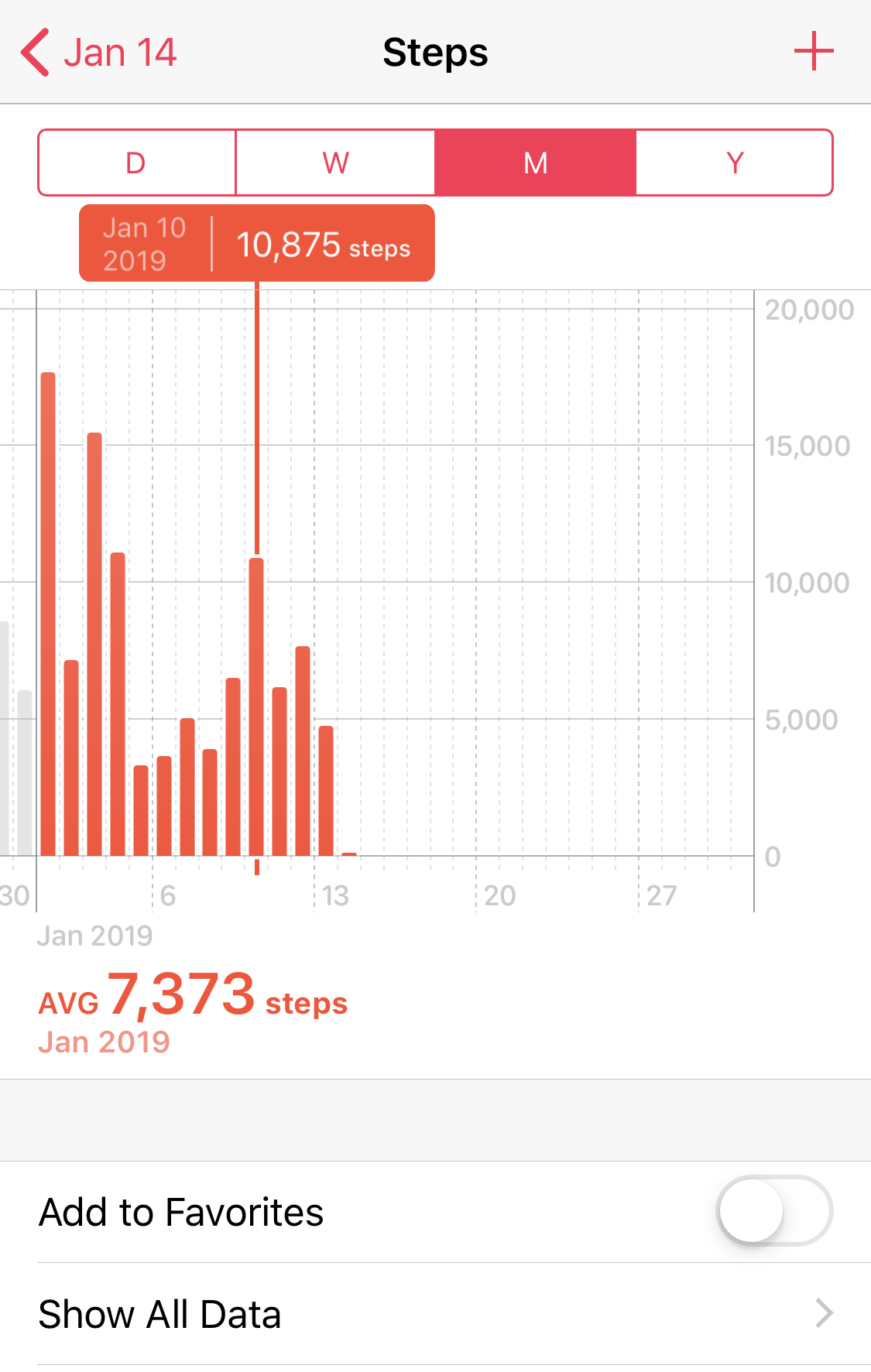 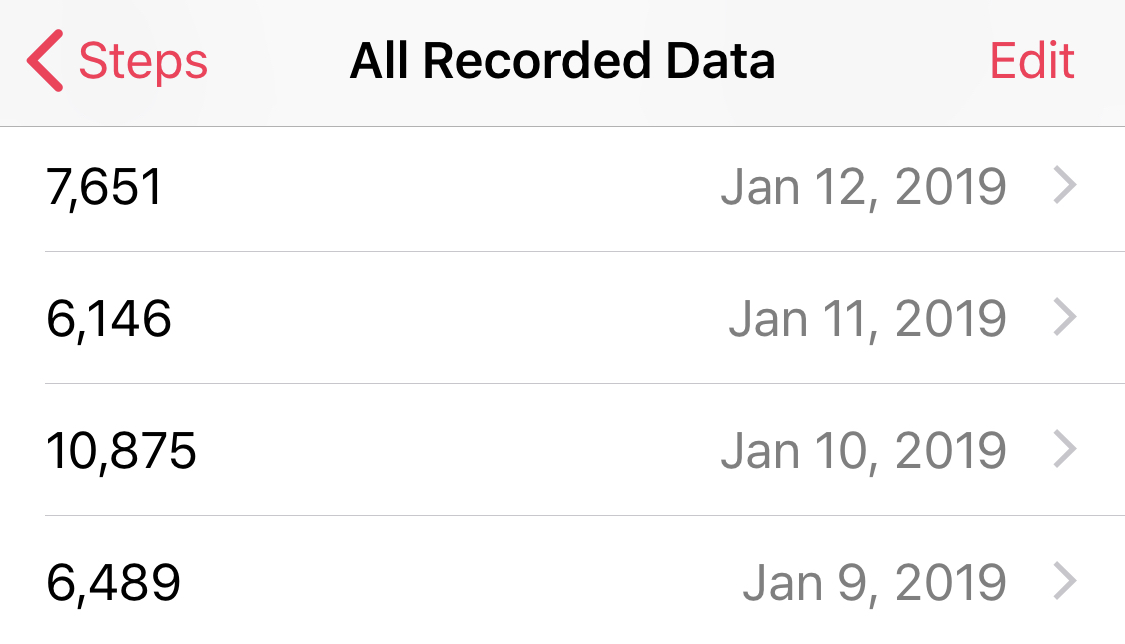 Either way, I would back up your health data to iTunes with a passphrase to encrypt the backup and to iCloud so you have two good backups before you try to upgrade to the latest iOS.

If the data is bad, you’ll have to look at the sources of step data and possibly upgrade the iOS / wait for a bug fix from Apple.

If it’s just the graph, updating iOS and bug report to Apple is likely the fix.

2
iPhone 5s not registering steps data in iOS 8 Health app
1
How do I view a previous day's steps in the Health app?
0
Does anyone know how apps are published on the same day as new iOS release?
0
How is data added to the Health app?
1
Why is steps count different in Health and Activity App in my iPhone?
1
Health app double counts steps
0
Add data point in Health app
0
How to track steps with the iPhone Health app