I recently received an old iMac 27" aluminum unibody core 2 duo (EMC 2309: 2009 model) that was having troubles with the graphics card after High Sierra installation. I was looking to set it up as a media-station/test-machine, and was thinking Snow Leopard would be perfect. I already have an old mac mini on my desk running MacOSX10.6.8, but rather than copying over my hard drive, I decided to do a fresh install. It was during the 10.6.8 Update Combo v1.1, after the install, that I encountered a problem. I found an identical thread: https://discussions.apple.com/thread/6883727 but there was no clear answer to the problem, and I did not want to go through hours of a slower-than-my-normal-internet-speed download from https://support.apple.com/kb/DL1399?locale=en_US

I already had saved a copy of the MacOSXUpdCombo10.6.8.dmg on the same drive with my 10.6.2 Install Volume, and the 10.6.2 install had run smoothly. I went to run the 10.6.8 update, only to get an installation failure with an "unknown error": 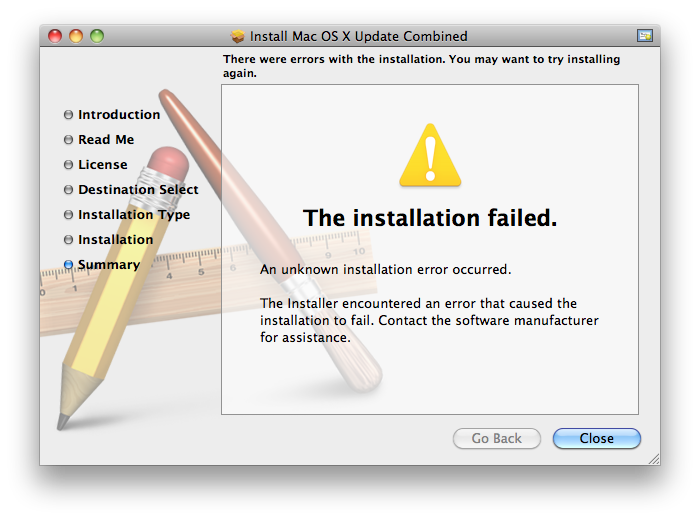 It turns out the MacOSXUpdCombo10.6.8.dmg available online is not quite the same as the one I had previously downloaded, the file size was slightly smaller, and the creation date later. 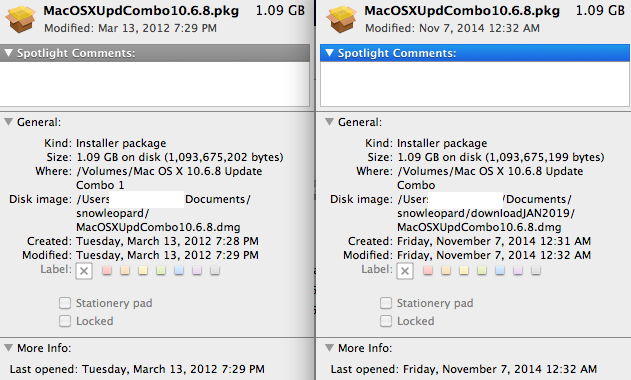 Is this simply a case a developer signature expiring, and publishing a rerelease? If so, Is my new MacOSXUpdCombo10.6.8.dmg also going to expire? It's just nice not to have to wait to re-download something from a crappy link for hours only to discover it timed out at less than 5%. I was hoping to make an install media for this, but it seams pointless if it's not going to work the next time I need it. Is there a way to get around installer expiration issues?

Set the date on the Mac back to to for example 1st of May 2012 using "Date & Time" in System Preferences. Remember to turn off "Set date and time automatically".

This will allow you to bypass the expiration check.

Remember to set the time and date back when you're done updating.

Not the answer you're looking for? Browse other questions tagged snow-leopard software-update dmg pkg .