For at least two major macOS versions now, just about any time any programs requests elevated permissions, the OK button is misaligned and often missing text.

For example, on Mojave while updating Docker: 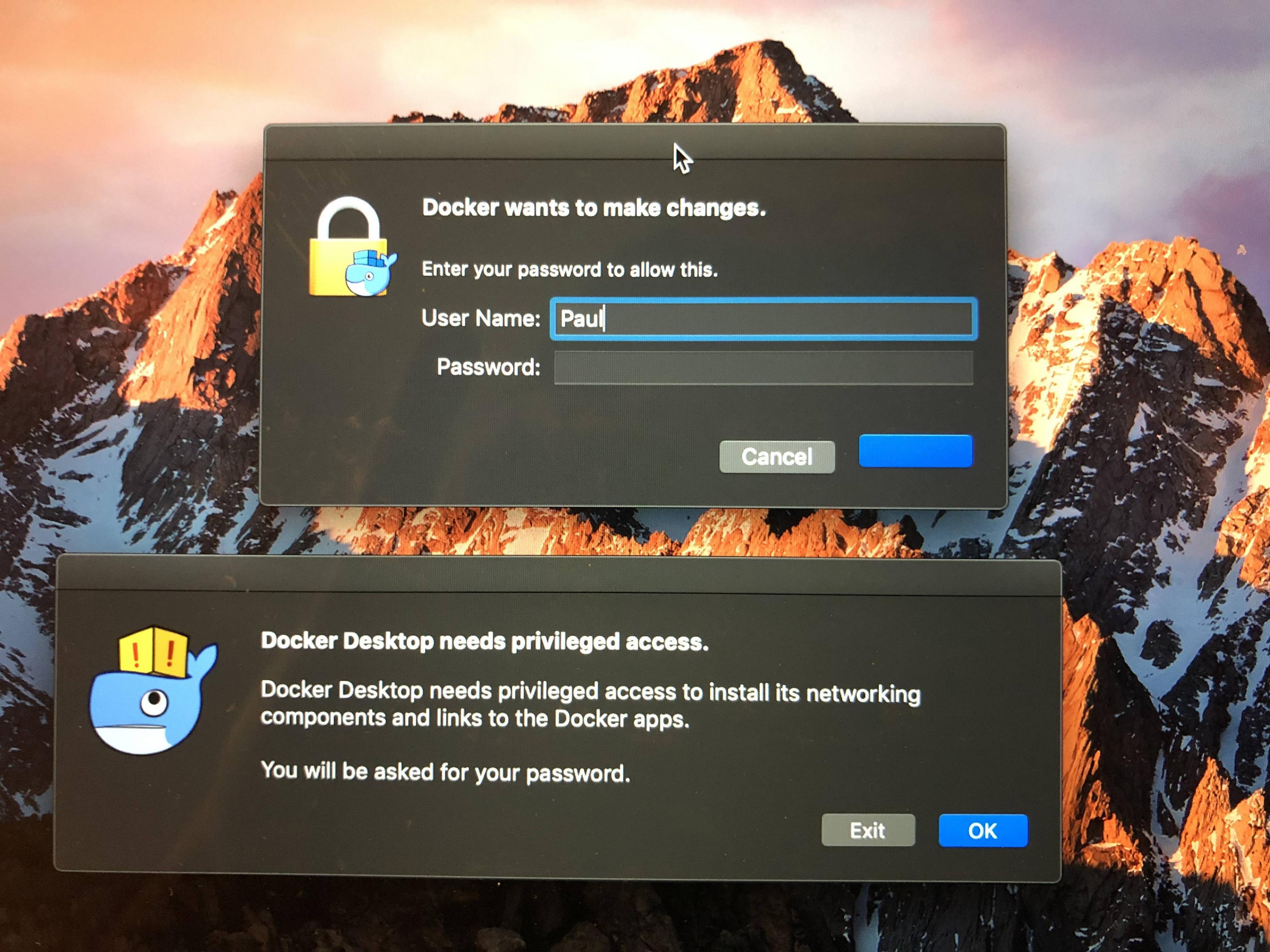 (Apologies for the photo in place of a screenshot; input was too buggy at the time to take a proper screenshot, as explained below.)

When the button is completely lacking text, such as in this screenshot, the corresponding button on the Touch Bar will also be blank.

Typically, when a prompt with this bug is visible, interactions with any other window will be very buggy. Spotlight will work fine, but input directed at other programs will be delayed or dropped entirely. It could be delayed by seconds or even minutes.

For example, the dialog below the prompt in the screenshot is moveable, but any movements take about a minute to register. This is somewhat expected, since it's waiting on input, but this will also happen with unrelated programs. If I try to minimize a window, the first five clicks might not go through--ever. The sixth might go through instantly.

These two issues are linked: when one is present, so is the other. If the button is misaligned, input to other windows, with the exception of Spotlight, will be buggy. While the first is just cosmetic, the second is problematic because it can interrupt my interactions with another application. The cosmetic issue is a concern because it makes the security dialog look illegitimate, when I'm fairly certain it's the official Apple prompt.

These two issues happen with a wide variety of programs across many devices. Why do they happen, and how can I resolve them?

Edit: Here's an example of the same dialog triggered via authopen. This one has neither issue. 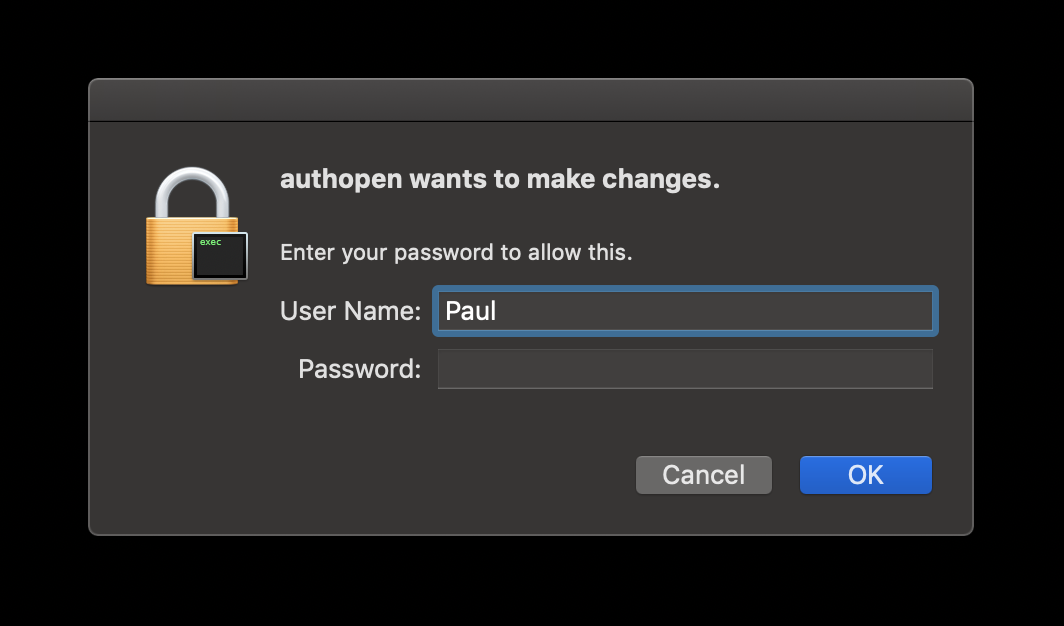 Bugs in macOS should be reported via https://bugreport.apple.com/. If it is within macOS or one of the core frameworks there isn’t a lot one can do as an end user.

Not the answer you're looking for? Browse other questions tagged macos bug .

1
Safari and Chromium on Mac get input language from other apps
3
Spotlight menu item on OS X 10.9 sometimes does not function (beeps instead)
2
Mavericks: notifications no longer displaying
1
MacBook Pro (15-inch, 2016) graphic card issues
0
User in Permission “Loading…” has become “_spotlight”?
1
Why does Python's readline.read_history_file not work from a script, but work interactively?
6
AppleScript progress bar bug: How to prevent progress dialog from lingering?
0
Why do tagged folders do not appear in open/save dialogs?
5
Touch Bar has blank/void button after Catalina update