For many years, I've owned Minecraft app. I played it a lot during my childhood. It's been updated many times, even to v1.8 with no problems. But now, when I uninstall and then try to reinstall it, apparently I don't own the app. 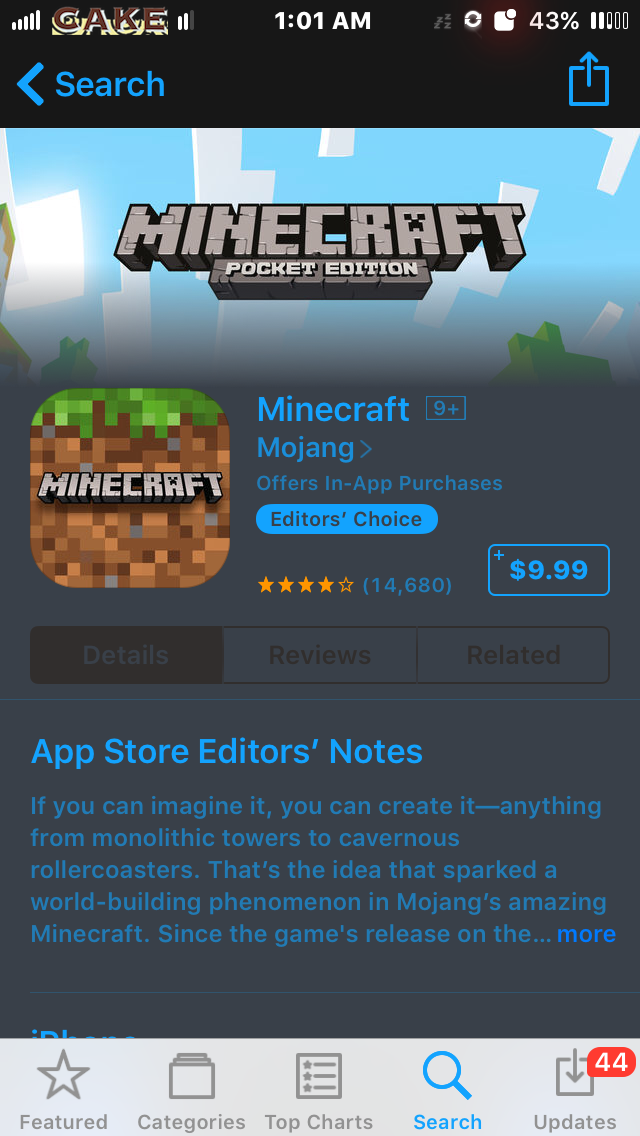 Is there any way to get this app back? I am able to go through iCloud purchase records if I need to show them to Apple.

The first thing to do is to confirm a couple things. Namely, you need to confirm:

Let me clarify the second point. When I say 'same version' I don't mean the same version number, but the same game within the Minecraft franchise. In your screenshot you're showing Minecraft Pocket Edition. This is not the same as Minecraft.

Once you've confirmed the two points above, then take a look at Redownload apps, music, movies, TV shows, and books from the App Store, iTunes Store, and Apple Books on Apple's website.

If this doesn't help, then use Apple's Get Support option.

Another option is if you’ve got a prior version of it backed up somewhere (eg Time Machine etc), you could then install it via an appropriate version of iTunes or Apple Configurator (see this question). But, I really think Apple can sort it out for you. You’ll probably have to be patient though, it may take a few days especially at this time of year.

Not the answer you're looking for? Browse other questions tagged ios-appstore .