Is it time for a new battery?

I have an iPhone SE, for just over a year. My battery health which I find in settings is decreasing quite rapidly. 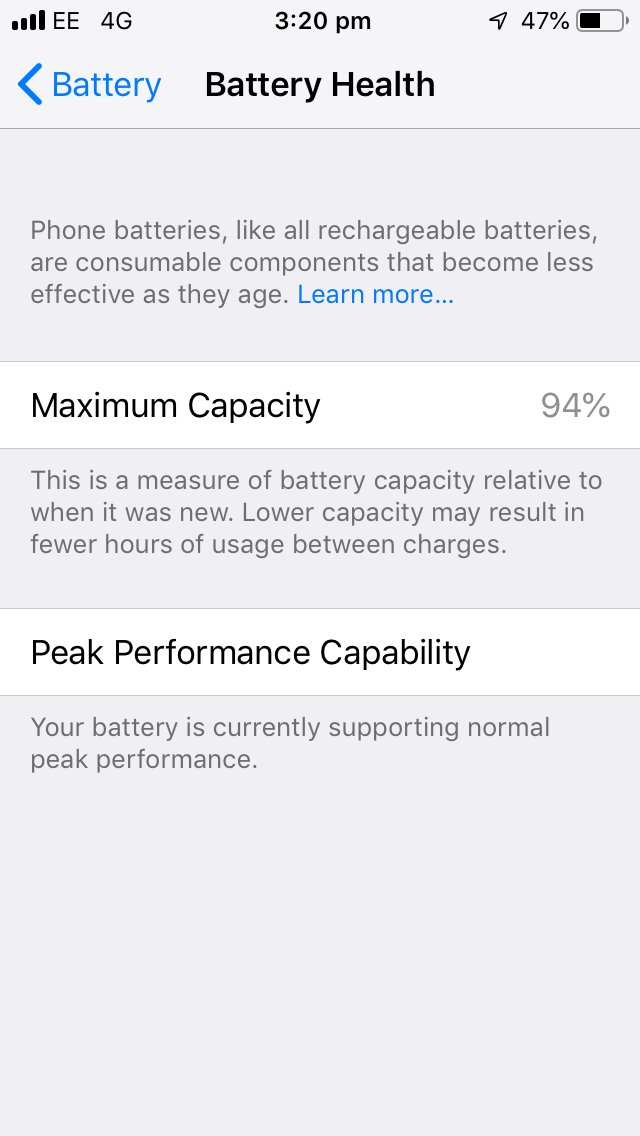 Recently it has been going down around 1% a month.

After December 31st, the battery replacement will be more expensive. When should a battery be replaced and do you think it is time to replace mine? Are my vlaues normal?

No, you do not need and should not get a new battery. 94% after a year is pretty good. Apple’s recommendation is a replacement if the battery gets below 80% of maximum capacity. The cost increase after the 31st isn’t so much that it’s worth replacing so early.

For context, my iPhone 6s, which I received the day it was released, is at 75% maximum capacity after pretty heavy usage for over 3 years, so you don’t have anything to worry about for a while. (I’m hopefully going to get the battery before the end of the year.)

You don't have to replace the battery for at least 3 years. Even after solid usage. iOS 12 is really good on the battery. Don't let the battery hit 20% or less all the time before you push some juice into it.

Replace it only when you think that your phone is pushing too hard for normal tasks and you run out of battery before evening or so.

2
iPhone turning off on low battery

11
Battery on white MacBook shuts off abruptly after 30% charge is left
18
Battery diagnostic tool at Apple Genius Bars
1
Battery issue with iOS7 and iPhone4
2
iPhone 5S battery percentage incorrect after replacement
1
iPhone 6 battery drain fast
2
Which problems can be expected by continuing to use a MacBook Pro Battery already due for replacement?
0
Erratic iOS battery meter and usage from Music app randomly playing on mute
3
Where can I find original MacBook Pro batteries?