Keyboard shortcut in Finder for selecting a different custom Favorite?

I know I can get to e.g. Desktop with ⌘+⇧+D, but what about custom folders that I have added to Favorites? Can I move which Favorite is selected up and down?

You could use an application like Alfred or Automator services to assign shortcuts for opening folders: 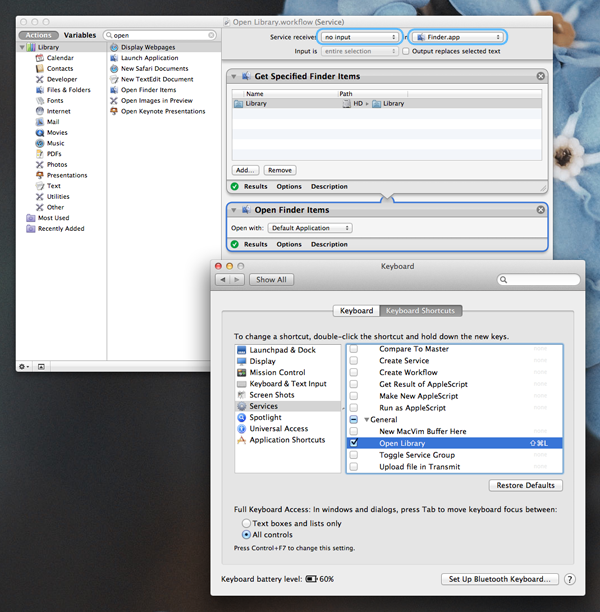 If you want to open the folders over the current Finder window, you could use FastScripts to assign shortcuts to scripts like this: 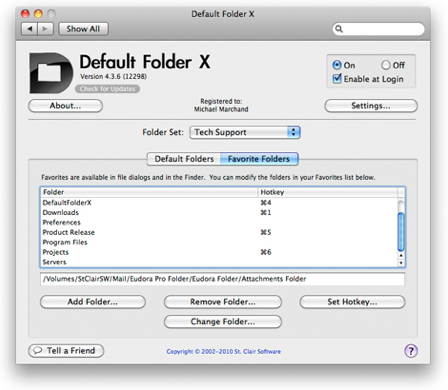 This is doable, but kind of tricky—at least as I've experienced it. I am neurotic about optimizing my keyboard shortcuts, so I've spent quite a bit of time on this very issue.

There seem to be a few different ways you can go about this. The three with which I'm most familiar are:

Note: Invoking a shortcut from within Save and Open dialog boxes leads to different results, depending on your method. The first 2 methods (i.e. not the Shortcuts app) have no effect whatsoever. e.g. When saving a file, if I press ⌘⇧L, nothing happens —whereas pressing ⌘⇧H (which is built-in to the system) would take me to the Home folder. The Shortcuts app (rightfully) has no idea when you're in a Save dialog box within another app, so invoking one of those shortcuts will actually just open up a new Finder window at that location (sometimes, smack dab in front of the dialog box you were just using.)

Final note: I recently came across an app called KeyCue (perhaps when lurking on this site, actually). To date, it's the only app I've found that provides a comprehensive overview of all your keyboard shortcuts (system and app-specific) in one place. I'd love to change a few things about the interface, but it can be pretty helpful at times.

(Note: I tried to post a screen-cap of my Automator service for custom keyboard shortcuts in Finder; also showing a script for invoking Moom upon opening the specified folder—but was denied because it's my first post on this forum. Will update it when possible.) 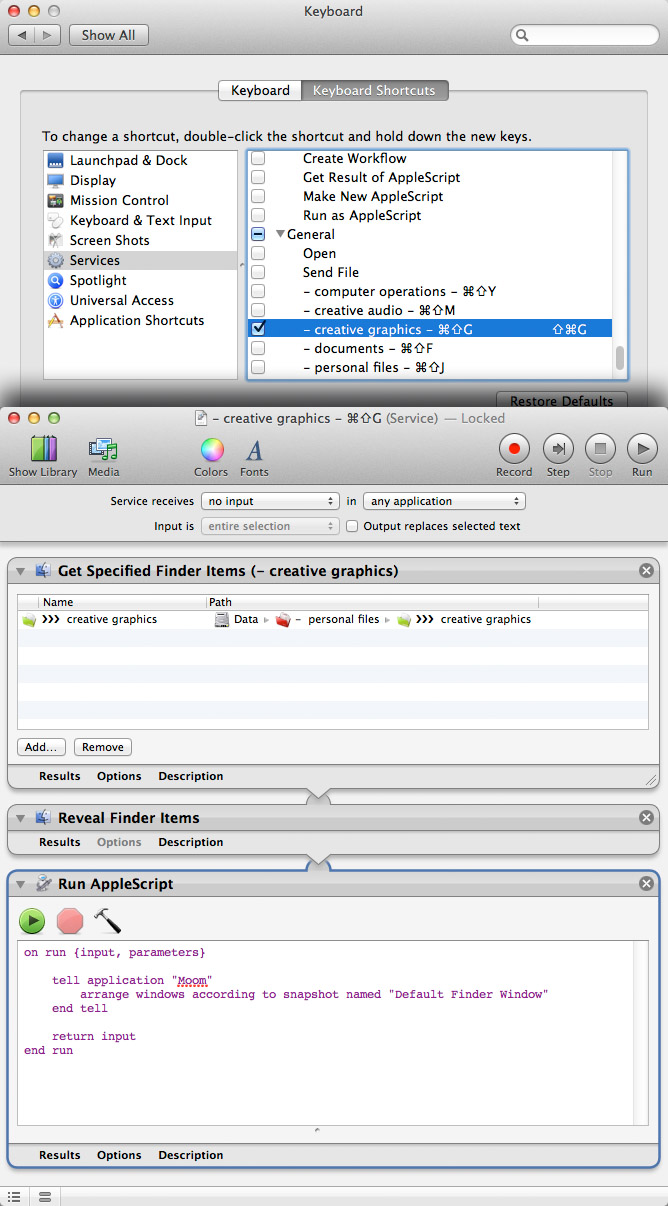 I have had great luck with Spark. It looks like it may no longer be under active development, but so far it has done the trick with no issues. It's light, easy to configure, and FREE!

Not to my knowledge, no.

I would love to learn what distinguishes the system default shortcuts from those which the user creates. It would be nice to be able to navigate to custom locations with a simple keyboard shortcut when within an Open/Save dialog window.

Not the answer you're looking for? Browse other questions tagged finder keyboard .

5
Quickly open your favorite folders on OS X?
1
Favorites disappears from sidebar in Finder
0
Selecting all files in Finder with column view
0
Finder generic icons for music/movies on second drive
2
Custom keyboard shortcut not executing service
1
macOS - Finder separator in Sierra
3
sfltool add-item (to add Finder favorite) stopped working on High Sierra
3
Is there a reason Finder opens separate Info window for group of files/folders I have selected?
2
How to get the path associated to a favorite in Finder?