I started my project on OSX 10.8 with the Xcode 5.1 (latest available for that OSX). Everything was building and running fine and it still is. The project consist of a binary executable and couple of dylib sub-projects.

Recently I bought myself a new Mac laptop. I installed Xcode on it (version 9), pull my sources from git hub and tried to re-compile/run it.

After fixing some minor directories issuers for compilation (some header search path were wrong), I received a warning about -L directory not found. However linking succeeded.

Trying to run the program obviously failed because the dylib files were not at the place were Xcode would look for it.

Looking further I tried to see if there would be any differences on where both machines store the build results. I opened the "Xcode->Project Properties..." menu, but turns out that those settings are the same on both laptops.

Next I checked the "Fie->Project Properties..." on both machines, but those 2 are also turns out to be the same.

Now I'm at the loss - where else should I look? The old laptop build everything without warnings and the program executes successfully.

On the old laptop the subprojects are stored inside ~///build/Debug.

On the new laptop the folder ~///build does not exist.

Now I can create the directory manually and copy over the files, but the program is still under development and the code is changing.

Any pointers would be appreciated.

a) You claim "However linking succeeded.", so in project properties pane, go to Products folder, then click on product name. On the right-side pane, under Identity and Type, you will find out the name of the product and the full path location. For one of my projects now i can find out:

and a location attribute: Relative to Build Products - build folder was create by Xcode, you can find out "Build" also in Project Properties -> Build Settings -> Build Locations. (you can modify also according to your needs...)

b) Now for your missing library: also in Build Settings -> Linking you have the possibility to add your library at Prelink libraries, just click at the left of this item, two lines open below, Debug/Release, click on one line and a small + appears and add your library there.

EDIT: adding some pictures, as requested: 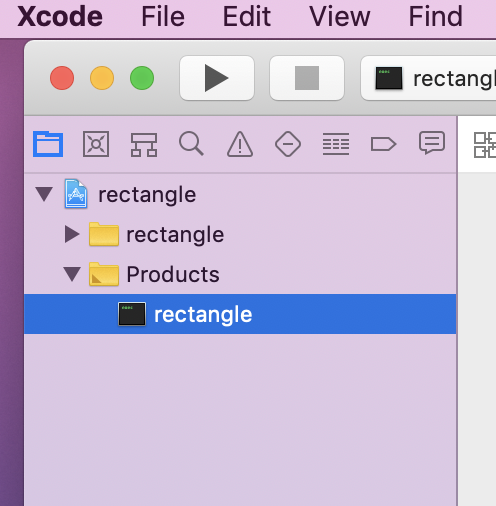 Click on product name (rectangle on the picture) and the full path is to be found on the right pane as in this picture: 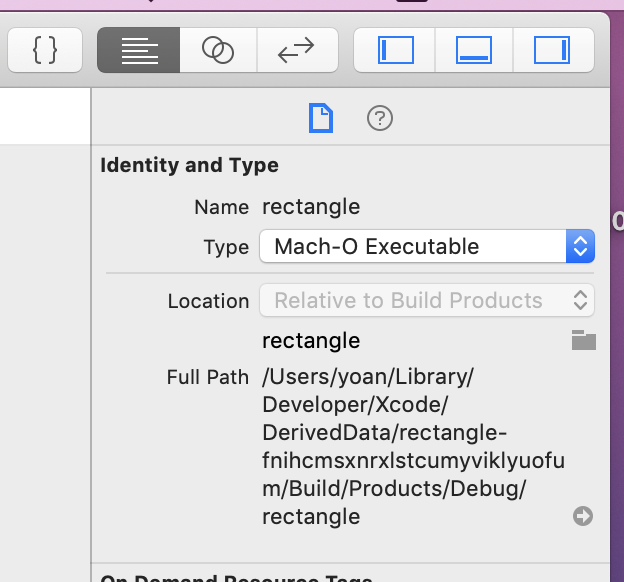 Now, in the first picture: click on application name icon, will open building info. Building path(s) are to be found as shown here: 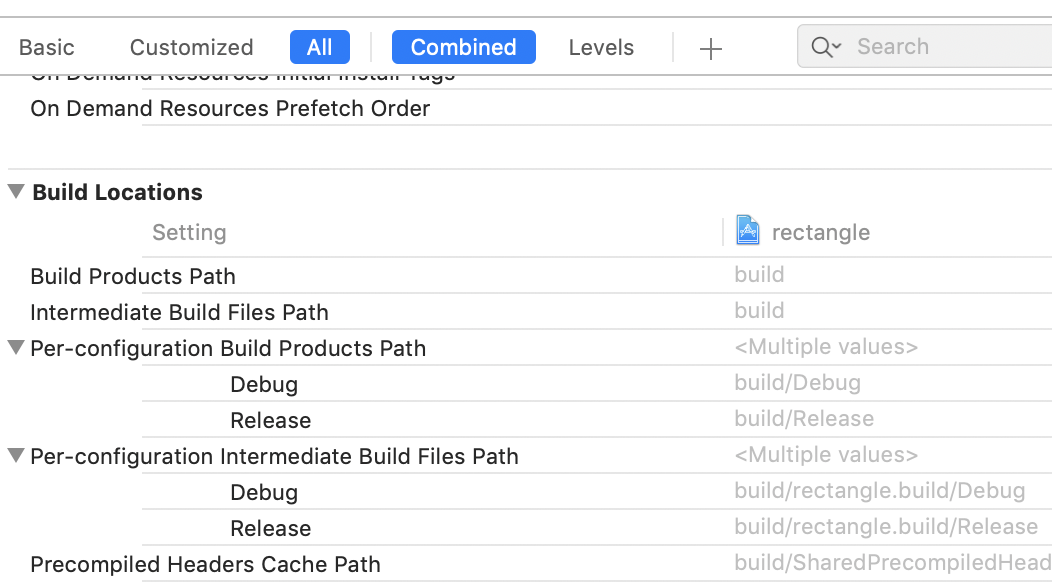 And scrolling down further, the linking options as revealed here: 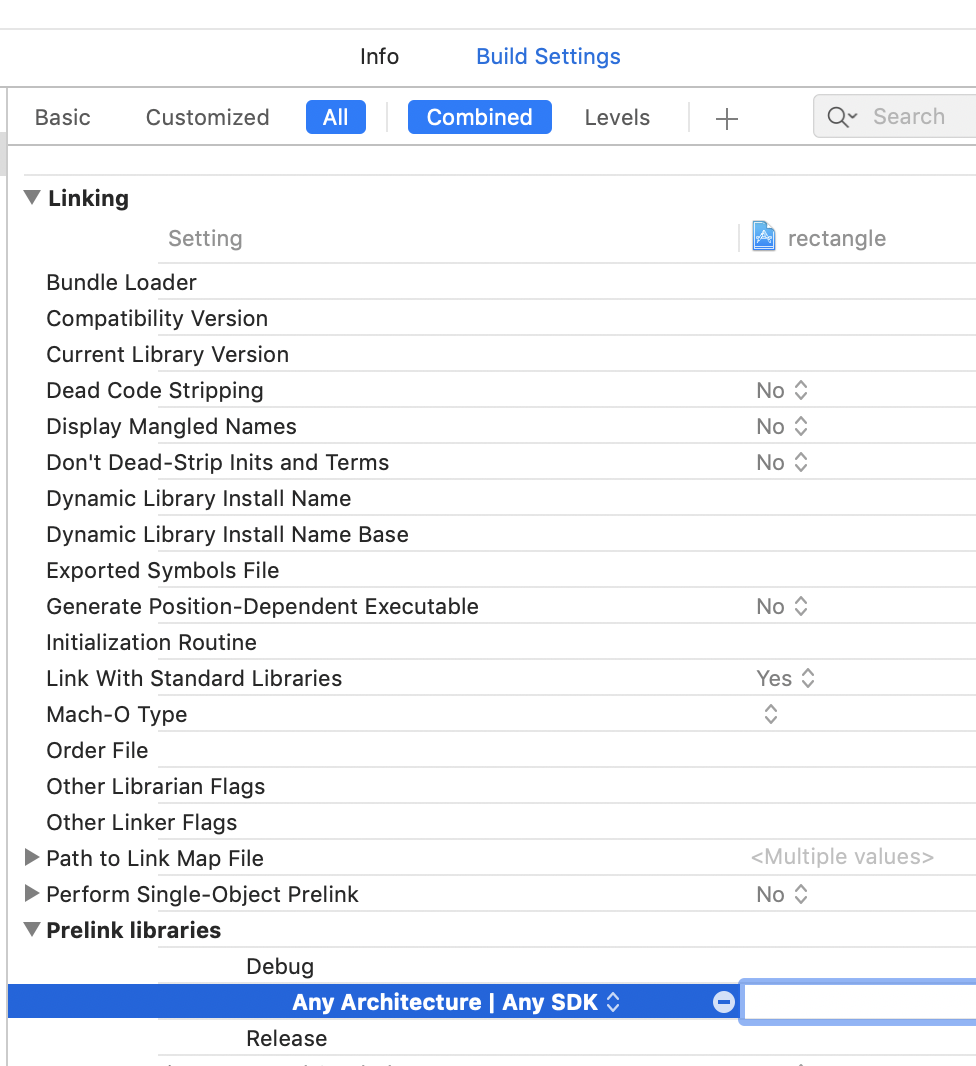 Not the answer you're looking for? Browse other questions tagged xcode .