What would cause graphic glitches like this? (pics attached)

I've been having a ton of problems with it throttling (Intel SpeedStep kicking in) even under less than heavy usage. Recently the screen started freaking out, and I managed to capture video of it on my phone (imagine the image you're seeing with the various distorted parts flashing in and out).

The machine is covered by AppleCare. Took it the Apple Store, where it had problems booting some of their diagnostics, they sent it to a service center (along with my video caps). A week later they sent it back saying they couldn't reproduce the problem, sorry.

I'm fairly convinced this is a hardware/GPU issue - anyone ever seen this kind of distortion before?

I'd like to gather some more data points from others before going back to Apple. 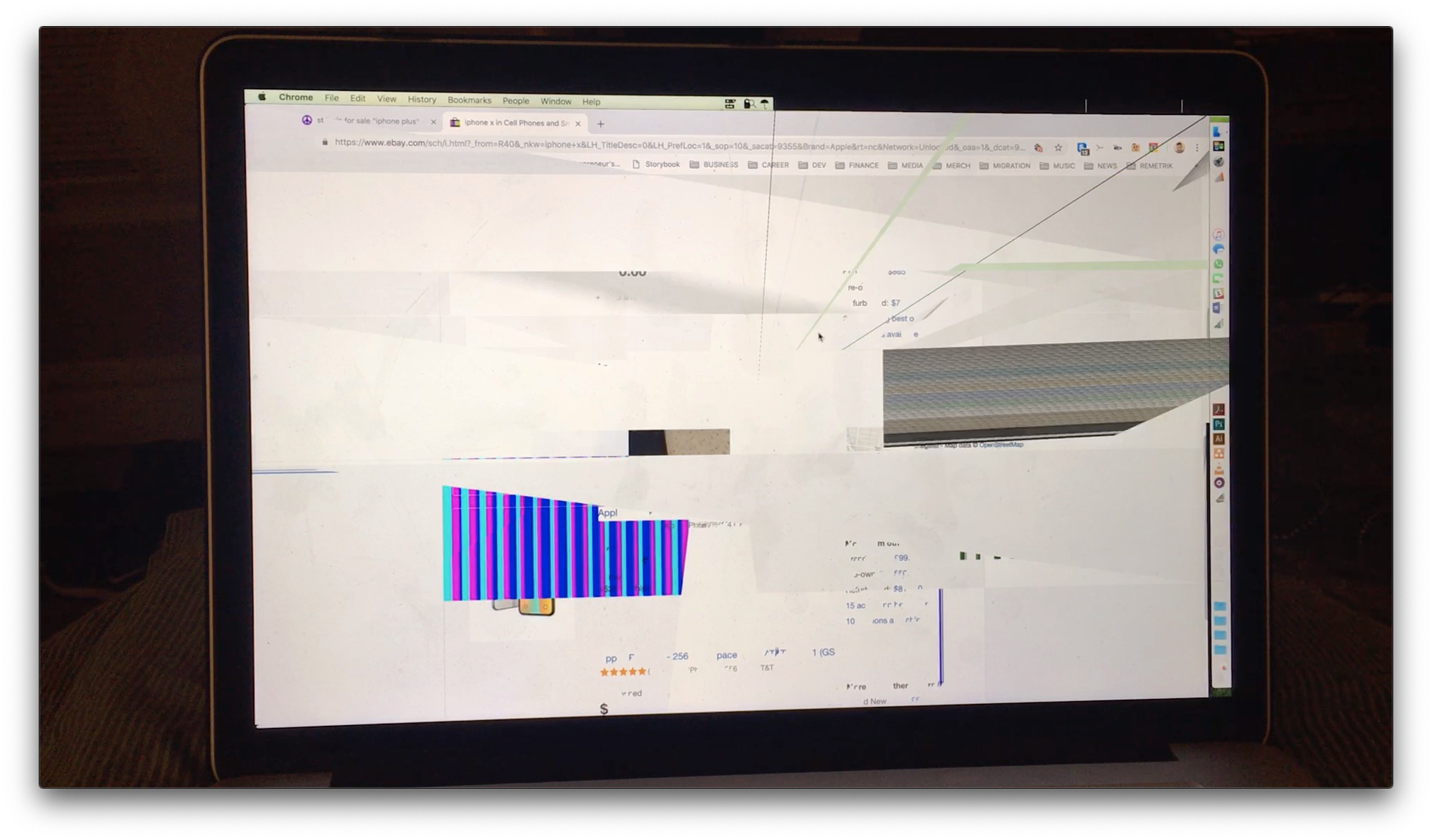 2
What could cause this sporadic cursor problem?
1
How can I diagnose hardware issues on my MacBook Pro 13" (mid 2010)?
1
15" MacBook Pro Thunderbolt Display Flickering - Firmware Updates?
5
What Is Graphic Switching & Are There Reasons to Turn It Off?
9
diagnosing (likely) hardware fault on MBP 15'' (early 2011)
4
How to determine if the graphics card is at fault on an iMac?