What does time of year (Early, Mid, Late) and year in About This Mac dialogue mean?

What does this label actually represent? The year of production or the year that model was introduced at an Apple Event? 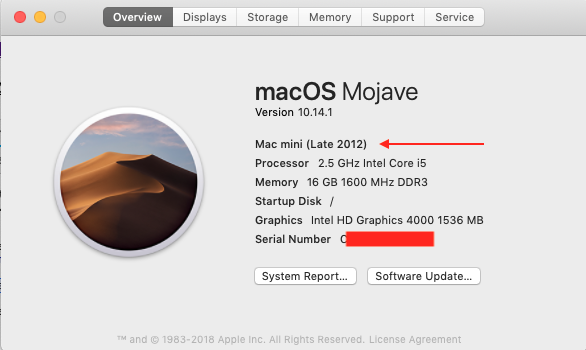 I want to buy MacBook Pro that would display Early 2019. If I buy a brand new MacBook Pro from Apple Store (or order from Apple Online Store) let's say in February 2019, will it show Early 2019?

The label indicates the time of the year and the year the particular Mac was announced and released for sale by Apple. The label is commonly used to identify the generation of the Mac model (just like various iPhones are commonly differentiated by their marketing name such as iPhone 7, iPhone 8, iPhone XS etc.)

It does not represent the date of production. Since it is a model identifier, the label remains the same for all the Macs produced till an update/upgrade to the model is announced. The nomenclature generally used is Early, Mid or Late depending on the time of the year the model was released appended with the year of release.

I want to buy MacBook Pro that would display Early 2019. If I buy a brand new MacBook Pro from Apple Store (or order it online from Apple website) let's say in February 2019, will it show Early 2019?

The last release of MacBook Pro was in July 2018 and they are labelled Mid 2018. The one you'll buy in January will be labelled Mid 2018 irrespective of the place you buy it from (unless you end up purchasing an older model, or unless Apple releases a new one in January which will be dubbed Early 2019). Month is never shown as part of the label, so there's will be no February 2019 MacBook Pro.

Now, if you are interested in determining the actual date of manufacturing of your unit, there are numerous ways. The easiest one being using a popular 3rd party utility called coconutBattery. The app is primarily used to determine battery health (charge cycle count), but it also shows the manufacturing date of the machine along with the model identifier. 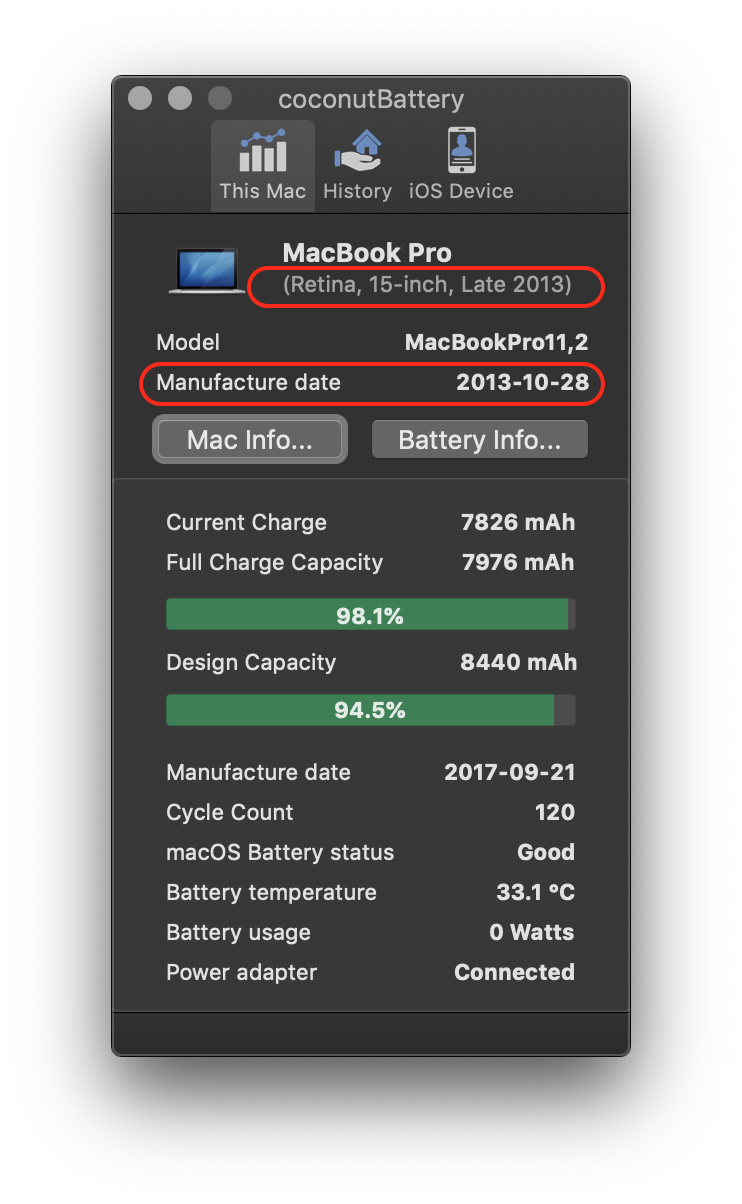 This is my go-to guide for Macs to see the release date, continuation of models etc.

One can further click on individual product line page to see the tech specs for each model in a huge table.

So the model you own is 3rd Generation Unibody.

The MacBook you hypothetically want to buy, Early 2019, doesn't exist.

Not the answer you're looking for? Browse other questions tagged macos mac versions .

10
Why doesn't AirDrop work on older network adapters?
0
Macbook pro 13 2012 (HD4000) 8GB(1600 Mhz) single RAM stick issue
68
Can a Mac's model year be determined with a Terminal Command?
3
System storage not being correctly represented in 'About This Mac'
9
No version model of Macbook in 'About This Mac' section
0
Until when is my device going to be supported?
7
How critical are macOS Mojave compatibility requirements?
0
MacBook Pro Battery
12
iPhone-Mac connection issue and what does the usbd process do?