Everything is noticably slow, restored to new 1tb ssd

Everything on my computer is noticeably slow. Before I thought that my hdd was dying (which it may have been) and (regrettably) bought a 1tb ssd to restore all of my data to. Before, my computer was so slow that I couldn't back it up, with no other apps open. Now, on the ssd (after re-installing macOS Sierra from the recovery partition), my computer is noticeably slow. It can't even run Grand Theft Auto on low settings, which it should be able to do with ease.

Before I re-installed Sierra, my computer (running on the ssd) began to gradually slow down, until all of the apps stopped responding, and disk utility said that there were problems with the ssd. 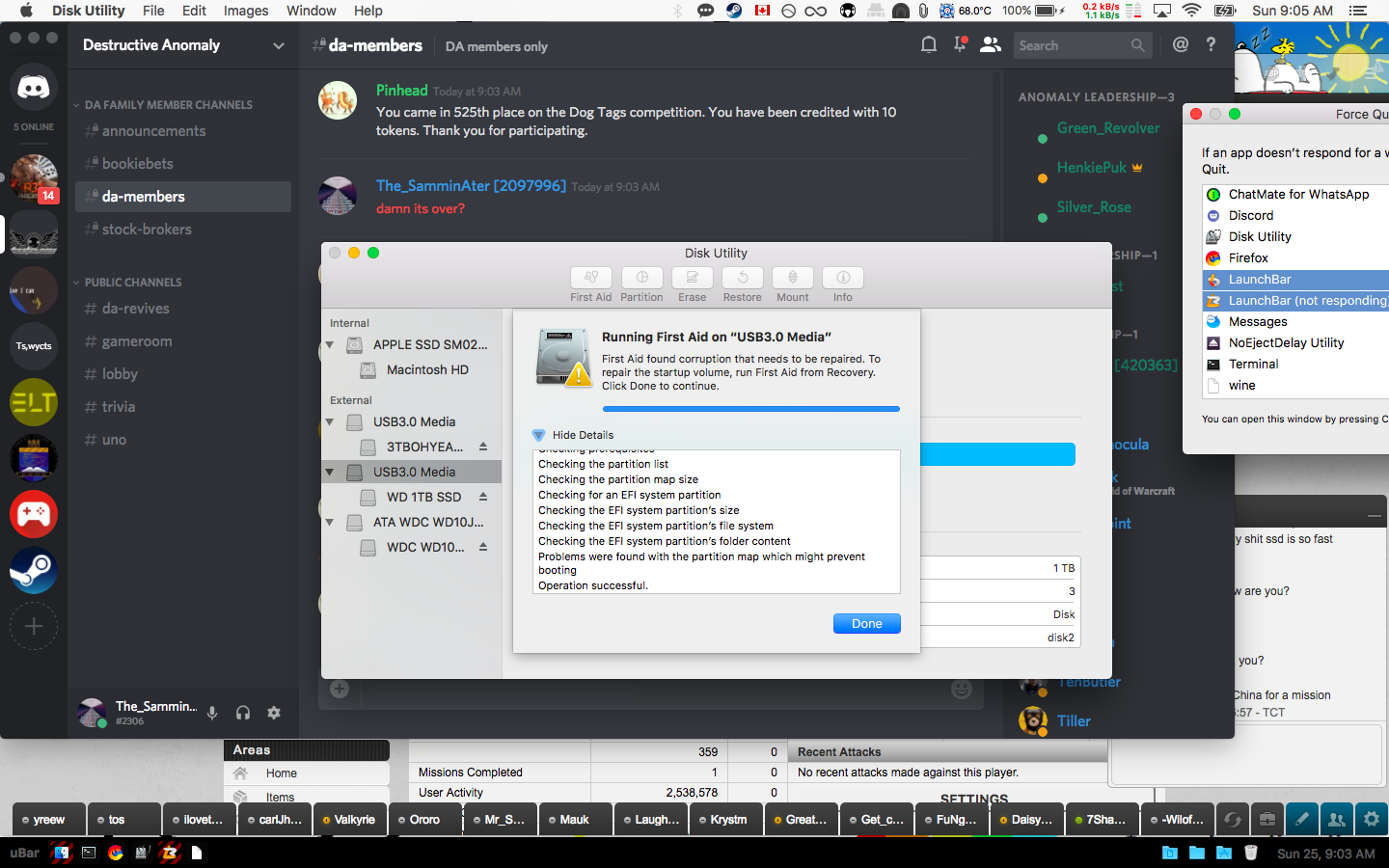 From there, I rebooted into the recovery partition, ran first aid on all volumes (which said that there was no problems), and re-installed Sierra.

Is there any way to make my computer running from an ssd fast, like it was for a while when running on an hdd, or even faster?

This is a '15 mid-2012 MacBook Pro (the model with a superdrive), with the ssd running from an adapter in the superdrive's place (the hdd flex cord died).

Mac computers will cut down the CPU power down to 50% if the battery is not supporting it.

In your case been without working battery, is the reason for slow down.

PS, you do not need iStat to see CPU usage. Use the Activity Monitor

Not the answer you're looking for? Browse other questions tagged hard-drive macos backup ssd hdd .