Xcode saying Network Extension capability is not enabled when it is

I have been having a lot of issues for the last two weeks trying to sign and distribute a 3rd party MacOS app. I am unable to sign an app with Xcode properly because Xcode is saying that I do not have the Network Extension entitlement when I have it enabled both in Xcode and in the Apple Developer portal.

I am not a paid Apple Developer, but I am part of a team and I have the correct keys from the creator of the team (who is a paid developer). I am able to sign other apps and distribute them using the codesign tool but as soon as I try to sign the app with entitlements I run into issues.

Sending the app to other people results in it exiting with a Killed 9 or a SIGTERM which I assume is indicating that there is something going wrong in the signing.

In Xcode I have it enabled though

And it is also enabled in the developer portal 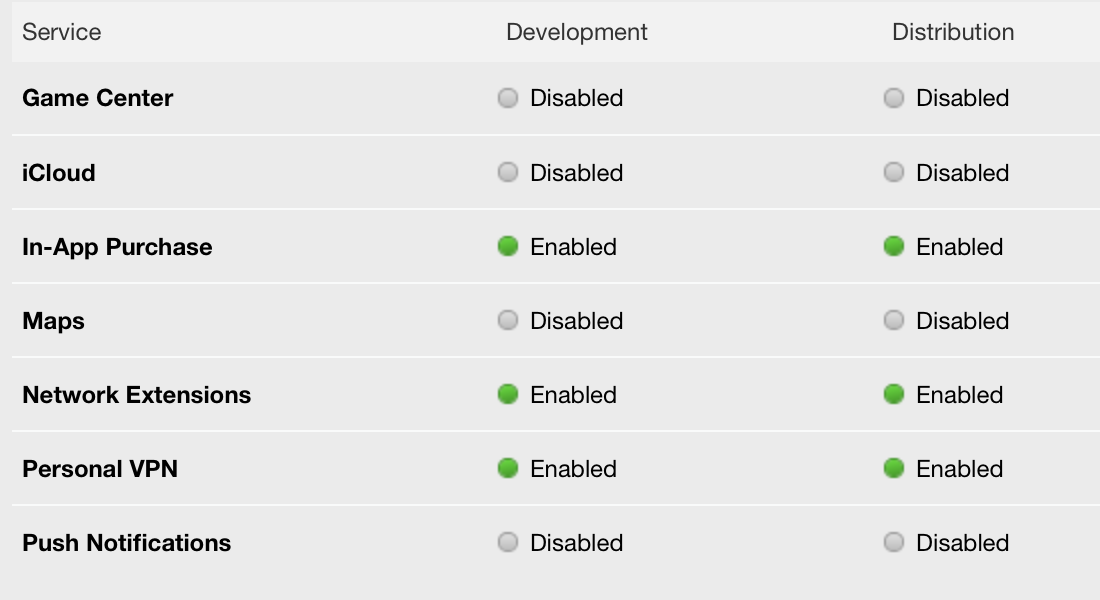 So I am very confused. I am using the correct bundle ID, I have set everything up correctly as far as I can tell and I am still unable to sign and distribute this application. I am sure that there is something simple that I am missing here but I have no idea what that might be.

For anyone wanting to use Network Extensions in their macOS app:

The first thing I would do is check to confirm that you're using all the correct certificates. In particular, do the certificates at your end (within Xcode) match what's at Apple's end?

You can start by:

Let me know how you go.

Well, I never found out the issue, but I suspect it has to do with some improper error messages and poor documentation.

Not the answer you're looking for? Browse other questions tagged network applications xcode vpn code-signing .

10
Remotely distribute an iOS app compiled in Xcode 7 without App Store, developer program sub, or jailbreak?
3
How to compile an app on Xcode without developer account
1
Is it possible to have an external developer in Xcode just using exported cert+prov
1
Deploy iOS app directly from Xcode to iPad
1
Develop in-house app for another company signing with own Apple Developer Enterprise account
2
Xcode 10: Failed to create Provisioning Profile - There are no devices registered
0
Xcode: Archiving a project to generate .ipa but export is not an option in Organizer
1
Distribute macOS build of a SwiftUI app using Sign In with Apple