I downloaded a 200 MB app over Cellular data today. Then I tried another 300 MB app, with no warnings whatsoever, and the download completed successfully. Final I tried a 1.2 GB download which failed with the popup warning message.

I understand that App Slicing has appeared since iOS 9. The actual download size is different from the indicated size. But after downloading, I checked in Setting app → General → → iPhone Storage, and the two apps are over 150 MB(198 MB and 211 MB). And they are new download not updates.

Is the size displayed incorrectly or has the upper cap for downloading new apps over Cellular data changed?

PS:I downloaded that two app before but uninstalled it. Another assumption is that the downloaded content is actually less than 150 MB but there is a process of decompression? 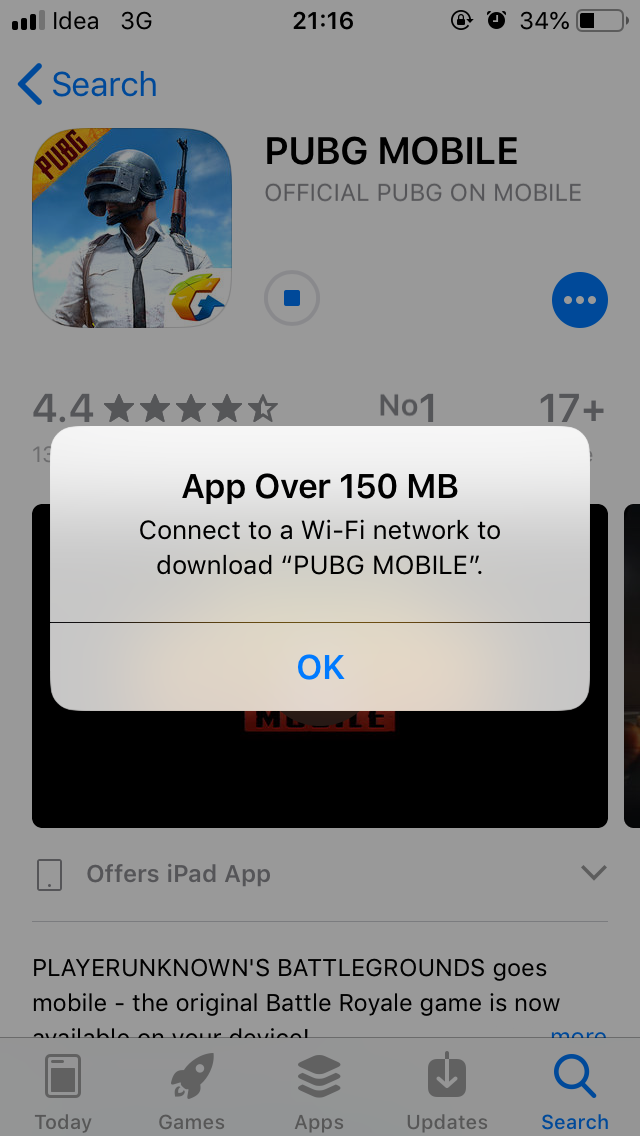 However, the related Apple support document, If you can’t download or update apps, or if apps get stuck mentions the following in fine print.

If you’re using cellular data or Wi-Fi and have issues with an app, try to connect to another Wi-Fi network. You can use cellular data for apps up to 150 MB* in size.

If you still have issues with apps on your device, contact Apple Support.

The restriction is in place not due to some limitations in iOS, but to guard the mobile service providers network against congestions. From the statement it appears that some service providers must have worked with Apple and are offering a higher download size cap.

Confirmed my own conjecture,the downloaded content is actually less than 150 MB.

My test object is bilibili-blue First of all, the size shown in the APP Store is 224.2 MB 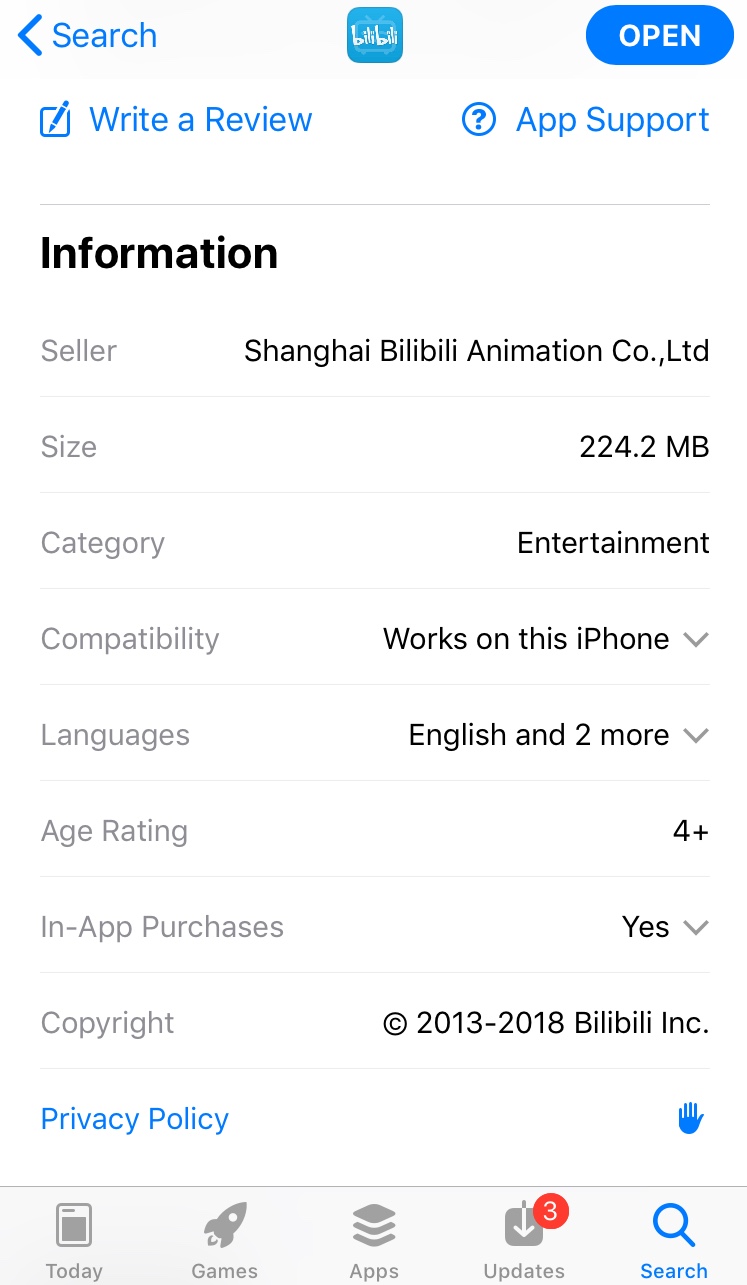 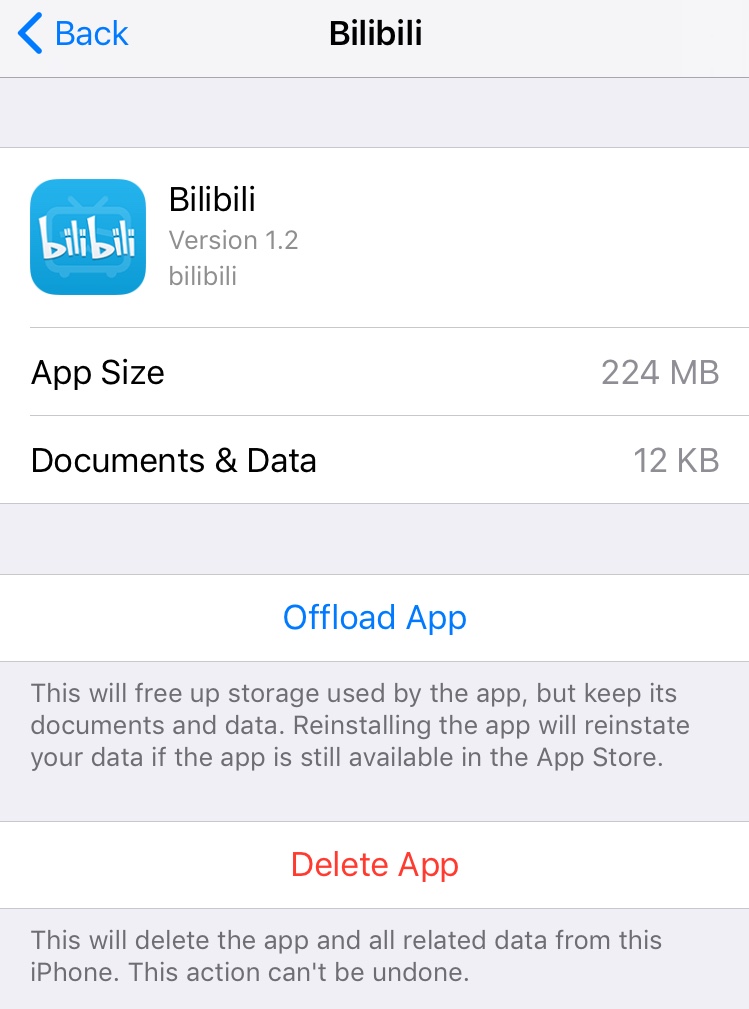 I use a vpn application name shadowrocket to check traffic,it shows that the usage is 131.3 MB. 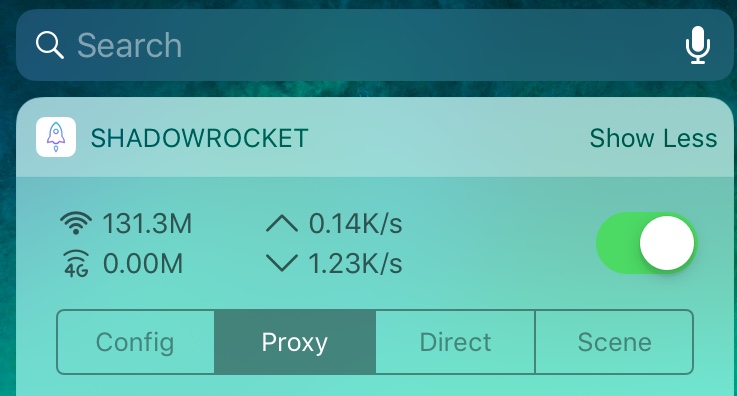 Then I use charles to confirm,it gives the result that the actual download size is less than 150 MB(130.63). 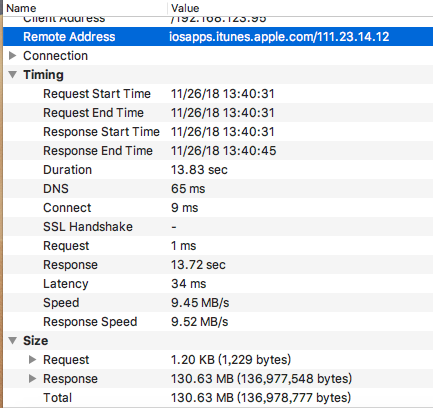 0
Download from app store
21
iOS Software Update over cellular data
3
My app is showing install size instead of download size in App Store
0
Can an app be on your device but not on any screen?
8
Limit cellular data usage on iOS
2
iOS e-mail app without automatic downloading of large e-mails
1
iPhone 6 location services only update location every 20 minutes or so
1
iPhone 7 using a lot of Wi-Fi data