Recently I see a floating window when using Google Chrome on Mac. I can't close it. It appears on top of any web page. When I right click on the Window, there's a menu shown as below: 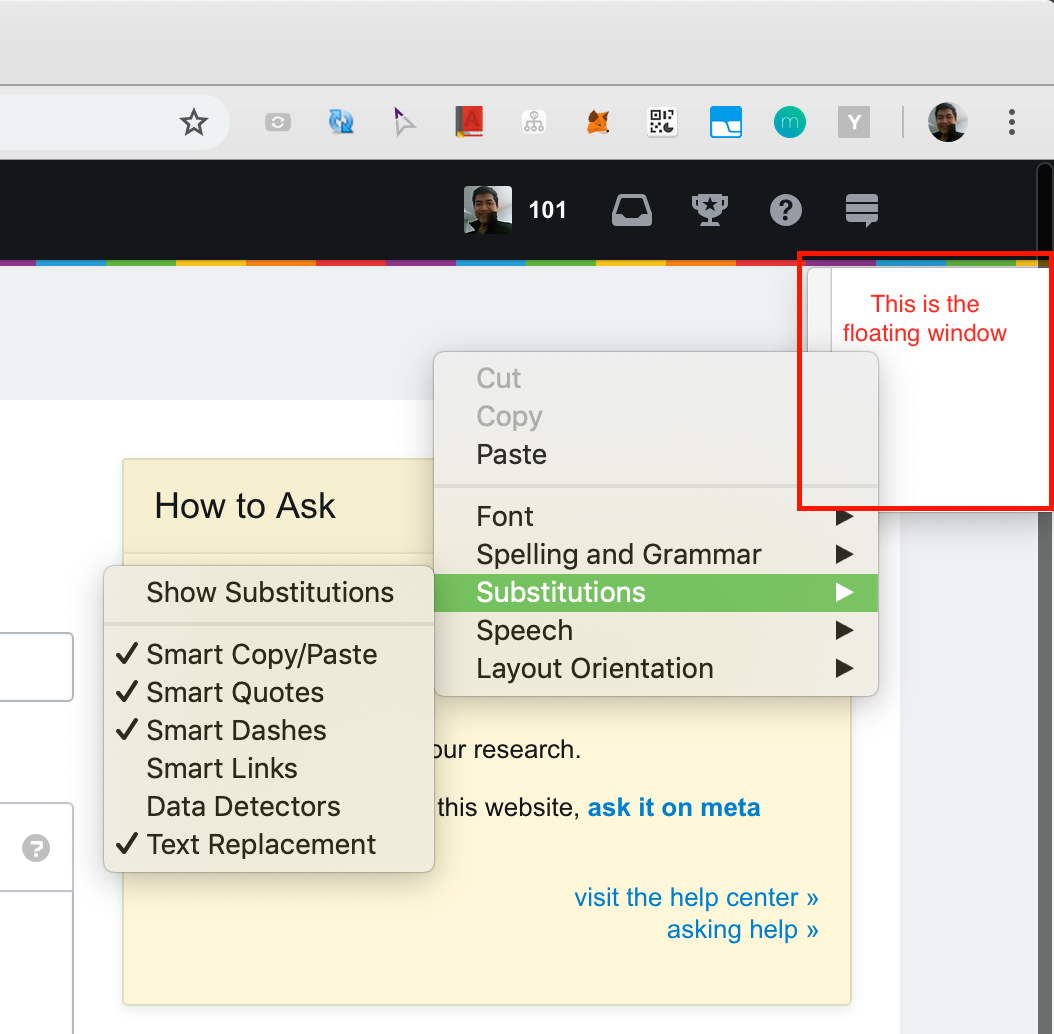 Would you please tell me how to hide this window? Thanks in advance!

Closing and reopening Chrome eliminated a un-clickable floating window on my mac.

The window was floating over most other windows on a 2nd monitor and was quite large. I was able to create a third desktop with the "show desktop" function, then drag my working windows to the new desktop (including the windows hidden behind the unclickable image) then I destroyed the crippled desktop by clicking on the X in the 'show desktop' header. However, a small unclickable image (with the same graphic as the problem window) remained hovering on the newly populated desktop.

I closed Chrome, and the image went away. It did not return when I reopened chrome and recovered my history.

Not the answer you're looking for? Browse other questions tagged mac google-chrome .