This question is about the Command Line Developer Tools that are usually installed with xcode-select --install and updated via a software update from the Mac App Store (at least until macOS 10.13). I use the developer toolchain on a daily basis and it has always worked and updated without issues.

After the update I've executed a terminal command that relies on the developer tools being installed. It was a command to update Homebrew, although I don't think that the specifics matter, as I believe that any task that tried to access the developer tools would have triggered the same error message.

The phrasing was new (maybe), but I thought that it was caused by the usual need to re-install the Developer Tools after some macOS updates.

Later I tried to dig a bit deeper into the failure, and found out that:

Still, as I normally do, I entered the command to install and update the Developer Tools in the terminal:

This started the usual procedure: modal window to confirm, then request to accept the license agreement, followed by a progress bar. Except that it failed very quickly with an unexpected error:

Can’t install the software because it is not currently available from the Software Update server.

I've tried several times, to no avail. It gets always stuck.

Sometimes, however, the failure causes the System Preferences to report a pending update:

If I open that preference panel it starts searching for updates, and it always finds nothing except the first time that it happened. The first time, it found this: 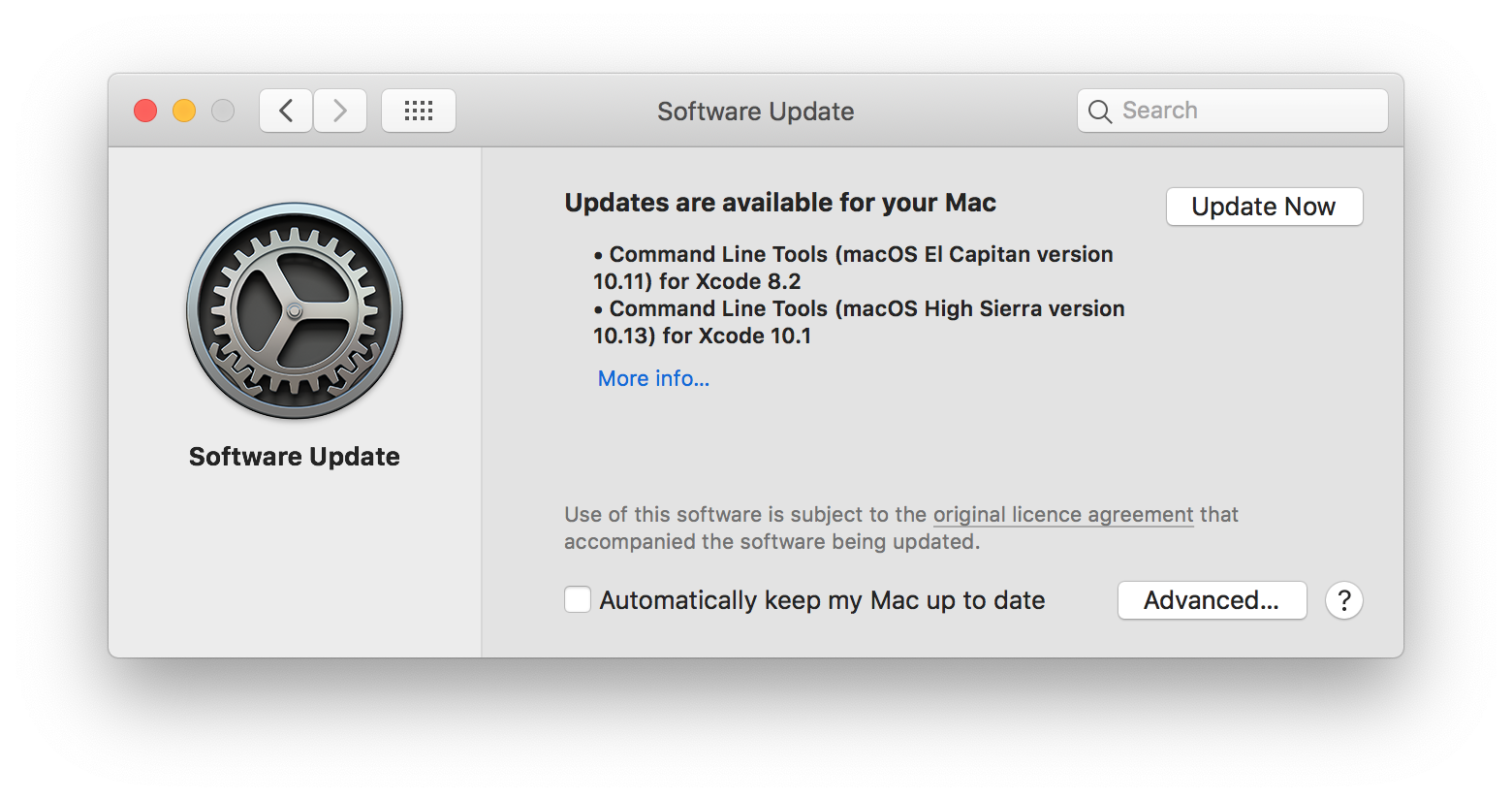 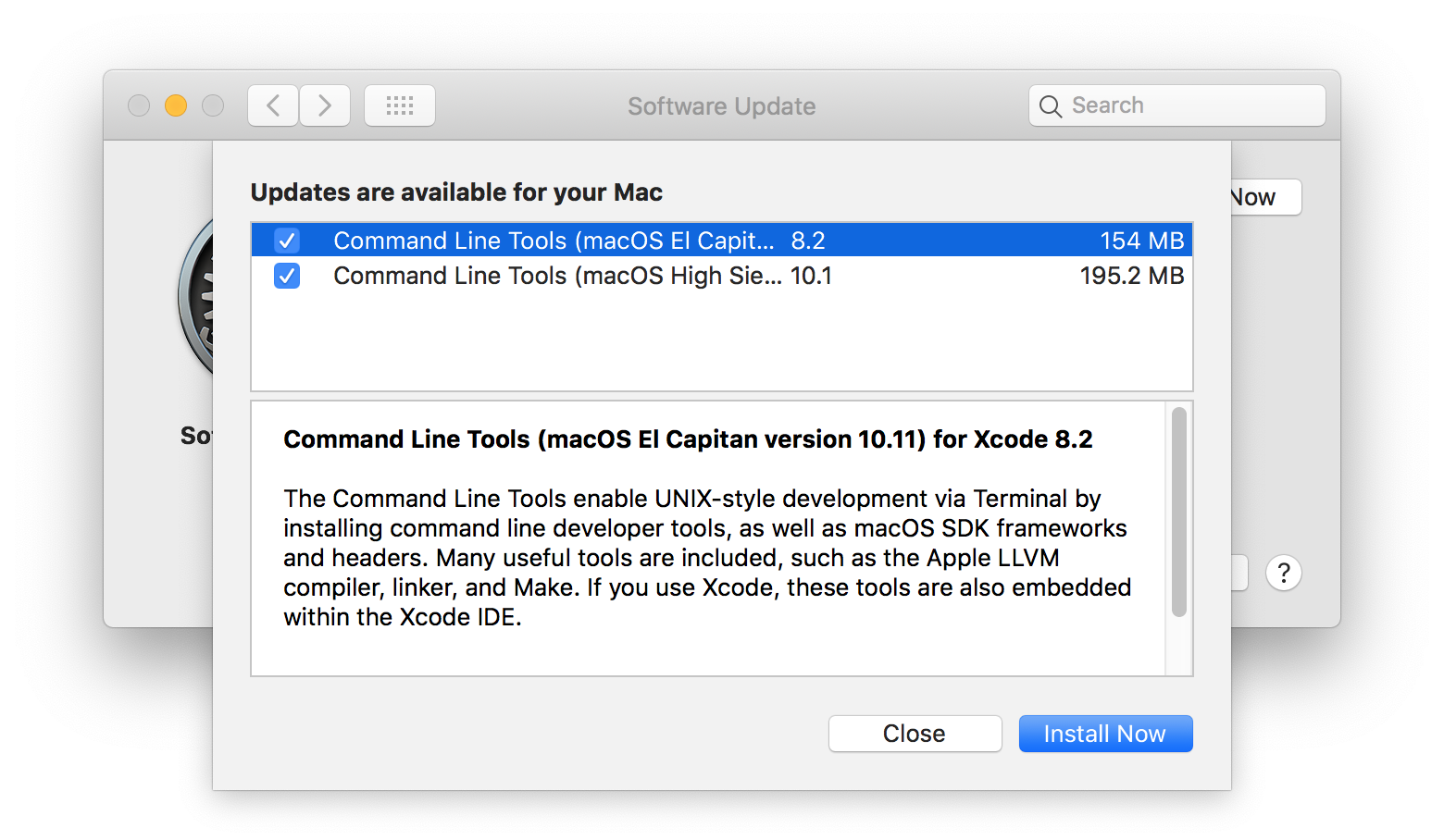 I closed the preference without installing, and as I said it hasn't shown them again. There is also no update available in new Mac App Store.

Is this a known issue? Is there any way to resolve the problem?

Of course I can download the Dev Tools for macOS 10.14 installer from https://developer.apple.com/download/more/.

Before installing them manually, though, I'm wondering if there is anything that's broken with the system.

I faced the same problem. The way I have solve the issue is given below.

I'm the original poster. In the end I resolved the problem by installing the tools manually, with the installer I downloaded from https://developer.apple.com/download/more/.

I had the same problem. It started to work without doing nothing special. I only run the following commands:

after that I was able again to run commands like git etc.

FWIW here's what helped me:

Not the answer you're looking for? Browse other questions tagged macos terminal software-update mojave .

3
How to compile with Command Line Tools for Xcode after deleting the Xcode.app application bundle?
1
Trying to install Command Line Tools without Xcode
1
Software Update command (on Mac) not listing all the updates
4
How do I solve the problem of “invalid active developer path” when attempting to use Git on VSCode
7
ERROR: 'xcodebuild' requires Xcode