I get into this situation quite often but haven't found a solution. I have a group of CSS files in the clipboard that I need to paste + replace into several different destination folders. My folder structure is similar to

There's a pattern: I want to paste to all CSS folders whose container ends in _11 but not any of the others.

The content of the destination folders doesn't matter, I just need to replace them with the new files. Is there a simple way to paste these files into multiple destinations at once? It could also be an Automator flow or Terminal command.

As requested, here's a workable solution as we've discussed in the comments thread. Currently, the situation is that you have multiple files on the clipboard that need to be pasted into multiple destination folders. These destination folders are all called "CSS" and reside inside a set of parents folders (names ending "_11") that you are able to select en masse.

After doing that, you can run the following Automator service, either from the right-click context menu and selecting it under Services (or the Mojave equivalent); or by assigning it a keyboard shortcut in System Preferences, and triggering the service with the press of a hotkey. 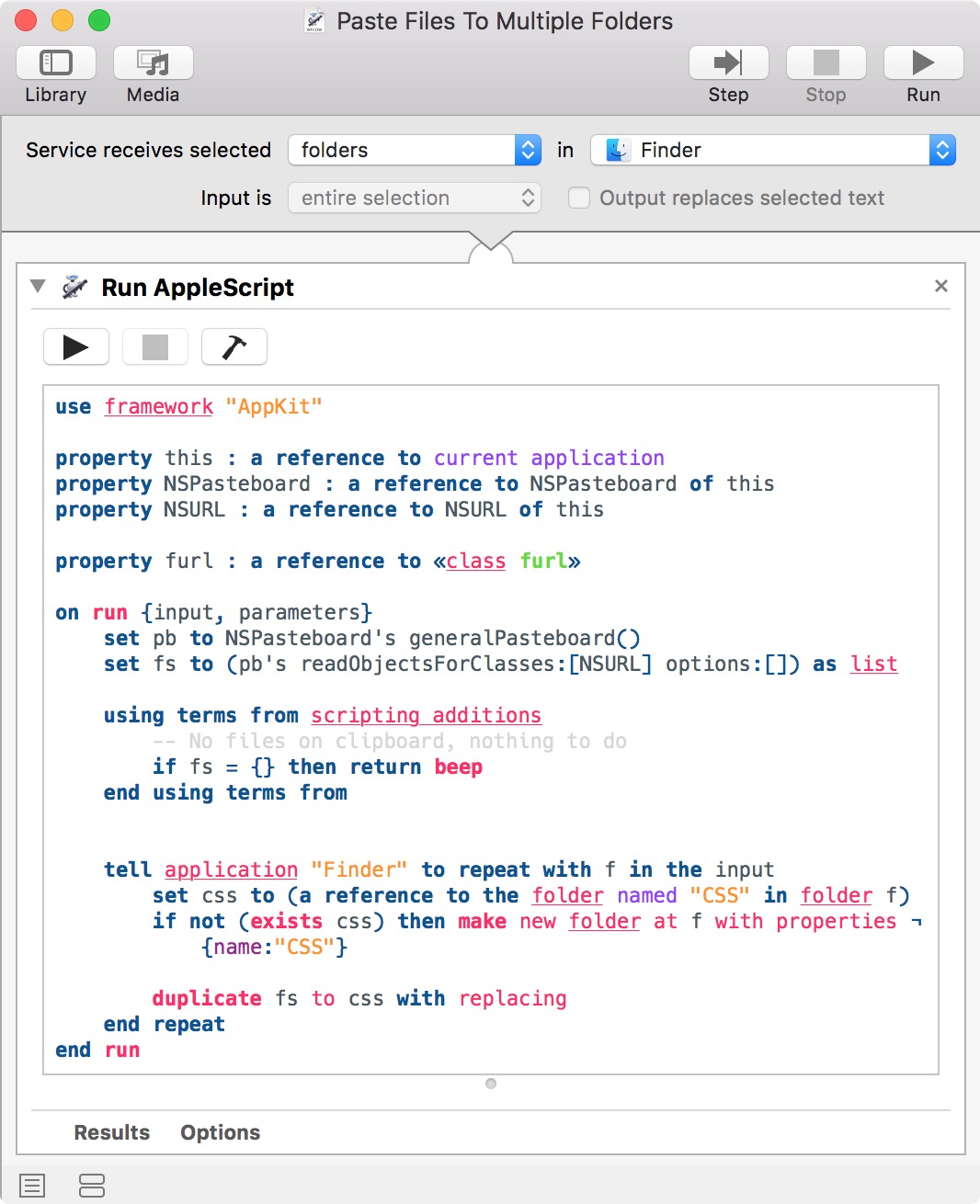 If the clipboard does not contain any files, you'll hear a beep and no further action is taken. 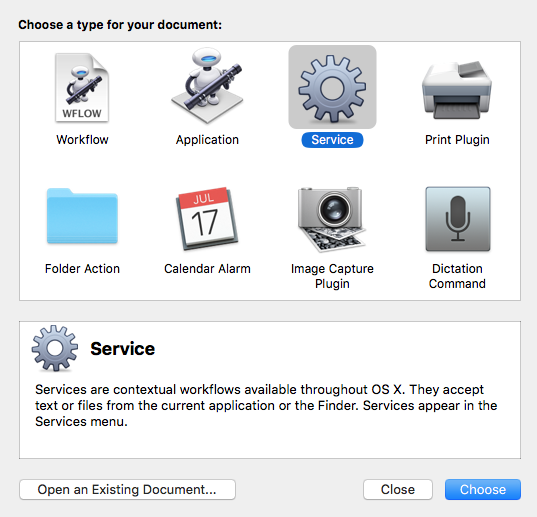 2 - Set the Service to receive Files and Folder in Finder:

6 - Save your workflow and name it as you want:

7 - USAGE: Select as many folders as you want, right click, services, find your workflow: 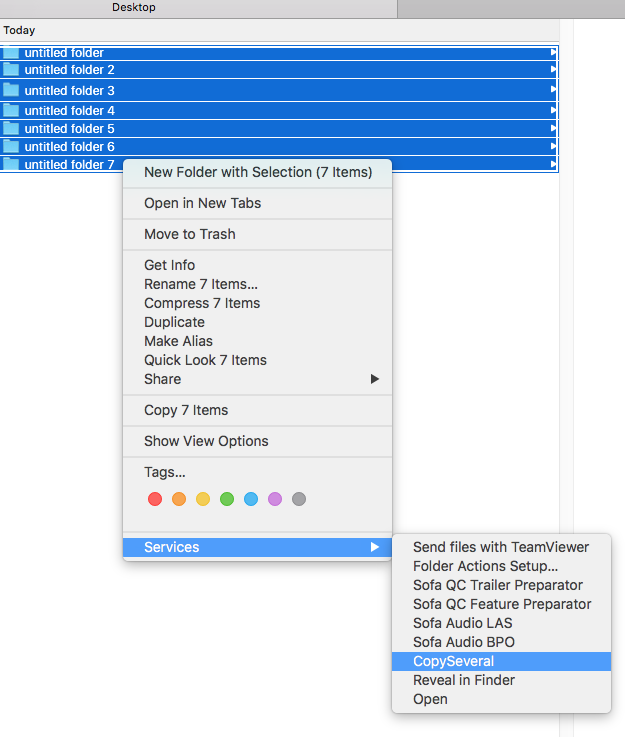 Select the file you want to copy (beware the window can be hidden behind the main one): 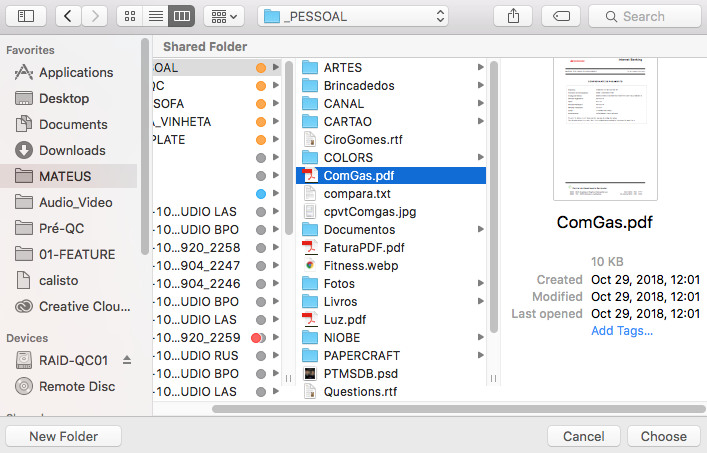 PS: the file will replace existing ones with the same name.

Not the answer you're looking for? Browse other questions tagged terminal finder automator copy-paste automation .

1
Script or workflow to modify find and replace text in clipboard
2
Have Automator parse down folders and list all filenames without their extension
5
Copy specific files and keep the subfolder structure
1
Alias multiple folders into one
2
Zip the contents of every sub-folder in a folder in Mac automatically
8
How can I paste a screenshot image from clipboard into a folder?
1
Using Automator to change the creation date of a folder in Mojave
0
Detect whether clipboard item is image data using AppleScript
1
How to find .mp4 files in a specific directory and create txt file with additional text wrapped around the filenames