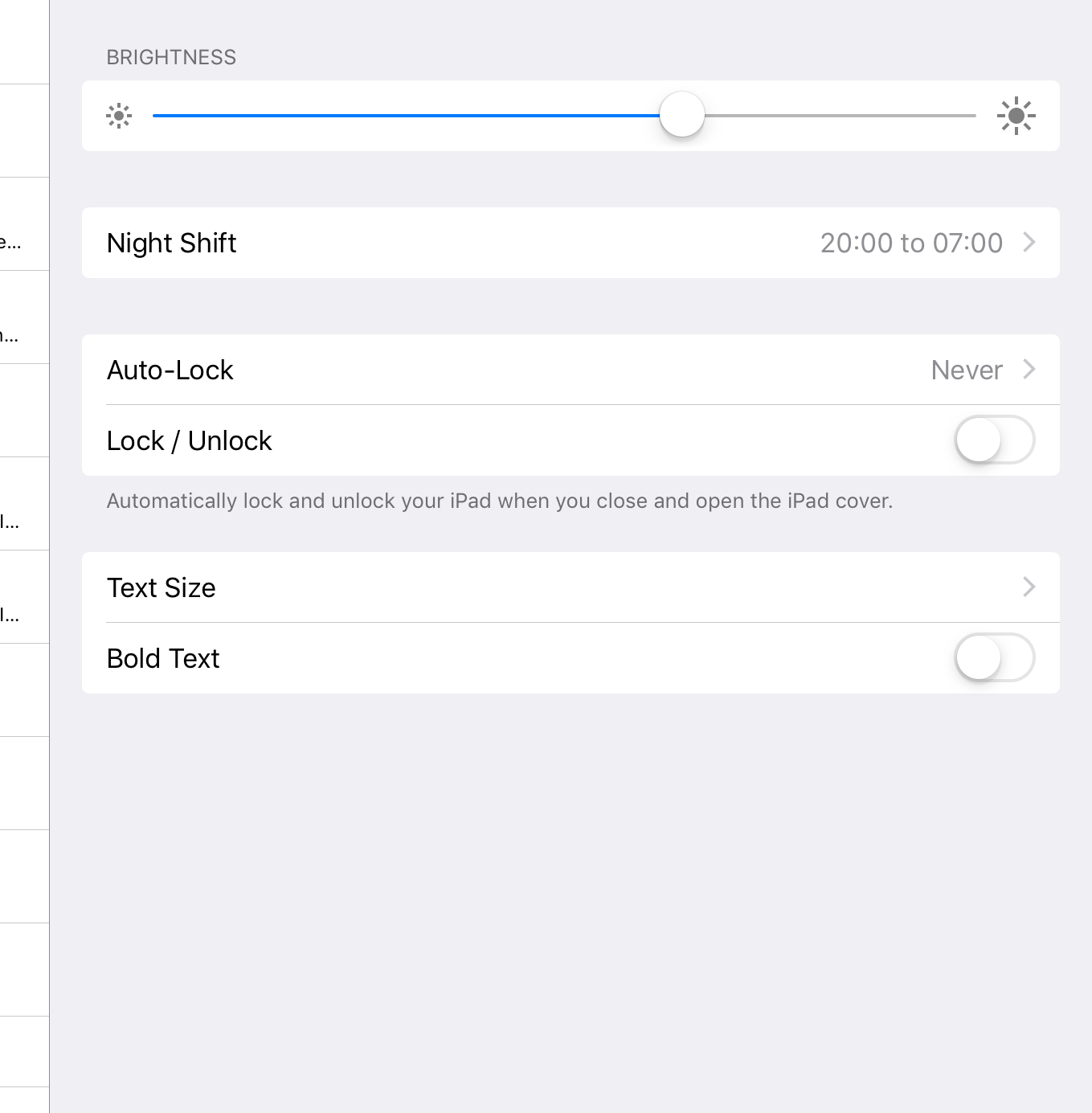 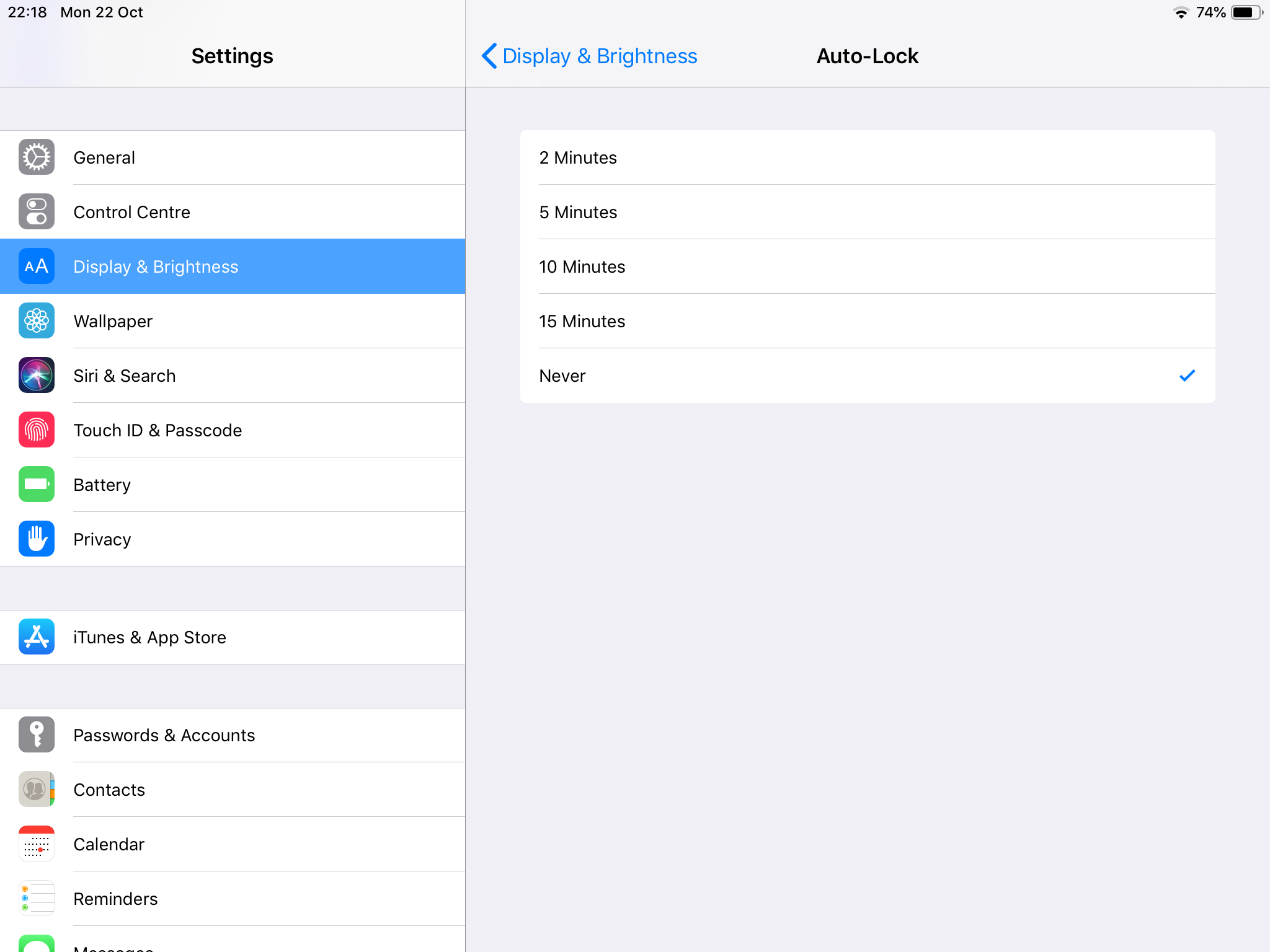 1
iTunes Match and iOS device storage
7
How can I set the time before the screen dims?
3
Does supervised device mode prevent restore on another computer in recovery mode?
0
Issue with Hard Reset the iPAD (9.3.2) that is in Single App mode
2
Allow Wallet access on lock screen "only" when the device is unlocked
2
Keep iPad always on and locked to one app. In >iOS 12
0
Get data from iPhone in DFU mode, by having all the passwords