Sometimes when editing text, I want to use the Emoji & Symbols viewer to quickly type a symbol. Other times, I want to open the full Character Viewer window. Unfortunately, there only seems to be one keyboard shortcut to open them (Edit > Emoji & Symbols, ⌃⌘space), and it simply remembers which you used last. Changing which interface is displayed seems to require the use of a mouse to click the toggle button in the top-right of the window.

How can I easily select which of them to bring up? Ideally, I would like to end up with two keyboard shortcuts, one for each interface. Third-party solutions are acceptable, but a native solution would be ideal.

Possibly useful starting point: "Show Emoji & Symbols" in the Input menu (enabled via System Preferences > Keyboard > Keyboard > Show keyboard and emoji viewers in menu bar) seems to always bring up the full Character Viewer, regardless of the last state. Activating this with a keyboard shortcut would be perfect, though I would much prefer doing so programmatically rather than via the menu GUI.

If I were in a similar situation, I would do the following:

The following was tested and worked under macOS High Sierra...

Next, create two AppleScript scripts (.scpt) files in ~/Library/Scripts/, one named My Emoji & Symbols and the other named My Character Viewer, adding the following to each:

For My Emoji & Symbols:

For My Character Viewer:

Then in FastScripts > Preferences... > Script Shortcuts, assign ⌃⌘Space (or ⌃⌘␣) to My Emoji & Symbols, and assign ⌃⇧⌘Space (or ⌃⇧⌘␣) to My Character Viewer.   See image below.

If using Automator Services, use a Run Apple Script action with the example AppleScript code, show above, replacing the default code in each and assign keyboard shortcuts via: System Preferences > Keyboard > Shortcuts > Services 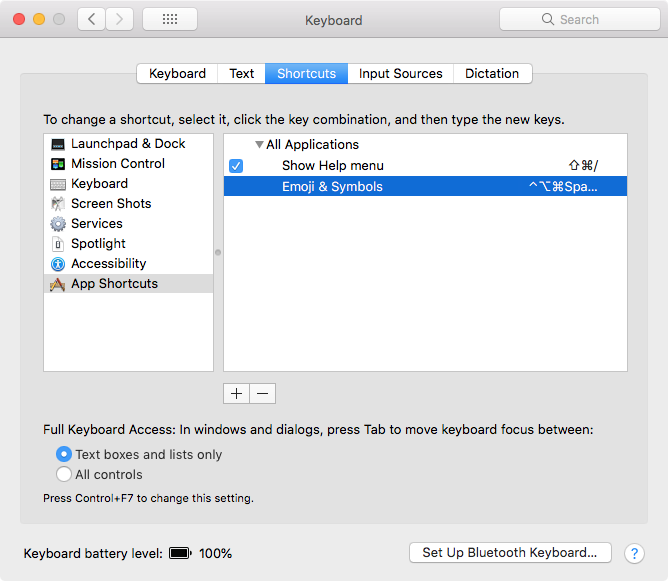 FastScripts > Preferences... > Script Shortcuts
• Note that the ␣ character, shown in the shortcut below, is for the space character. 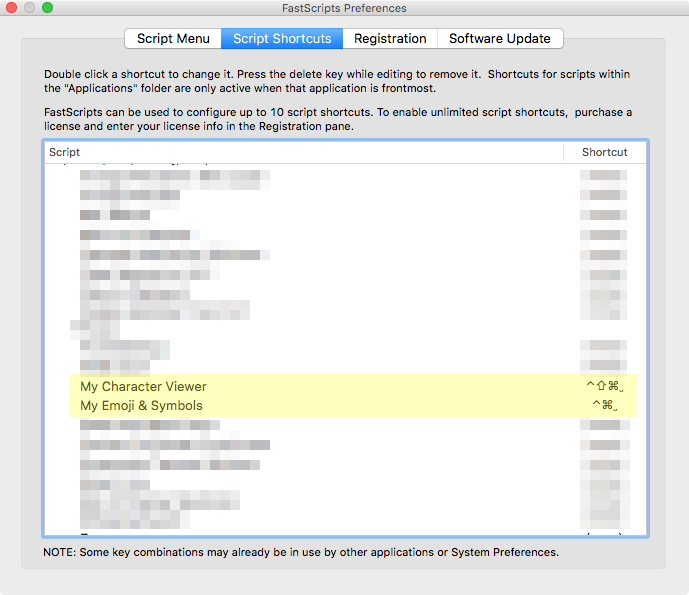 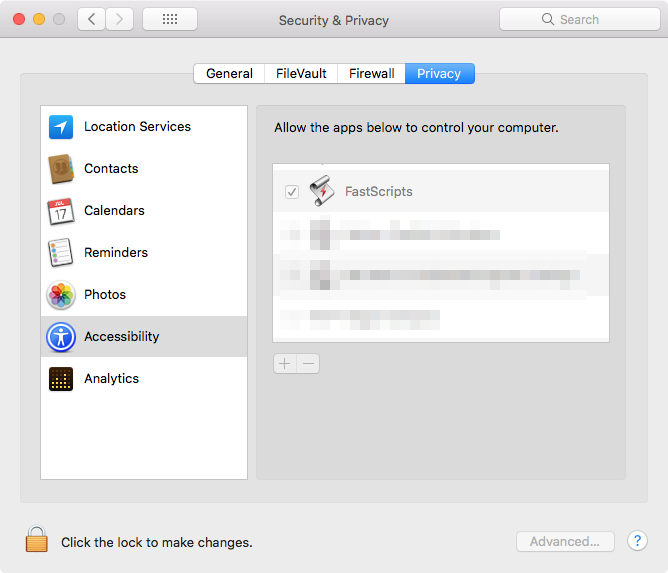 Not the answer you're looking for? Browse other questions tagged keyboard internationalization emoji .

2
Launching Character Viewer (aka CharacterPalette) from command line
2
Needed: easy program for inserting symbols and Unicode characters
2
“Show Keyboard & Character Viewers in menu bar” setting not remembered
10
Get list of all fonts containing a specific character
4
How can I use emoji on my Mac as easily as I can on my iPhone?
2
Keyboard and Emoji Viewer menu vs. Input menu?
1
Character viewer missing Unicode blocks
6
Exporting Favorites from Character Viewer