Just noticed tons of my songs are missing from my iTunes Library ... what gives?

I have hundreds of CDs burned to my iTunes Library, and lots of individual songs I bought from the iTunes Store over the years.

I have all of my music on my iPhone and that's where I listen to it mostly.

I just noticed in the iTunes Library, there are tons of songs missing.

Here are some screen shots (below) ... every song with a "!" icon next to it is missing, not on the hard drive.

There are no other problems or missing files on my MacBook.

I'm not an Apple Music subscriber, but I did try the three month trial when it first came out.

Did Apple do some kind of "sync with Apple Music" on my iTunes Library which caused songs to get replaced with their copies and, in some cases, removed?

Any ideas what happened here? 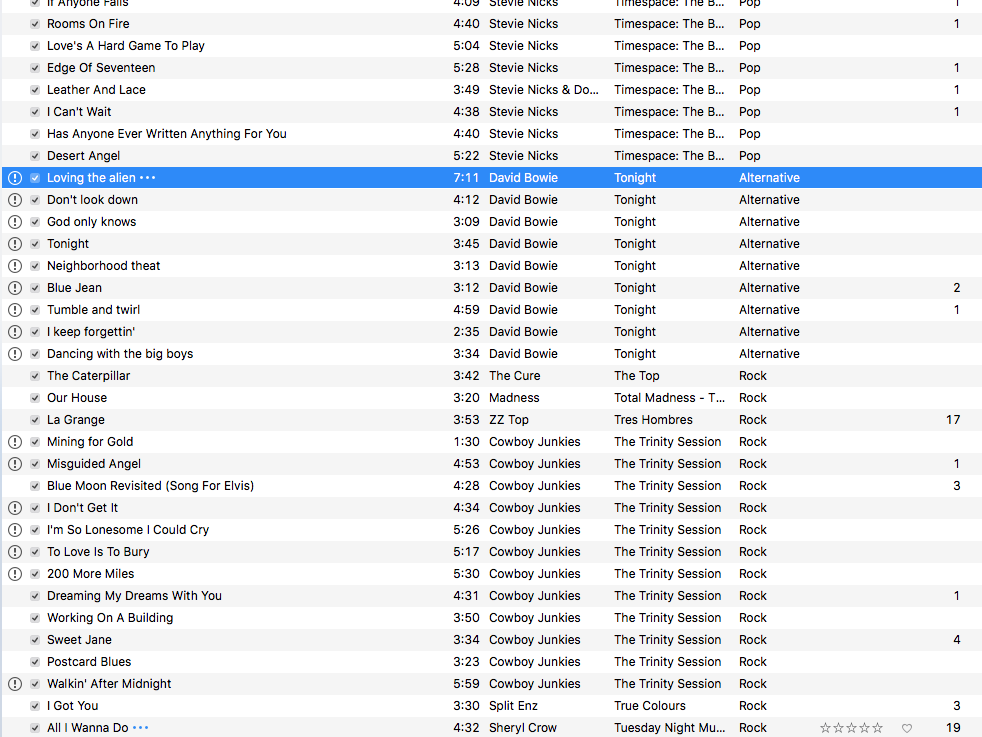 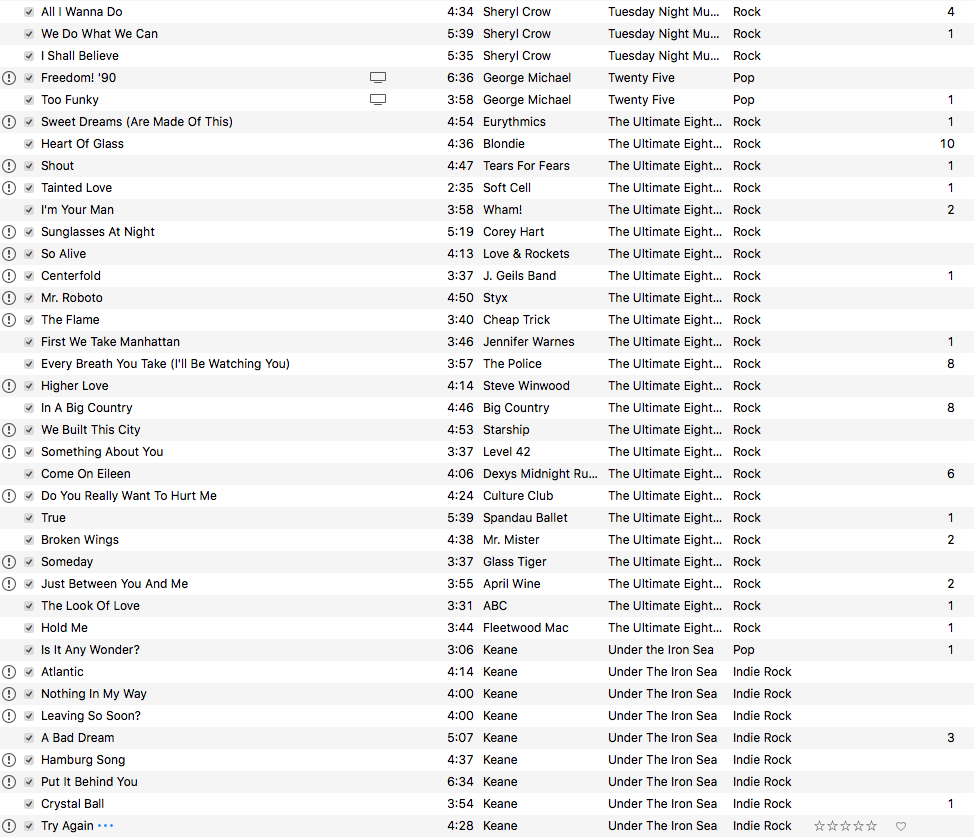 1
Is the iTunes Match Limit for ALL Songs or just Matched Songs?
8
iTunes shows 'ghost' songs on my iPhone that are not there, how do I fix this?
6
Play folder or file in iTunes without adding it into library
4
iTunes 12.2 broke the shared library feature from Mac to Windows
1
Why are many songs just not played in iTunes in Apple Music? How to force them to be played?
2
What happens to songs improperly marked 'Apple Music'?
2
How can I create a smart playlist in iTunes that updates weekly?