My mid-2012 Macbook Pro has been shutting down several times in the past 2-3 days, with the last two times happening now and a couple of minutes ago. Originally I thought that the motherboard could be overheating because often a general area next to the fan is very hot (sometimes burning hot), so I cleaned the fan and motherboard using compressed air 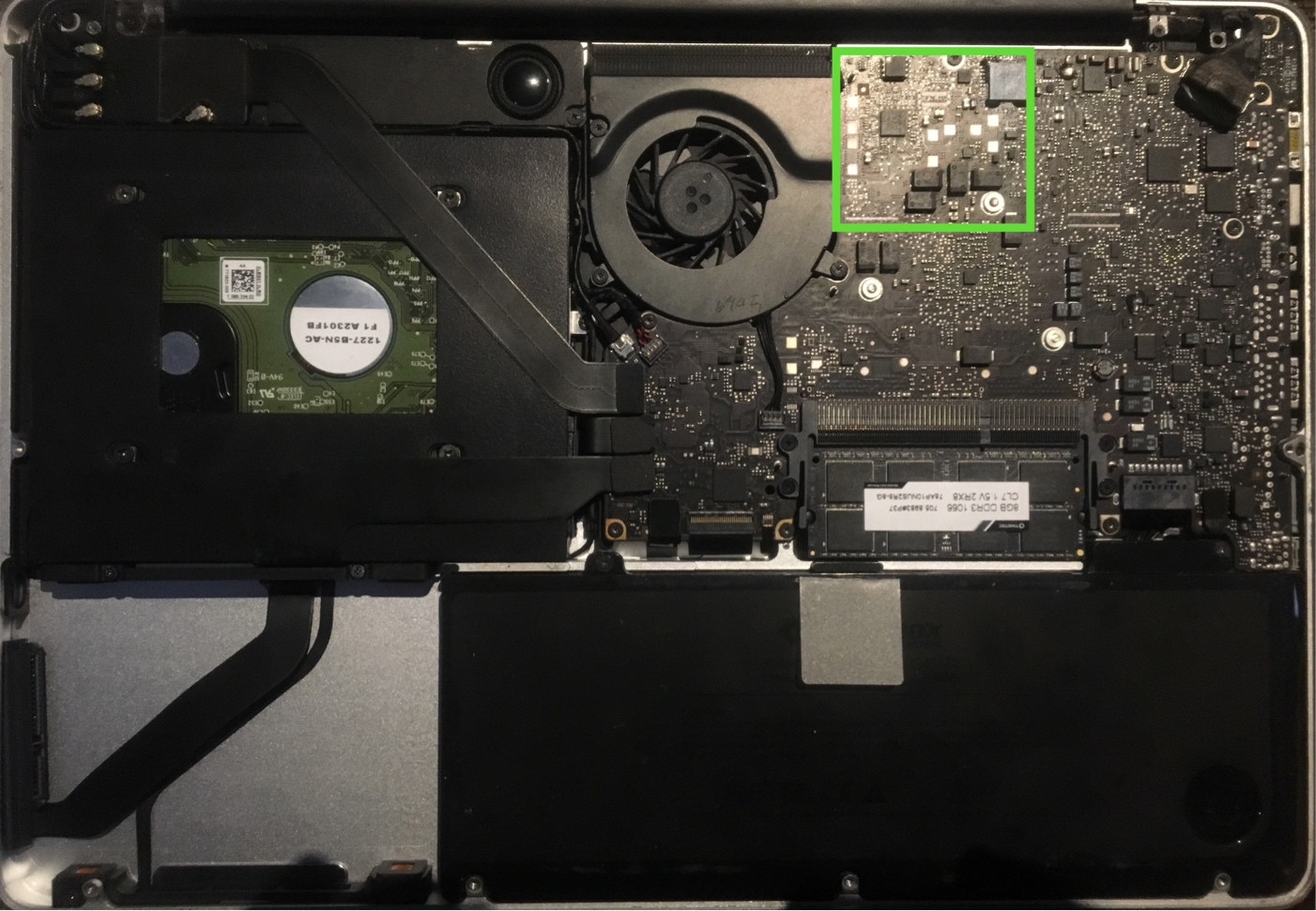 But I'm not so sure anymore. The first time it shut down today, it had been sleeping for 12+ hours (with the bottom case off) prior, and that general area was not very hot.

Any help with this is greatly appreciated, because I don't know what is going on (and I fix these), because this is my school/everything else computer, and I need to be able to type on it in school.

Yes, 1. SIP is enabled 2. I recently reinstalled macOS Sierra through the recovery partition 3. There is no hard drive in the hard drive slot because recently (starting about a week ago) the computer won't read any hdds that I connevt, but the ribbon connector works 4. The hdd is in the superdrive slot

It turns out that while overheating was probably a problem, and was probably going to destroy my computer, It still shuts down when everything is was cooler. I was running on battery power with my hdd connected externally. Does this suggest that there is a battery problem or a motherboard problem?

It turns out that one of the problems was overheating. There are other problems though, and it is still shutting down randomly, every time while running on battery

I found an app on the web named Macs Fan Control, which monitors my hardware temperature and can control your fan (in case you're having problems like me). Before, my CPU Core 2 was running at +90°c, when the max temperature for it before my system shuts down is 100°c. Now it runs at 75°c.

Not the answer you're looking for? Browse other questions tagged macbook-pro sierra shutdown motherboard .

2
What part of the MacBook Pro 13-inch 2.4 GHZ (Mid 2010) logic board is what sensor?
4
Yosemite freezing/lagging constantly on 13" MacBook Pro (Mid 2012)
3
MBP Retina 15 inch, late 2013 shuts down randomly
1
Can my crashing Macbook Pro (mid 2012) be saved?
1
Macbook Pro (mid-2012) battery not identified (shows X) after SSD install
2
MacBook Pro immediately shuts down when disconnected from charger, auto starts when opening MacBook, even after shutdown
1
MacBook Pro Mid-2012 starts but does not respond anymore