Mojave and its non-respect of the AppleLocale preference

This is a new (Mojave) version of a question posted two years ago here.

Being a French speaking bilingual Canadian, I have always had my macOS computers configured in English (because I prefer using computer systems in English) with a French Canadian Locale (number formatting, time/date, month/day names etc...). With earlier versions of OS X (until El Cap), this was a user-configurable setting in the Language and Region preference pane.

With Sierra and High Sierra, the GUI for this setting has been removed from the pref pane, but it was still possible to set the locale with the defaults command:

Then came Mojave... I am now running a clean installation - not an upgrade - of Mojave (10.14 18A391) and setting the AppleLocale with the defaults command works but the pref doesn't seem to get applied anywhere.

Here are the Canadian English default Language & Region pref pane, the clock area of the menu bar, and the AppleLocale preference read by the defaults command.     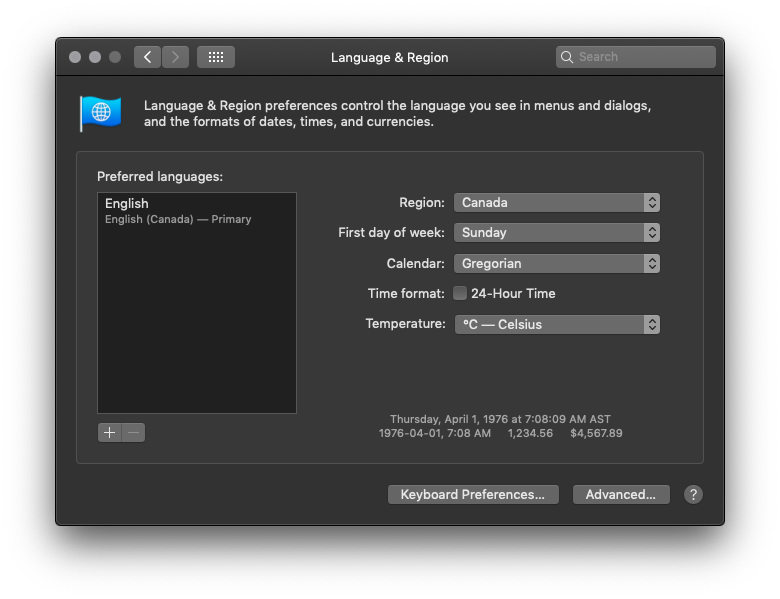 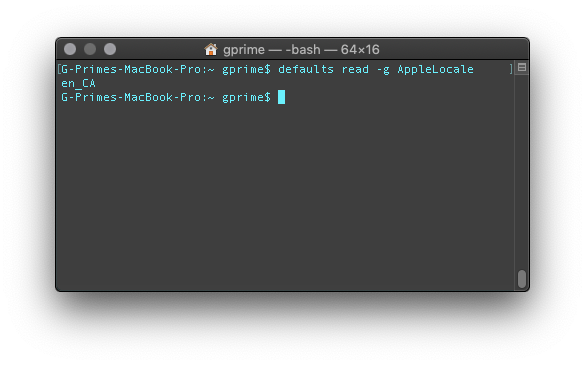 To change the locale with the defaults command, I quit the preferences app and enter the command:

When I reopen the Language & Region pref pane or read the pref with the defaults command, it appears as though the preference has been applied, like it did with previous versions of macOS. The pref pane displays the correct locale and the correctly localized dates and times. The defaults read command returns fr_CA. However, the menu bar clock and all apps that use locales (calendar, finder, etc…) are still in en_CA. Logging out/in and rebooting don't seem to change anything.     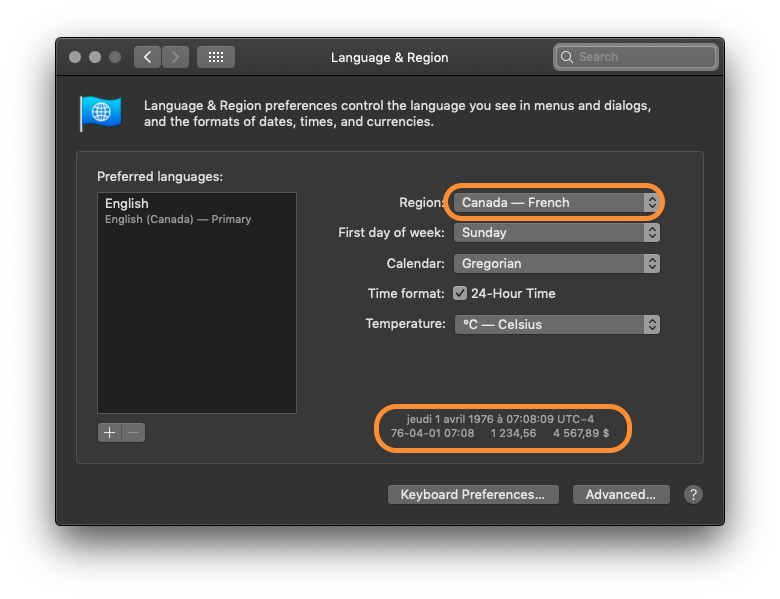 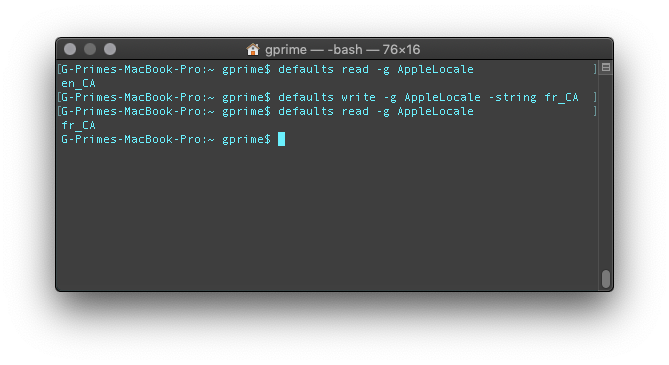 Would anybody know if Apple has changed the way Locales are being used in Mojave, or if this is simply a bug?

4
Set different display and format language on macOS Sierra
1
Why does my MacBook not display the date and time in Welsh?