I wanted to try out apfs, therefore I formatted my external HDD with it. Now the partition table seems broken. How can I reinitialize the drive?

My goal is two create two HFS+ partitions, each 1TB on the drive. I decided to wait with migration to APFS as it is not supported by all my devices.

See attached screenshots the 2TB HDD shows up as a 4TB drive? 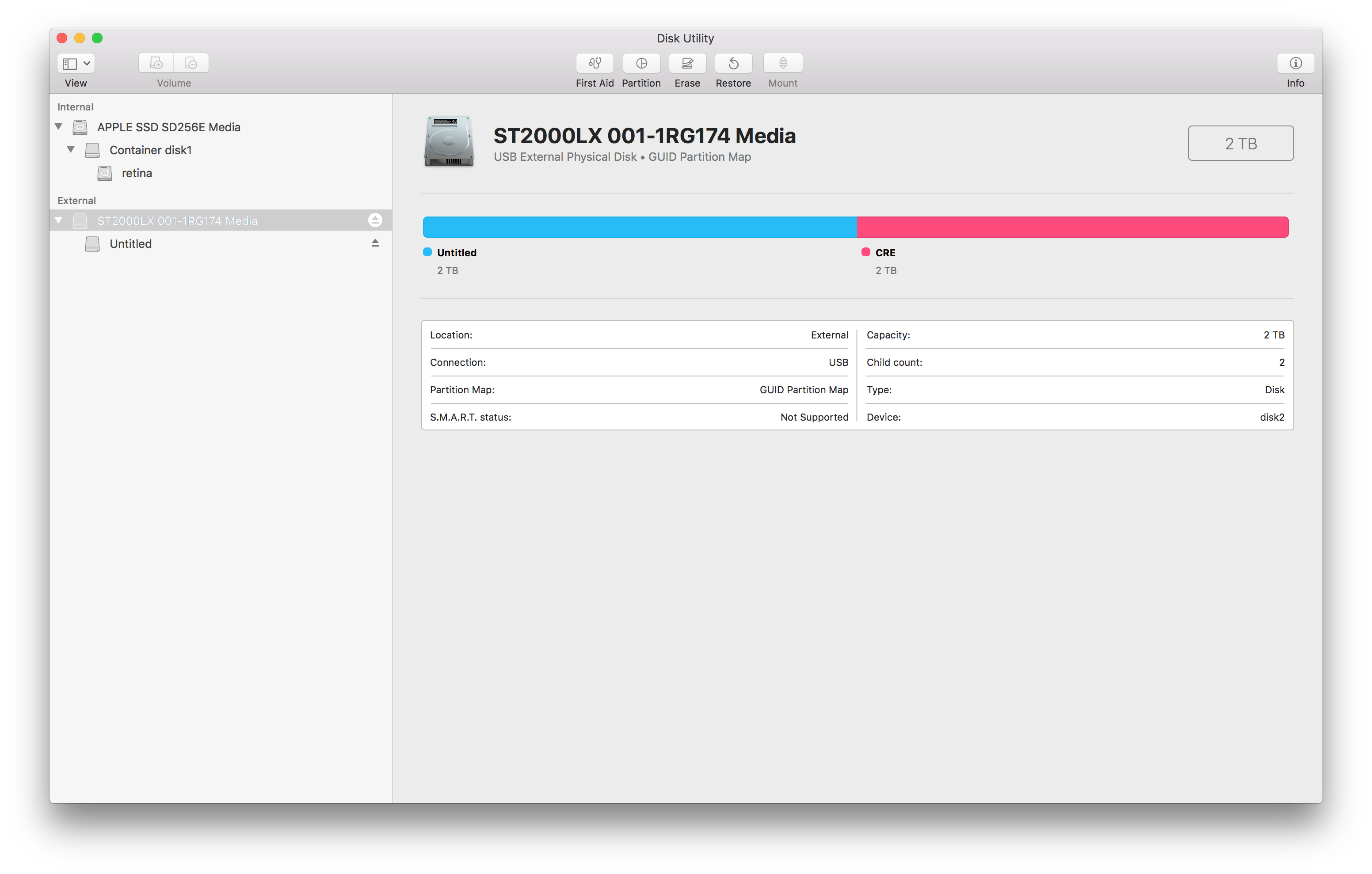 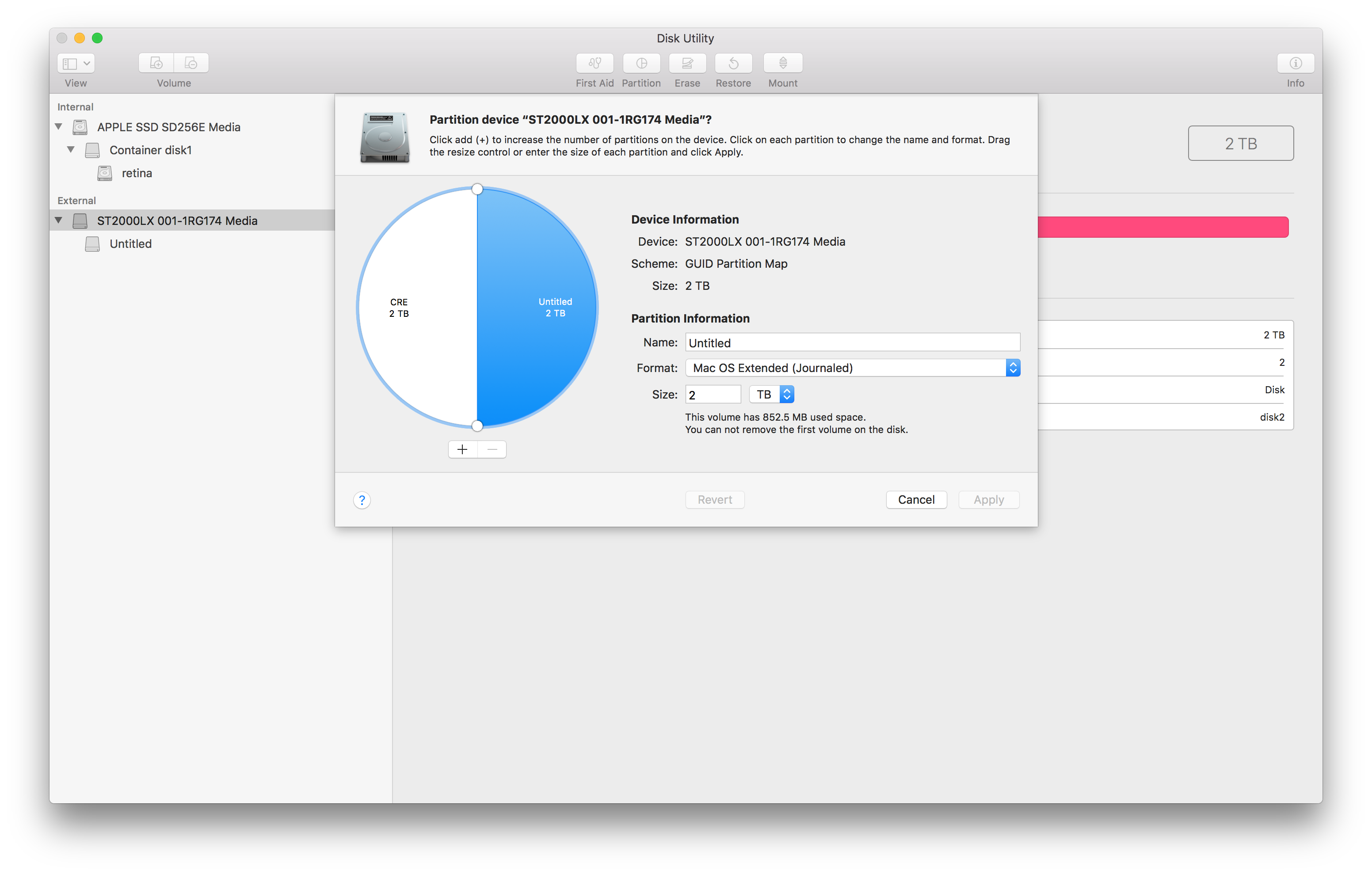 I've done this, on an SSD at least.

Probably on your drive right now there's some kind of corruption going on; I'd bet that Untitled and CRE are sharing the same UUID... I've had that happen with some interesting results.

If you want two partitions, with one as APFS:

In the pictures, you can see I have three partitions. In the first image, it's apparent that there are four volumes, and the two under "Container disk1" are APFS.

If you want two APFS volumes:

You can set minimum and maximum sizes for the volumes too if you like. 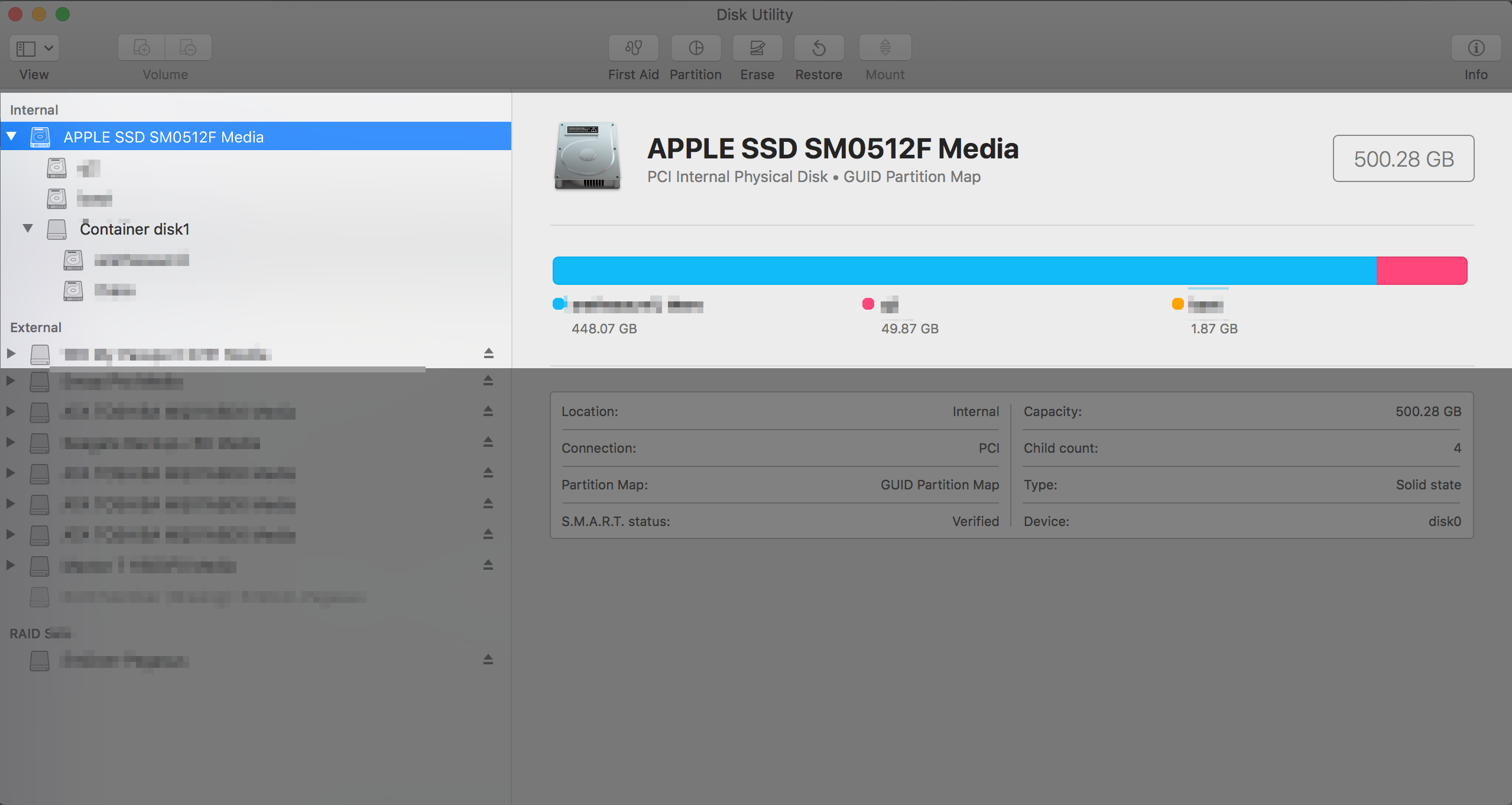 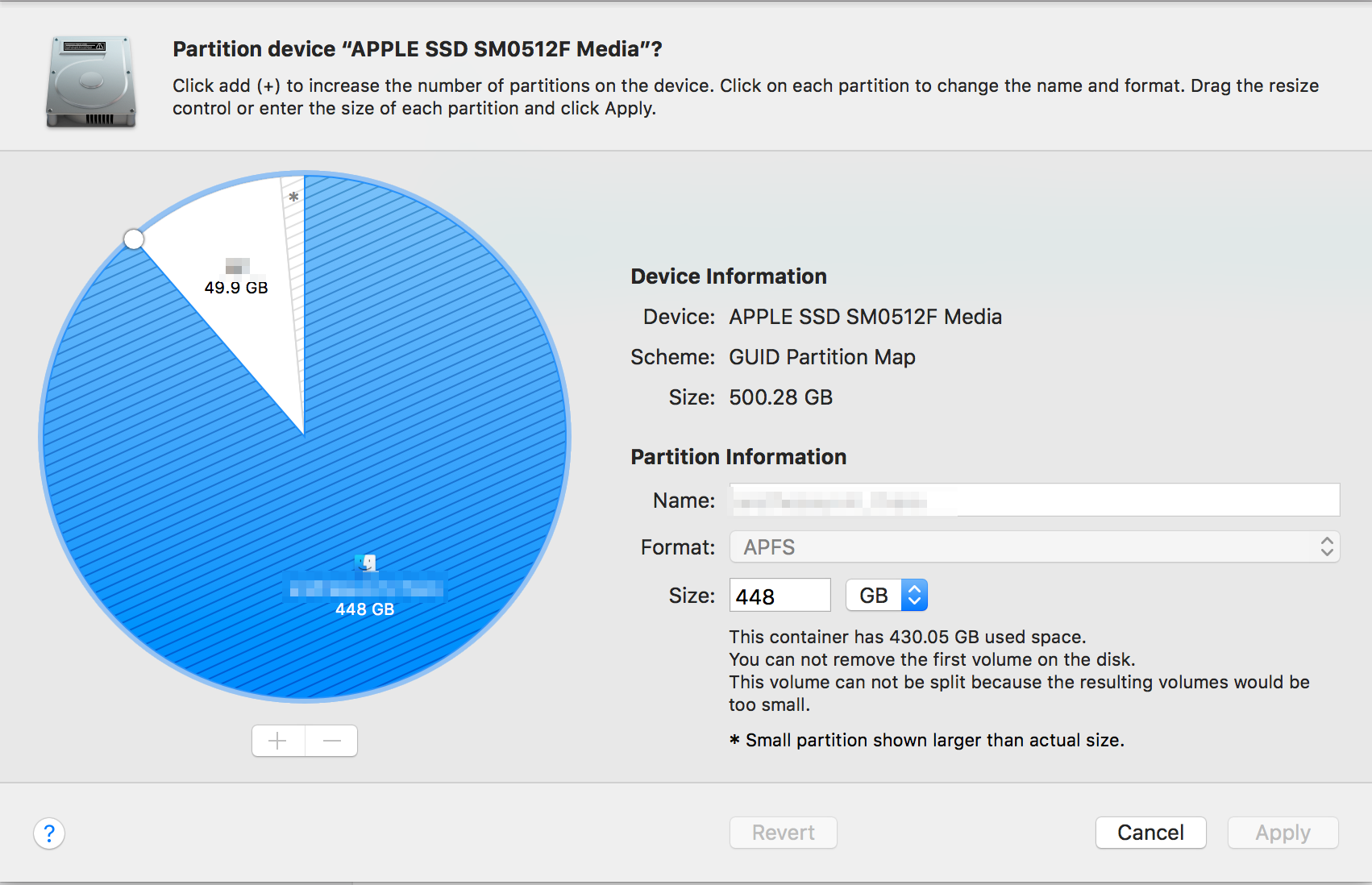 Not the answer you're looking for? Browse other questions tagged hard-drive disk-utility partition disk-format apfs .