Yesterday I downloaded and thought I installed Sierra after being told of the available update, spending more than an hour downloading and then restarting.

I had to resign in to a few apps, e.g. Google back up and sync so it looks like something did change.

Before I made the update, if I navigated to Apple menu > About this Mac I would see the exact same screen that I see now, here it is: 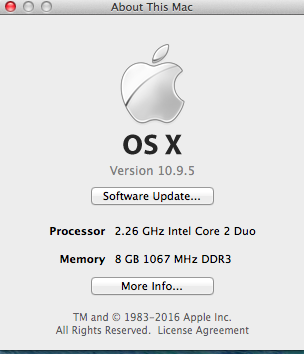 10.9.5 appears to be Mavericks. From Google search:

Under Apple menu > App store > Updates, I see that Sierra was installed recently: 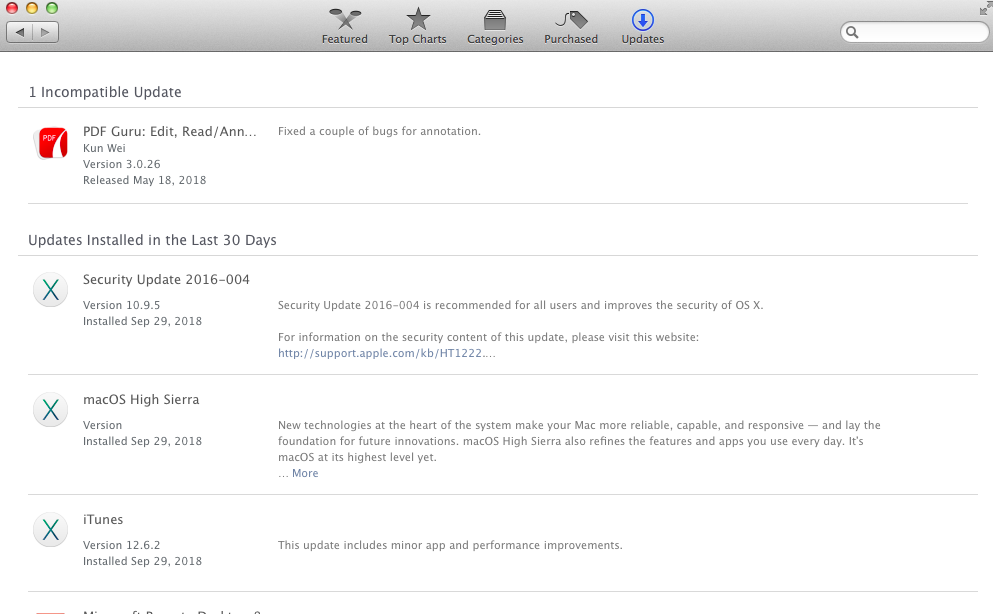 Am I actually on Sierra right now or am I still on Mavericks?

The App Store screen only say what you have downloaded, not installed.

Check if the download file is still on your hard drive named "Install macOS High Sierra" in your applications folder.

If Yes double click on it and it will start.

Because of that I usually make a copy of it before it self destruct, so I can create a bootable USB later (when I have time for it). = Procrastinating :)

Not the answer you're looking for? Browse other questions tagged macos high-sierra upgrade .

0
Will App Store programs download when I'm on a different user than the one that started?
16
How can I upgrade to any macOS version that is no longer available in the Apple app store?
8
How to stop Mac App Store from downloading macOS Sierra?
1
How to include recent security patch (APFS plain password vulnerability) into already downloaded macOS High Sierra installer image?
5
High Sierra upgrade does nothing at all when opened
11
iMac says that macOS High Sierra is installed but is still running Mavericks
3
Lost between two macOS versions after failed upgrade to macOS Mojave
1
How to upgrade to latest OS on Macbook Air?