An old (2014) link suggests that it is possible to do a full video recording (video+audio) on a mac with Quicktime, using only free software.

That seemed a little bit too good to be true, and when I tried it out on my recently bought MacBook Air with MacOS 10.13.6 and QuickTime 10.4 installed, I wasn't surprised to see it go wrong. The main problem is that as soon as audio is turned on in a QuickTime screen video, it starts repeating continuously an unbearable sequence of (mostly strident and high frequency) sounds in the background which all but hides any other sound. And yes, I double-checked the "Use ambient noise reduction" boxes to be checked and the volumes to be set reasonably in System Prefs > Sound.

This background theme sounds a lot like a proposital handicap, to be removed by payable additional sofware. I googled and browsed apple pages, but did not find any real explanation.

Related (but older, and perhaps a little outdated) questions : here, there

There are three different auto levels involved with a recording. The first two can be set from System Preferences, as shown below. 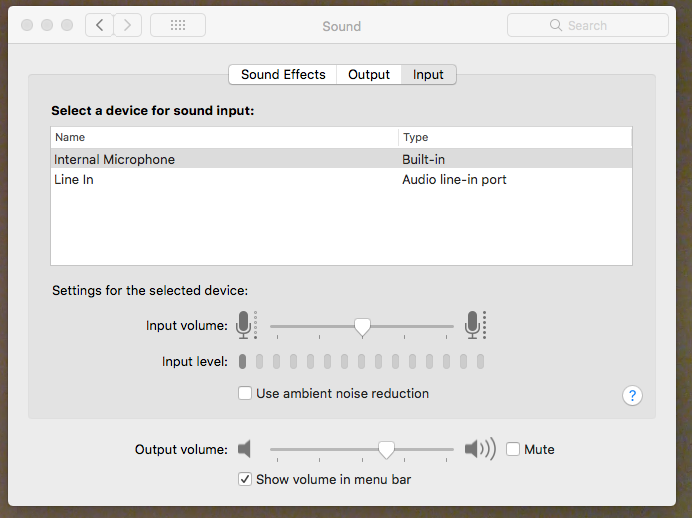 The input volume is the record level from either the built-in mic or input jack. The output volume controls level for the internal speakers other device (such as headphone) you may plug into the output jack. The third auto level is set in QuickTime, as shown below. 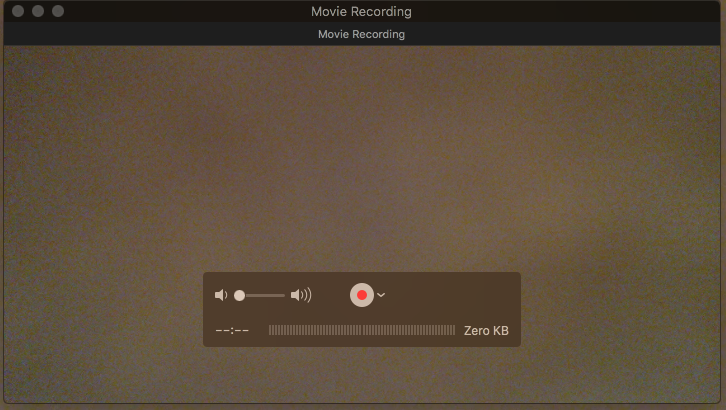 This is the level used monitor what is being recorded. This is not the same level as the output volume shown in System Preferences.

If you are using the built-in mic or an external microphone and the internal or some other external speakers, then the System Preferences output volume and/or the Quick time level should set to zero.

Although not directly asked in our question, I might as well add the following:

Not the answer you're looking for? Browse other questions tagged high-sierra audio software-recommendation video quicktime .