I created some simple Shortcuts in the new iOS Shortcuts app (iOS 12) to be invoked by Siri.

Like: "Goodmorning Siri, start my morning routine" and then some actions.

Now I also would like to let Siri say some things to me, as simple as: "Hello Jeroen, I hope you have a good morning".

I am supposed to use the "Show result" actions for this, this action should result in spoken feedback if the shortcut is executed via Siri.

The problem is: "Show result" text is not spoken (Siri feedback) by Siri when the shortcut is invoked via Siri. Actions that come after the Show Result action are executed.

Here is an example Shortcut: 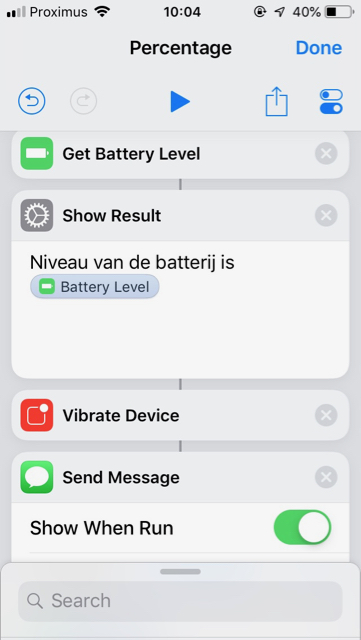 Update: I have a iPhone SE

Shortcuts allows for this, but not with the default Siri voice.

In order to add speech into your Shortcut, you need to add two objects into your script.

The following screenshot should help. Alter the contents of the Text box to your liking, and tweak the language, speed and rate to your liking in Speak Text. Hope this helps! 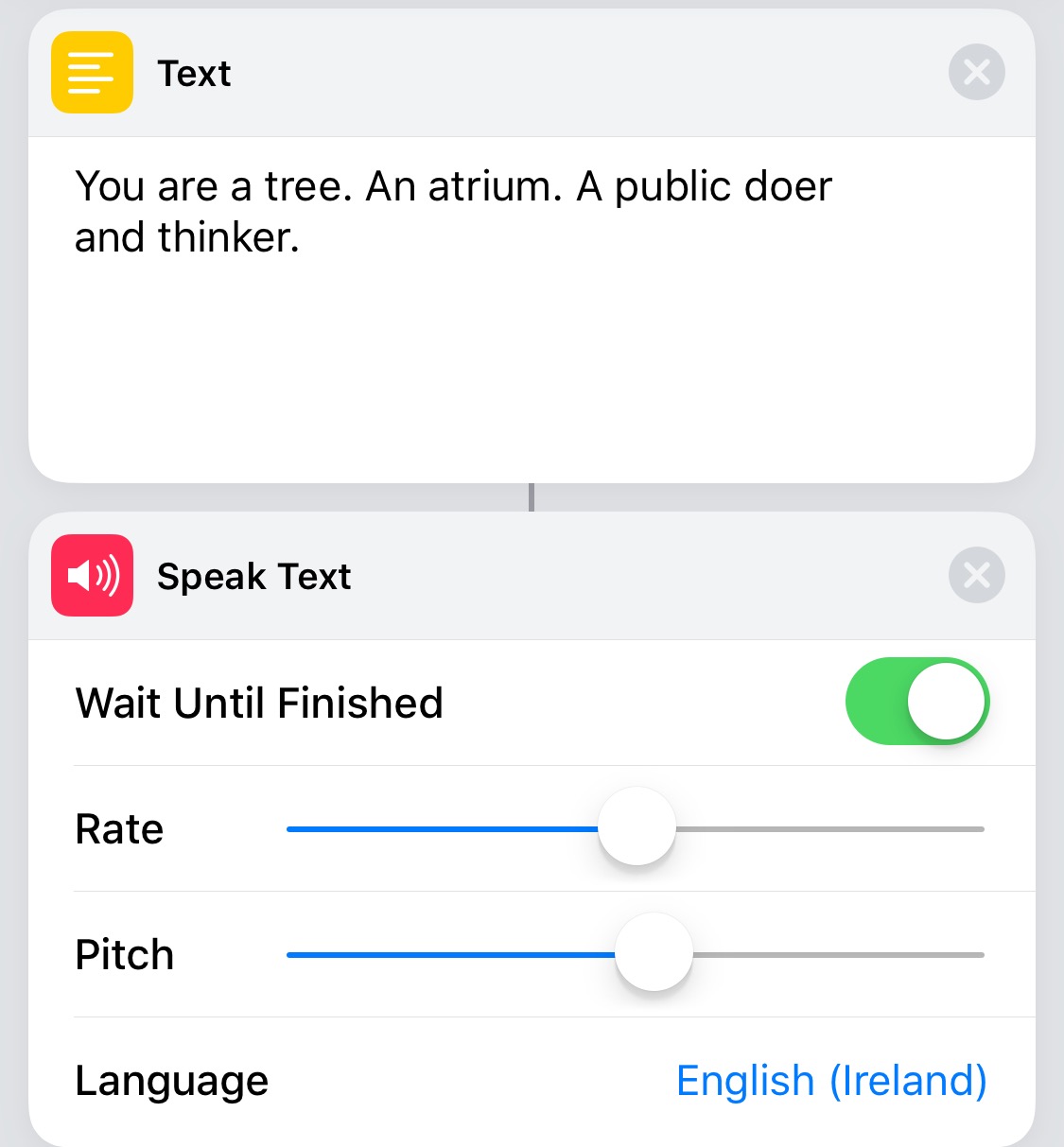 Seems others are having a similar issue. Over in r/shortcuts, there's an indication that to achieve what you want, you must use both Speak Text and Show Result. It could be a bug, or it might be limited to particular devices.

I was having a similar issue and I had to add an "open in = shortcuts app" action at the beginning, so that when the Shortcut runs (either via widget or invoked by voice via Siri) it would be spoken out loud by Siri. I'm not sure if this is the expected behavior but it definitely worked for me :)

I have the beta program, and it works fine. It's likely just a glitch they are planning on patching in their next update.

2
Unable to open some apps from iOS 12 Shortcuts
23
How to automatically trigger a iOS Shortcut (based on location/calendar)
1
Where to search for more specific information about actions used in Siri Shortcuts app?
0
How to run Shortcuts through Siri?
1
Siri shortcuts stopped working after deleting Shortcuts App
1
iOS 14: daily automation not running
0
How to run a Shortcut from a web page in iOS