Is such a performance loss of nearly 40% normal for an encrypted drive, or am I doing something wrong?

I used a 10GB test file and cp to measure the performance. Copying through Finder results in similar performance.

According to these benchmarks performances found here on APFS, APFS encrypted, HFS and HFS+ encrypted, your loss of nearly 40% may be surprising as you are writing and not reading. 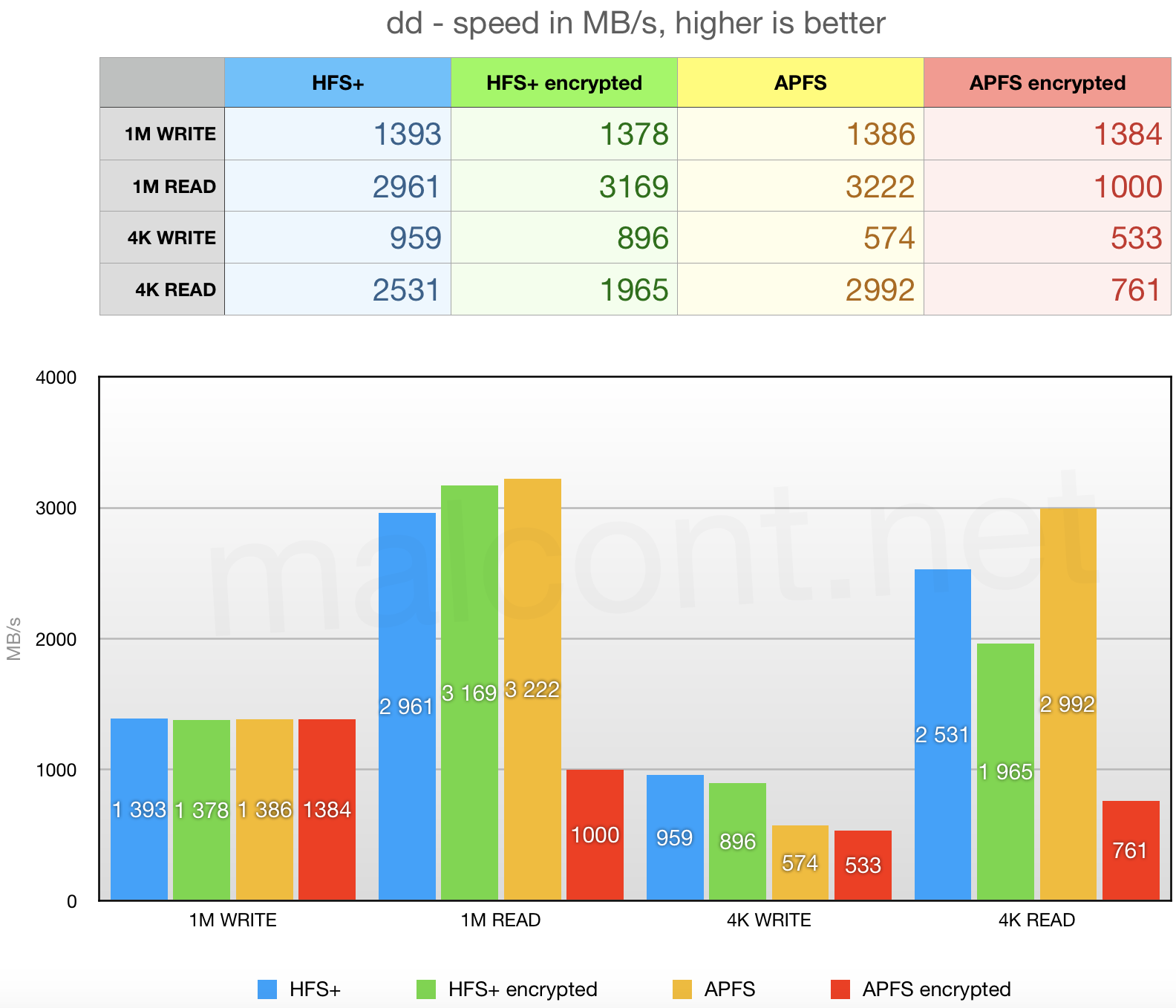 If you didn't reformat before your second performance speed test, this may be a cause.

Finally, if you did completely reformat your hard drive, this answer may be interesting :

Up to 40% drop is reasonable with the all the overhead of the encryption, it's not for free. However I have found out with the M1 airbook it is also drive dependant.

As you can see the 2015 macbook trashes the M1 airbook here, but encryption is the key here, because if i create an unencrypted APFS volume, it's pushing 100-110 MB/s.

I noticed storagekitd using a lot of cpu on M1.

This panic has big chance of happening whenever the notebook goes to sleep too:

USB is very raw on M1. Let's hope all the panic backtraces I sent will make a difference.

I see a drops of 17% (write) and 25% (read) when using encrypted vs non encrypted (One APFS container with APFS Volumes).

It seems that the 40% drop you experience is high in comparison, but it is hard to tell with so little data.

Using case-sensitive or not made difference.

I am using a 2 TB SSD with an USB 3.1 enclosure. The SSD manufacture (Crucial) mentions read / write speeds from 560/510 MB/s in their product information. Tested with several cables and on different ports.

Get around 200 MB/s with APFS encrypted:

After talking with the Apple Care support they told me that encrypted file formats shouldn't have a huge effect on read / write speed (but as we can see, they do have an effect). They solved a similar problem with another customer by changing the format to the old Mac OS Extended (Journaled) one. They have also advised me to ask the SSD manufacture for additional information and help.

Not the answer you're looking for? Browse other questions tagged hard-drive ssd external-disk encryption apfs .