How accurate is the iPhone X location data?

First of all, I understand there are similar posts, however, they are to do with previous generation iPhones. This is specifically about the iPhone X.

I am thinking about making a Raspberry Pi project where I need to get precise location data to create a map and calculate speed for some telemetry system I am making.

To check that it is do able first, I will test it with my iPhone X as I already have all the hardware. If the GPS is not accurate enough, I will go straight to the Pi setup. For example the GPS module I will be using updates location 10 times a second. What does the iPhone X do?

It's a subjective question and the perceived accuracy of location data may differ based on usage, location and signal availability. While the real answer can only be obtained by actually capturing the data, I'll try to share some information which can help you with your query.

iPhone X along with its contemporaries iPhone 8 and iPhone 8 Plus, are the first iPhones to include support for not one but four geolocation services: 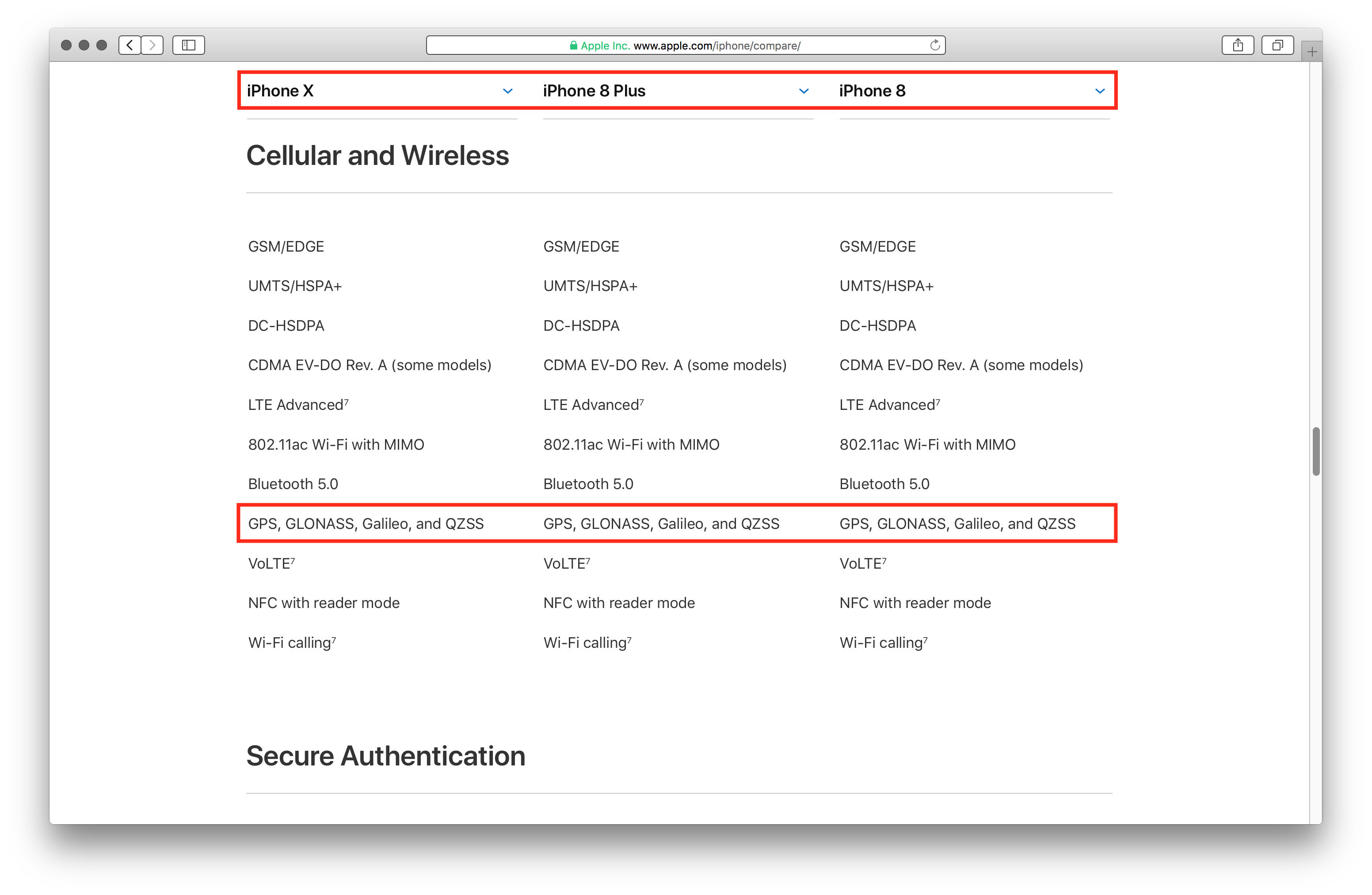 A brief description of each one of them:

While GPS support has been available since iPhone 3G, GLONASS was added starting with iPhone 4S (ref: List of iOS devices).

Some references from the Web which back the claim that availability of multiple service support will lead to more accurate positioning data:

Multi-satellite support also increases signal availability in urban areas where buildings can obstruct the sky and limit the number of visible satellites. Galileo has 15 operational satellites in orbit and three that are in testing, compared to 31 GPS satellites and 24 GLONASS satellites. By 2020, Galileo is expected to have 30 satellites operational.

Among the new features of the latest Apple offerings is the fact that the newest versions of the iPhone are Galileo-enabled. The resulting ‘multi-constellation’ capability means that users of the new iPhones will be able to benefit from more precise positioning that combines GPS, Glonass and Galileo signals. The use of multi-constellation increases signal availability, especially in urban environments, where buildings obstruct the sky and limit the number of satellites visible. In terms of accuracy, Galileo’s modern signal structure has better resistance to multipath, which helps users maintain their position fix when navigating in cities.

In terms of accuracy, Galileo’s signal structure is said to provide better resistance to multipath, which helps iPhone users maintain their position fix when navigating in cities.

iPhone X GPS accuracy is the same as iPhone 8, 7, 6S, 6, 5S and all recent galaxy phones. That is because none of the smartphones come with a GPS chip in them.

Phones do not have GPS, they have GPS capability. This capability stems from the modem chip that’s used to make phone calls and stems as a byproduct designed to receive GPS signals originally intended for clock maintenance needed for high speed internet to maintain internal phone clock.

They quickly realized it can also be used as low quality GPS, this is why current phones have such horrible accuracy of a radius that’s about 15 meters (45 feet) in diameter in some less optimal conditions, where real GPS with a GPS chip, update rate of 10 times per second, and SBAS, you will get below 1 meter precision without breaking sweat.

Phone GPS capability is okay for walking around a city, due to having more GNSS ability makes it very good for getting signal in places with tall buildings, but having Glonass, Compass etc in addition to GPS itself, does not increase accuracy, a dedicated GPS chip would be the only thing Apple could add, those chips are insanely small and insanely good at what they do, there’s plenty of space inside the iPhone, like for example that piece of plastic where headphone jack used to be.

Not the answer you're looking for? Browse other questions tagged iphone geolocation gps .

9
What are the steps to transfer an iPhone to someone else?
12
Why does iPhone Maps app sometimes ask to enable Wi-Fi for “accuracy”, even though Location Services (GPS) is enabled?
8
Why did my iPhone's GPS tracking get so bad?
0
iPhone 4S with GPS and GLONASS receiver
5
How accurate is the location detection on the iPhone's Find My iPhone app
0
Is iPad Pro's GPS supposed to be not as accurate as iPhone's GPS?
3
iOS 11 and GPS accuracy on iPhone (6+)
1
Disable tracking location by app, and other privacy features
0
Help with iPhone XR GPS sampling rate