Clicking on a link in text no longer goes to my Chrome Incognito window, opens a new one instead

When I have one Chrome window open and it is in "Incognito" mode, and then click on a link in a text file in TextEdit, it has always resulted in the opening of a new tab in the Chrome incognito window.

Suddenly last week this has changed and it opens a new Chrome window which is not Incognito.

Is there some setting in MacOS that determines this that could have been changed without me knowing it? Or is it a silent update to Chrome that's the cause of the change? Or something else? 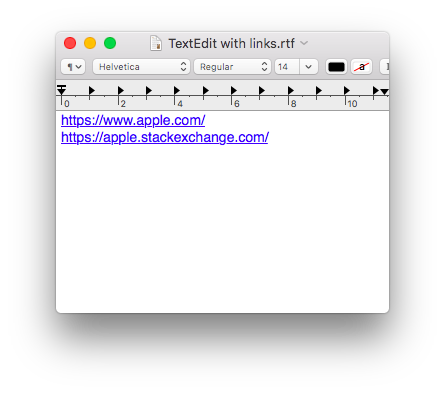 This was an intentional change introduced in Chrome 68 to bring the macOS behavior in line with that of Chrome on other operating systems. Prior to Chrome 68, links opened externally would open in an Incognito window if one was open, which was the opposite of the behavior on other platforms (e.g., on Windows, external links would always open in a non-Incognito window). This has been discussed at length in this Chromium bug report thread, as well as on the Google Chrome Help Forum.

Essentially, the old behavior was deemed incorrect by the Chromium team and Chrome 68 "corrected" this discrepancy. There appears to be no way to revert this change within Chrome. However, one workaround is to drag an external link into the tab bar of an Incognito widow, which will open the link in that window.

Not the answer you're looking for? Browse other questions tagged macos google-chrome .

13
How to make Chrome open a new window for external Links
3
`open http://foo.com` and specify the chrome user which is to be used
3
Spotlight / Show in Finder / in new Tab instead of new Window
0
Open new folder window in Finder El Capitan - instead of same window
4
AppleScript: How to open a link in Google Chrome in a new, adjacent tab?
87
Clicking on external links opens Chrome but not the link
5
Web browser opens popups as new tabs when maximized
1
Is it possible to force a Mac *.webloc file to open in a new Chrome window instead of a new tab in an existing window?