Whenever I plug an external microphone it's really quiet, what's more changing the input volume in the Sound settings doesn't affect it at all - It's still very quiet but hearable at 0 Volume and exactly the same at full volume. 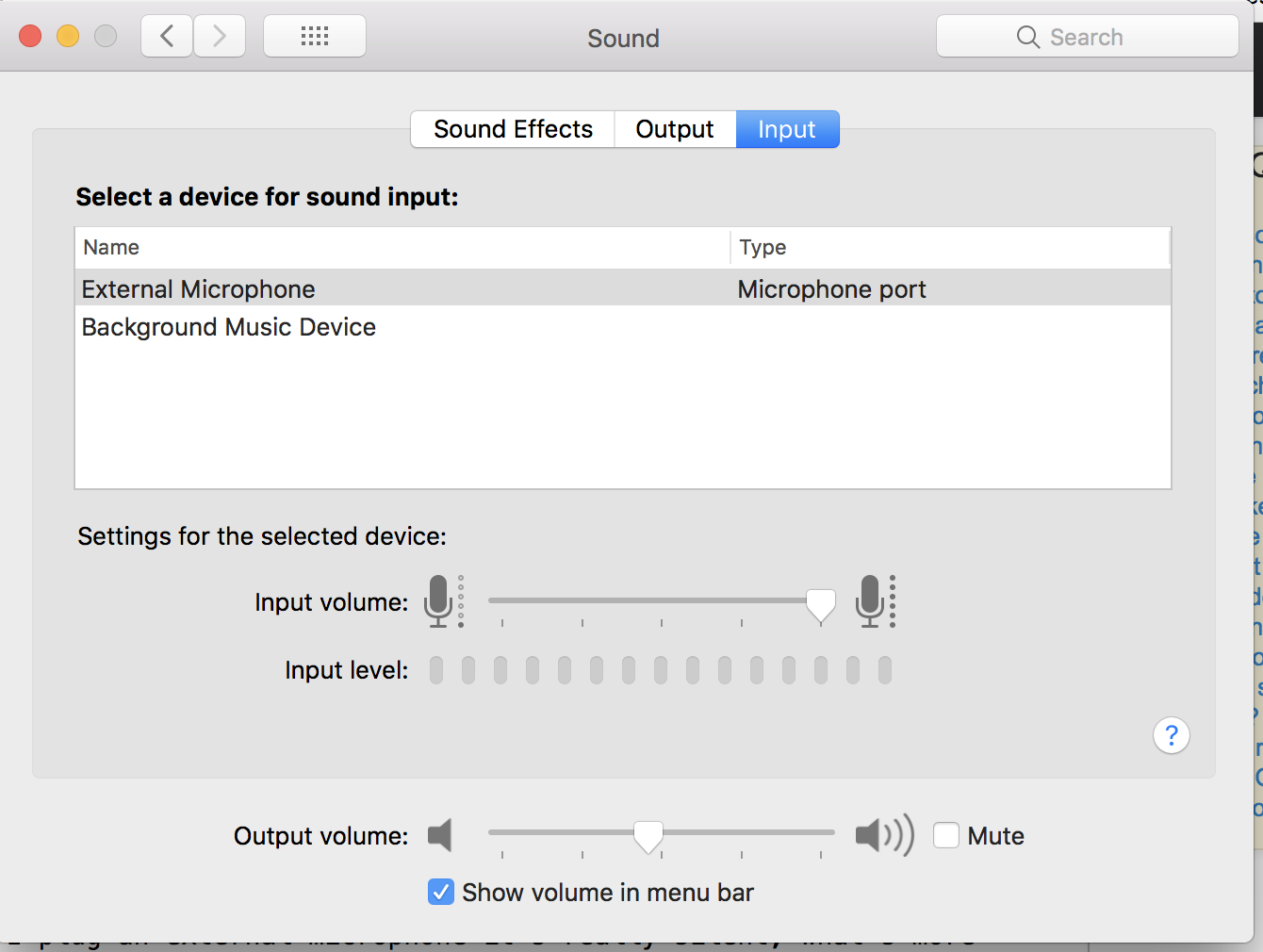 Is there any way for me to increase the volume of the external microphone?

PS. It's the same regardless of the device, all 3 different headphone pairs behaved the same

The command to set your microphone levels all the way up is this:

Also check your microphones for dust in the mic hole and if there is a power source on the device you may need to plug it in. It may need the built in mic amp.

If that doesn't help possibly a 3rd party free app like Soundsource that gives you sliders to toggle Speaker/Microphone levels from the menu bar. I've never used it but found it referenced in the apple forums.

I'm a bit late to the party, but I had a similar issue and found a solution that worked for me.

There is a product from rogueamoeba.com called 'Audio Hijack' that lets you take audio from any input (or directly from individual apps), perform processing and send it to an output or record it. It's worth considering getting Loopback at the same time as there is a deal on getting both. Both have free trial modes where it starts adding noise after 20 minutes or so but you can restart the apps for another 20 mins testing.

There is a 'Built-In Effects' block called 'Volume' that allows you to alter the volume and it has 'Overdrive' options to increase the volume by up to four times. Seems to work well for my Aftershokz OpenComm headset that's too quiet for me even at 100%.

If the volume from the mic is really low though, it might be expecting to be powered by what it's connected to, so it might be worth considering a preamp or an alternative mic that outputs at line level.

Not the answer you're looking for? Browse other questions tagged audio headphones microphone sound-volume .