Is there a way to force photoanalysisd to work harder than it does by default?

I migrated my rather large Photos library from El Capitan to High Sierra probably around 2-3 months ago. To this day, the Photos app still reports that it hasn't completed its analysis of all the faces.

I am aware that leaving the Photos.app open will pause its analysis so I have left it closed most of the time. As well, I have tracked the CPU time that the process is consuming so I do know that it is doing something.

Is there a way to kick the process into a more aggressive mode? I mean, why does it have to do everything so tenderly in background mode? It is almost like it is trying not to use my disk or CPU at all and quite frankly I've got a desktop with 8 cores, plenty of RAM and such and I wouldn't mind if it burned my CPU for 2-3 days to just get it all done.

To clarify: this is not a matter of a low priority or lack of CPU/RAM as the machine has plenty to spare and is left alone most of the time not doing anything. It is a question of if there is a config/setting that can tell the process to work hard on the problem rather than VERY passively?

I had the same problem when I migrated all my photo library and here's the way I've found to make Photos analyze my gallery faster: 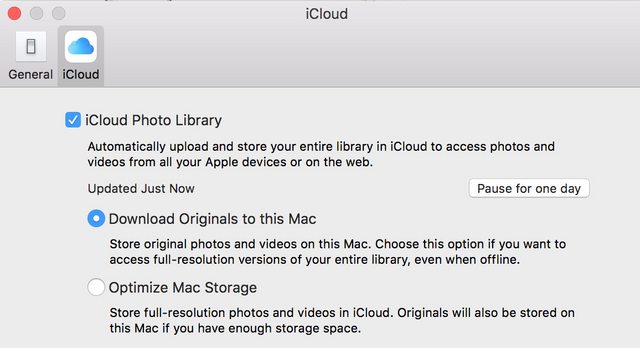 The scan should be faster after this, it should scan ~50 000 pictures per day. Unfortunately, if you don't use iCloud or the "Download Originals" option was already clicked I don't think there's any other way to make it go faster.

Not the answer you're looking for? Browse other questions tagged photos.app face-recognition .

11
How to increase / decrease a priority of a macOS process?