I have perused the entire web to see if anyone has had a similar problem with his/her MB but it seems this is an extremely isolated case that myself alone is experiencing. I bought a refurbished 2015 MacBook pro (straight from an online Apple store) in July 2016. On the day it was delivered, it got a kernel panic. I immediately thought it would be a good idea to return the computer but I was too busy and needed a computer so bad and most importantly, I bought the computer in Japan and the language barriers helped a little in making the regrettable decision of not returning the computer. Over the past two years of using the computer, I have noticed a few minor glitches that I mostly decided to ignore. This include for example:

The above glitches are nothing compared to what I have been experiencing recently, however. My MacBook's trackbar is giving me electric shocks! Yeah! At first, I thought that maybe my fingers were tired and that I needed to take a break. But this has continued ever since. The electric shocks themselves are not too serious (and sporadic). However, after some time of usage, I feel the burn it gives me and it quickly accumulates over time. It's so strange and hard to explain. I tried to explain this to an apple shop employee but they, unfortunately, could not help because I either could not explain the problem well enough (language barrier) or, as I suspect, because they have never heard of the problem and that the electric shock burns are only felt after a period of use (something like 30 minutes to an hour), thus, did not have enough time to actually test it themselves. Facing this challenge, I turn to the community to ask what are my options to have this problem solved:

Has anyone ever experienced a similar problem?

Is my MB turning slowly into an explosive Galaxy Note 7?

Is there any way I can contact Apple (English support and without requiring AppleCare plan) to help me solve this problem?

Although Apple insinuates that you need AppleCare for tech support this is untrue. Contact support and explain your issue. They will be more than happy to help.

Or, should I conclude that I am just screwed and, as my friends often joke, switch to a Dell XPS 13?

Apple should be able to help you with your issues.

And most importantly, what is the likelihood that this thing will one day decide to go ballistic and blast open my nuts?

Very unlikely. I would also not suggest eating nuts near your computer ;)

I just got my MacBook Pro 2 months ago. When I charge my Macbook, the top surface next to the mouse pad feels like it is vibrating and the edges give me a sudden shock.

This is what I did next: I attached a wire that is connected to the Earth terminal in the electrical wall socket and the other end to the Macbook Pro corner and viola, the vibration and shock disappeared.

The electric adaptor that converts AC 220V to 20/9 V DC into the USB Type C connector does not appear to be connected to the Earth terminal as you see below. 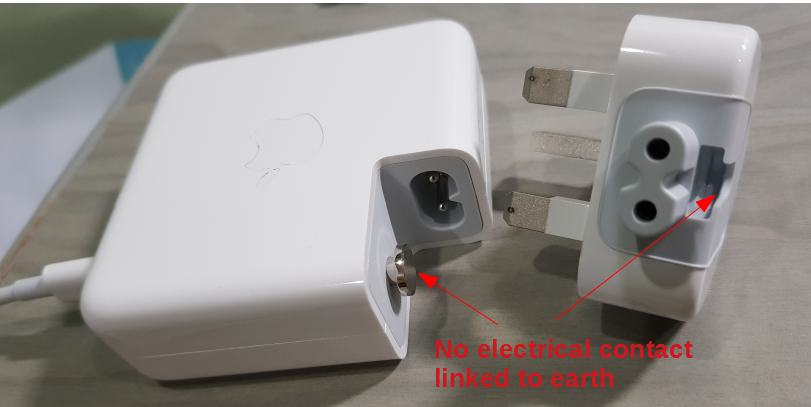 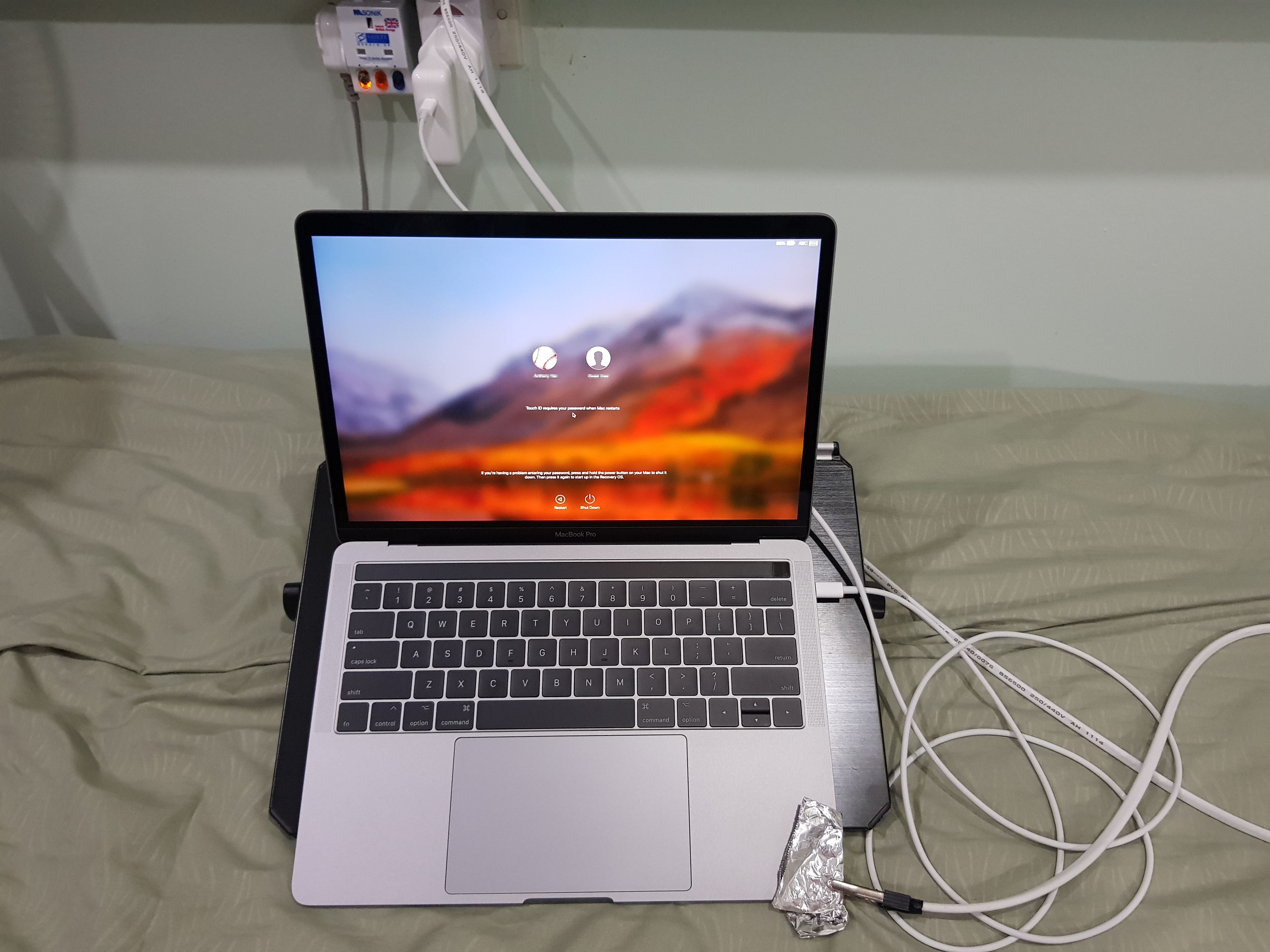 1
Diagnosing system lockups
3
Daily Kernel Panic on my MacBook Pro
0
Applecare Validity for Macbook in Turkey
6
My Macbook Pro gives electric shocks. How can i measure it?