I miss Safari’s Reader mode’s ability to cut down on website cruft, for example Medium’s banners.

Can I get Reader mode in Chrome? How? I tried chrome://flags/ but no luck.

Firefox is my main desktop browser but not interested in it on iOS. I’d prefer Chrome be extended to perform this function, but I’m open to any and all third party browsers that can emulate the Safari reader mode function.

Someone suggested I use Workflow to address another question I had.

And it occurred to me that I could use it here as well (you'll need to be at least on iOS 11.x - Workflow is much, much, less powerful on 10.x.

You need to create an Action Extension workflow, set it up to only accept URLs and then choose Open in Safari as an action.

You may also need to enable Workflow in sharing.

Here's a rough series of screenshots, from when you've launched Workflow. Sorry, it's a little bit complicated and fully detailing each step in the series would take a lot of little dialog screenshots, but hopefully you'll get the idea.

Also, keep in mind iOS 12 is apparently replacing Workflow with Shortcuts so there might be another way to do this later.

The upshot is that I can pick Workflow in Sharing, then my Workflow, which I've saved to Safari. 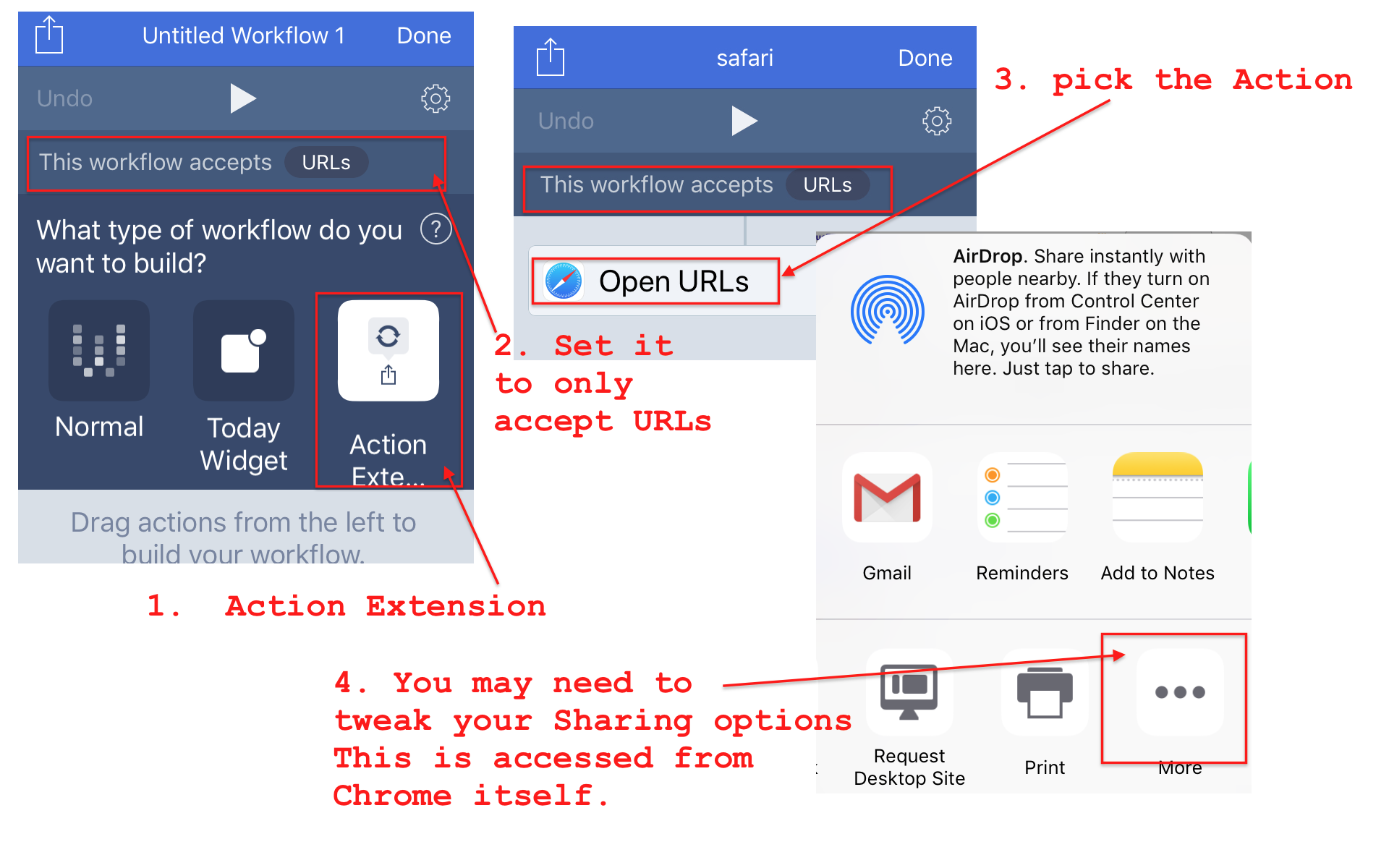 confusingly it seems as if Shortcuts is only a rebranding of Workflow, so my instructions apply to it as well.

Last, you Firefox Focus has an open in Safari option.

This is actually even easier now. In fact, the new Shortcuts Gallery has an Open Safari Reader shortcut that you can use out of the box. It is pretty slick.

Thanks so much for asking this question, I’ve been looking for this ever since Safari Reader View came out.

I just wish the individual Shortcut itself could be one of the Sharing widgets rather than the extra step of clicking Shortcuts and then the Open Safari Reader icon. I thought having a Siri phrase might help but it doesn’t seem to pass the URL. When I am viewing a webpage in Chrome and use Siri to run the shortcut it just goes to the Shortcuts app but doesn’t successfully hand off the URL.

Not the answer you're looking for? Browse other questions tagged ios software-recommendation google-chrome web-browser .