How to customize new Siri voice in the Speech of Accessibility?

Siri has a peppy new voice. And I want to use this voice to help me read selected texts. However, I don't know how to set it. Why can't we use the new Siri voice? 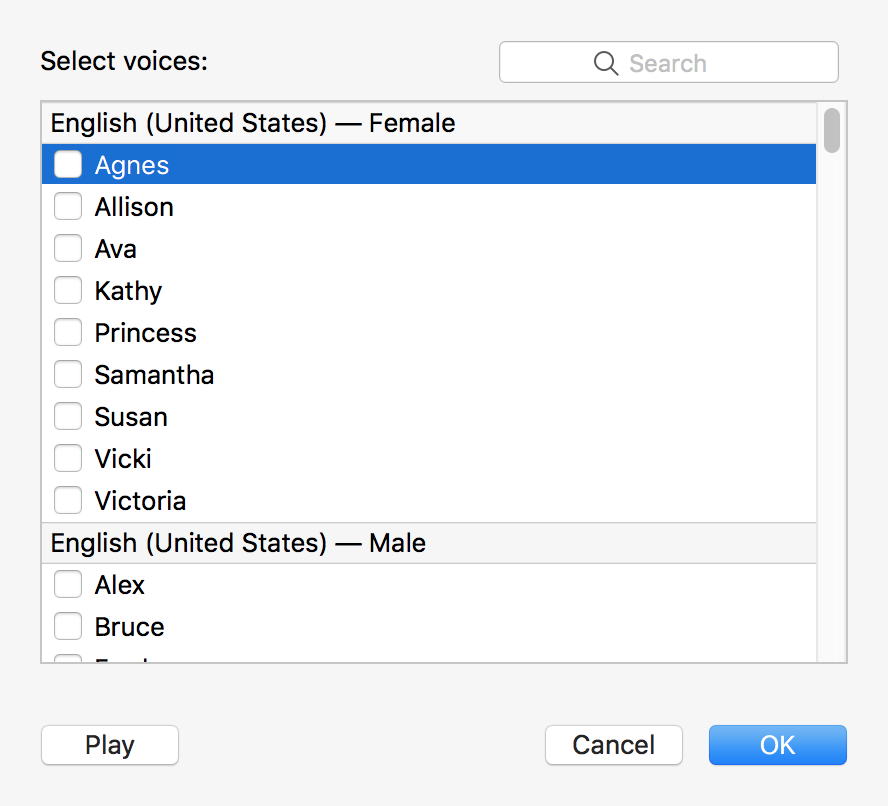 This is my Siri setting:

The answer is simple--but I think you may not like it. Siri's voice can be selected for text-to-speech only on iOS devices. The reason you do not see it listed among your MacBook's System Voice choices is that Siri's voice is not available as a System Voice on MacOS. On Apple's computers, Siri will be heard only in its role as the Siri personal assistant. You need to use a iPhone or an iPad to have Siri speak selected text.

The peppy new voice you're referring to is really just the existing voice that has been improved via the use of deep learning so that it has a smoother more natural sound than previously.

This is not something you have to select. Apple started introducing these changes as part of iOS upgrades, starting with iOS 10 and continuing with iOS 11. These changes have also been deployed to macOS and in fact with multiple languages (not just English!)

If you're interested, you can refer to Siri On-Device Deep Learning-Guided Unit Selection Text-to-Speech System. This is, however, a rather technical article.

In summary, there is nothing for you to do to get the benefits of this peppy new voice.

Just to clarify, there is no new voice option to get the benefit of Siri's improvements. That is, it's not a new voice, it just that Siri's voices have been (and continue to be) improved so that they have a smoother more natural sound.

To quote directly from Apple:

For iOS 11, we chose a new female voice talent with the goal of improving the naturalness, personality, and expressivity of Siri’s voice. We evaluated hundreds of candidates before choosing the best one. Then, we recorded over 20 hours of speech and built a new TTS voice using the new deep learning based TTS technology. As a result, the new US English Siri voice sounds better than ever.

For ease of reference, below are some audible examples you can listen to to compare how Siri's female English voice has changed over time. In each example you will hear the phrase spoken three times by Siri to compare how she sounds from iOS 9 to iOS 10 to iOS 11.

“Okay, I set up your meeting with David tomorrow. Shall I schedule it?"

Not the answer you're looking for? Browse other questions tagged macbook-pro siri .

1
How to have Siri pick from the list s/he just read to me?
1
I accidentally went to Siri settings and changed the info to “Cassie” one of my contacts that isn't me.
14
Use Siri's voice as the system voice
1
How can I set the default audio volume for Siri playing music on HomePod?
11
How can I remove the Siri icon from the touch bar?
3
How do I remove Siri from the collapsed Control Strip?
2
How to fix broken text to speech rate on Big Sur