I have a 1 TB internal drive (with APFS file system and FileVault enabled) I want to backup using Time Machine to an external USB hard drive. I want the backup itself encrypted so no one who has the hard drive can read/restore its content without a password.

I called Apple and they told me to do both but the call center agent did not really make the impression that he knows for sure. 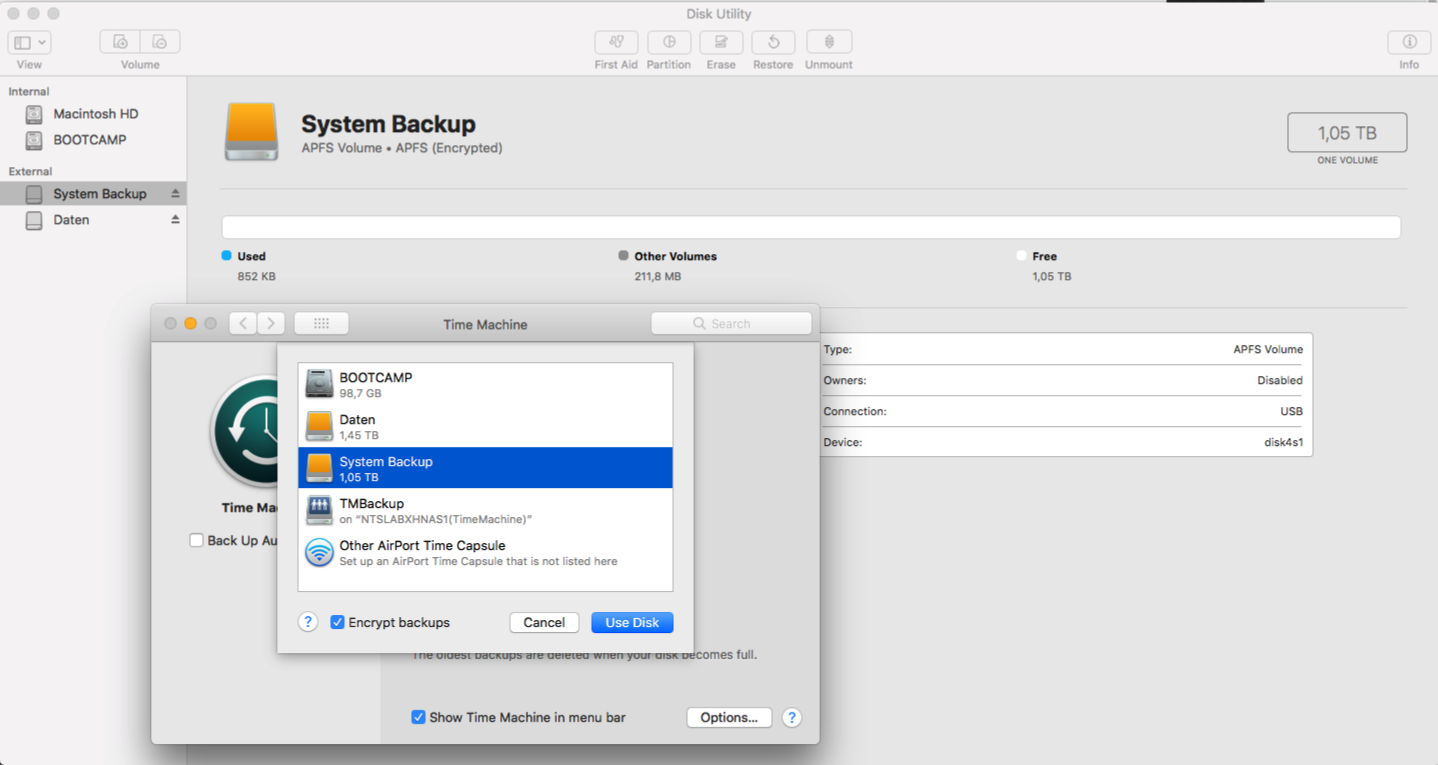 If you like doing things manually, here's more details and explanation that you want an HFS based drive to hold the backup whether you start from APFS or HFS.

Up until OSX Big Sur (11.0), you could not use an external disk with APFS for a time machine backup. You had to use Journaled HFS+. To do so, first, format your external disk as JHFS+ (Encrypted). After that, go to Settings > Time Machine and select your disk. If you have the option, select "Encrypt Backup". This way, your backup will be encrypted. So the answer to your question is neither of them. It is Journaled HFS+ (Encrypted). Under these older versions of OSX, if you try to use APFS with Time Machine, you'll get the following warning:

Source: Apple - Backup disks you can use with Time Machine (APFS isn't mentioned at all)

APFS or APFS Encrypted disks are the preferred format for a Time Machine backup disk. If you select a new backup disk that’s not already formatted as an APFS disk, you get the option to erase and reformat it. If the disk is a Mac OS Extended format disk that contains an existing Time Machine backup, you aren’t asked to erase and reformat the disk.

Source: macOS User Guide: Types of disks you can use with Time Machine on Mac

Not the answer you're looking for? Browse other questions tagged hard-drive backup time-machine filevault encryption .